What is the Offering of Letters?

Bread for the World’s annual Offering of Letters campaign engages churches, campuses, and other faith communities in writing letters to Congress. Each year, for the focus of the campaign, we choose specific legislation or a legislative emphasis that can make a real difference to people struggling with hunger and poverty.

People write letters, usually as a group, and present them as an offering to God before mailing them to Congress. Hundreds of Offerings of Letters are held each year, resulting in tens of thousands of letters to Congress. Supported with prayer, these letters are a bold witness to God’s justice and mercy. They have, and continue to have, a significant impact on the decisions made in Congress. What is the 2017 Offering of Letters About?

The United States and the world have made substantial progress toward ending hunger and poverty over the past several decades. Worldwide, extreme poverty — living on less than $1.90 a day — has been cut in half over the past 30 years. But more work needs to be done. Nearly 800 million people in the world are still hungry. In the United States, 1 in 6 children lives in a family that struggles with hunger.

Nations around the world, including the United States, have agreed to work for an end to hunger and related goals by 2030. And there is growing recognition among faith leaders, nongovernmental organizations, and business leaders that ending hunger and extreme poverty by 2030 is achievable.

Families, churches and community groups, and businesses all need to do their parts to end hunger. It’s crucial that our government also does its part. Through this 2017 Offering of Letters, we urge Congress to make funding decisions that put our country and the world on track to ending hunger by 2030. This will be a challenging year. Programs that help families alleviate hunger and get out of poverty are threatened with deep funding cuts. As in years past, your persistent and faithful advocacy will be important in defending the interests of people who are hungry. Congress must pass budget and appropriations bills that put us on track to end hunger by 2030. In 2017, Congress must invest in key programs that have a proven track record and improve the lives of hungry men, women, and children.

Vital policies and safety-net programs — including WIC, global nutrition, SNAP, and refundable tax credits — must be properly funded and protected. Dismantling or cutting funding for such programs by the 115th Congress would take us backward and make the goal of ending hunger by 2030 unlikely.

We have made great progress reducing hunger and poverty in our country and around the world, but our work remains unfinished. Families, churches and community groups, and businesses all need to do their parts to end hunger. It’s crucial that our government also does its part. 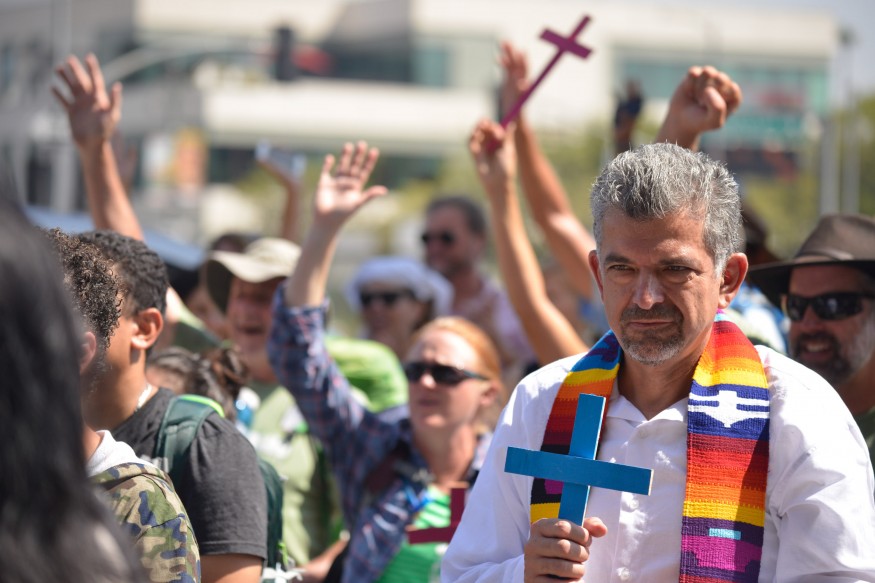 Biblical Basis for Our Campaign

The Apostle Paul reminds us that, because of Christ’s death and resurrection, we are “a new creation” (2 Corinthian 5:17). We see the world with new eyes and with hearts filled with God’s limitless love.

And so, remembering Joseph in Egypt, Jesus feeding the thousands, the early church in Acts, and Paul’s charge to the Corinthians, we are moved to do our part to end hunger by advocating for Congress to make funding decisions that begin to lay the foundation for a world without hunger.

These proposals include full employment, job creation, reframing our tax codes, safety-net programs like SNAP, WIC, global nutrition, and international development programs focused on poverty. The federal budget also sets the trend for states and other nations. By working to persuade Congress and the president to fund these measures, we are doing our part to end hunger and realizing God’s vision of a world where all people “will hunger no more” (Revelation 7:16). How the Federal Budget Affects People

Once poor and a domestic worker outside her country, Mercedita Cubar today is the president of the Farmer’s Federation of Pototan, a town considered the rice granary of the central Philippines. Despite being the eighth largest rice producer in the world, the Philippines is one of the largest rice importers. Simply put, the Philippines consumes more rice than it produces.

It is not unusual for a woman farmer like Cubar to lead such a group in the Philippines. Eight out of every 10 smallholder farmers worldwide are women, and the Philippines is no exception. However, limited fertile land, irrigation, and now climate change have conspired against farmers working to provide rice to the country’s 97 million people.

The Philippines, an archipelago of 7,100 islands strung along the Pacific Ring of Fire, is ranked among the top 10 countries worldwide at risk from climate change and natural disasters. This island chain has one of the highest exposures to climate change risks like typhoons, floods, landslides, and droughts. Fortunately, many Asian countries like the Philippines have launched programs to help smallholder farmers adapt to rapidly changing weather patterns.

One of those programs is the Philippines Climate Change Adaptation Project (PhilCCAP), made possible through an agreement between the Philippine government and the World Bank. The United States is the World Bank’s largest shareholder, which means the U.S. gives a substantial amount of money to the World Bank for development projects that help many people, especially those struggling with hunger and poverty. Read more.