Bread for the World's 2019 Offering of Letters to Congress: Better Nutrition, Better Tomorrow

Bread for the World’s annual Offering of Letters campaign engages churches, campuses, and other faith communities in writing letters to Congress. Each year, for the focus of the campaign, we choose specific legislation or a legislative emphasis that can make a real difference to people struggling with hunger and poverty.

People write letters, usually as a group, and present them as an offering to God before mailing them to Congress. Hundreds of Offerings of Letters are held each year, resulting in tens of thousands of letters to Congress. Supported with prayer, these letters are a bold witness to God’s justice and mercy. They have, and continue to have, a significant impact on the decisions made in Congress. Already completed your Offering of Letters? Report your results » 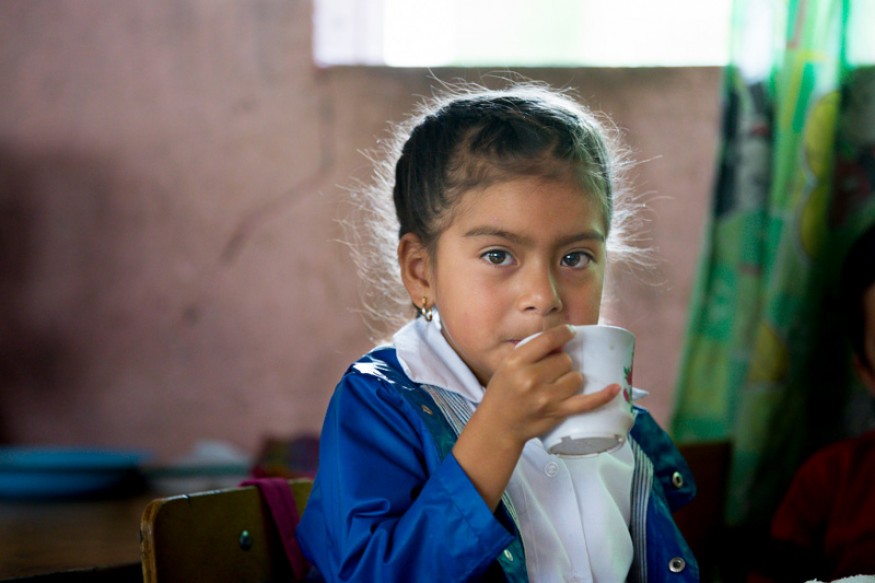 What is the 2019 Offering of Letters About?

Over the past several decades, the world—with a strong commitment from the United States—has made great progress toward ending hunger by promoting global nutrition programs. Hunger and poverty rates have been cut nearly in half during the past 30 years. In countries such as Ghana and Honduras, stunting—when a child does not grow and develop properly because of chronic malnutrition—has been reduced by nearly one-third in approximately 10 years.

We have the tools to move toward our goal of ending hunger. Good nutrition during the 1,000-day period from the beginning of a woman’s pregnancy to her child’s second birthday is critical to a child’s health and future well-being.

As people of faith, we are called to care for one another and speak out for those in need. Bread for the World’s 2019 Offering of Letters: Better Nutrition, Better Tomorrow urges our government to accelerate progress toward ending hunger by increasing funding for global child nutrition programs.

Today, nearly 821 million people in the world—11 percent of the world’s population—remain hungry. One in 4 of the world’s children are affected by stunting, resulting in irreversible life consequences. Countries in Central America, South Asia, and Sub-Saharan Africa are disproportionately affected. Almost half of all child deaths worldwide are linked to malnutrition. 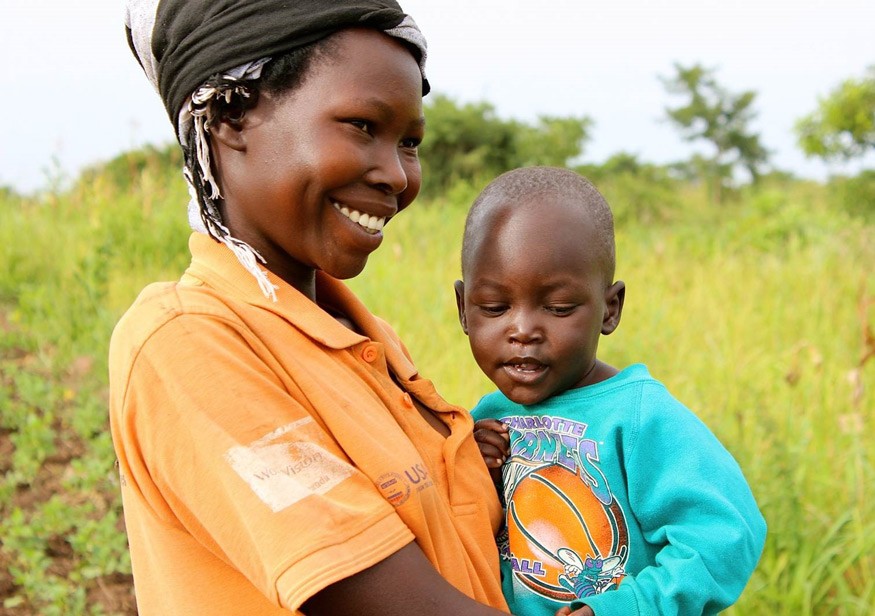 A Brighter Tomorrow for Our Children

Esther Okwir was nearly five months pregnant with her first child when she walked a mile to her local clinic for a nutrition lesson. After a morning’s work in her family’s fields, Esther joined three dozen other moms-to-be and new mothers gathered around midwife Susan Ejang, who made a most astonishing proclamation: "Your child can achieve great things."

Greatness? An excited murmur raced through the assembly. It was an audacious notion in northern Uganda, where a child’s mere survival was an achievement in a harsh climate for both agriculture and peace.

A half century of conflict and poverty had left a legacy of malnutrition and a woeful healthcare system. Who could dare dream of greatness for their child?

To Esther and the other moms, the midwife in her white lab coat seemed like a modern-day incarnation of the angel Gabriel, who two millennia earlier had appeared to one young woman with the message that she would give birth to the Son of God. Susan’s message wasn’t quite that momentous, but it was certainly a bolt from the blue. And it required a leap of faith.

In northern Uganda, the death rate of children under age 5 is among the worst in the world: 90 per 1,000 live births. Of the children who survive, 40 percent are stunted physically and cognitively with irreversible life consequences due to malnutrition. Esther and her husband Tonny had grown up during the madness of warlord Joseph Kony. During years of terror, families abandoned their farms and scrambled to find safety.

"You take good care in these days and your child won’t be malnourished," Susan told the moms. "The next president of the country may come from this group!"

Esther believed she was fortunate to give birth at a time when her country made improving child nutrition and reducing stunting a priority. The importance of the first 1,000 days is enshrined in Uganda’s long-range nutrition plan; if Uganda is to achieve its ambition of becoming a middle-income country, all its children need to reach their full potential.

Doing her part, Esther eagerly embraced a new initiative known as Harvest Plus, a U.S. government-funded program integrating agriculture and nutrition. Harvest Plus raises the nutrient levels already in staple crops, ensuring that more vitamins and minerals enter the diets of poor farmers.

Esther and her husband, both smallholder farmers, planted the new Harvest Plus crops: orange-fleshed sweet potatoes rich in Vitamin A and beans with more iron. Come harvest time, Esther included the two vegetables in nearly every meal. She had a healthy pregnancy and delivered a robust baby boy named Rodgers.

Once he began eating solid foods, the sweet potatoes and beans became Rodgers's favorites. As he grew, Rodgers was clearly beating the odds of a child in Uganda: his development was outpacing the growth charts, and he was neither malnourished nor stunted. After turning three, Rodgers joined the nearby nursery school. He loves singing songs and chanting the alphabet; his teachers say he is an eager learner.

Esther dreams of great things, recalling the midwife's words. Her son, the president? "That," she said, "would really be something."

This story was written by Roger Thurow, an author and a senior fellow for the Chicago Council on Global Affairs, who adapted it from his book,"The First 1,000 Days: A Crucial Time for Mothers and Children—And the World." To accelerate progress on nutrition, we must scale up what we know works: improved access to nutritious foods, vitamins and minerals, clean water and sanitation, promotion of breastfeeding, and treatment for severe malnutrition.

Current funding is not enough to reach our global nutrition goals, and powerful political forces are pushing to curtail poverty-focused assistance.

All children deserve the opportunity to live a healthy life and reach their full potential. Join us in making this opportunity a reality!

Congress should pass legislation to establish a new, scaled-up approach to global nutrition. Passage of a bill or resolution will strengthen U.S. commitment to global child nutrition and will lead other countries to join us in the global effort to end hunger.

Urge Congress to protect and increase funding for global nutrition

Congress should increase funding for global nutrition programs. At the same time, our government—through the U.S. Agency for International Development (USAID) in particular—should strengthen its capacity to address malnutrition.

At a time of sharp political division in our country, participating in the Offering of Letters can unite Americans around a common cause for which millions stand to gain.

"We support Bread because it magnifies our voice on behalf of hungry people."

Have a question? Connect with a Bread for the World organizer: 800-822-7323 or organizing@bread.org.
Already completed your Offering of Letters? Report your results using our feedback form.

Join the Campaign
Write Your Members of CongressAct

Information in the toolkit will help you and your group write meaningful handwritten letters or personalized emails to your representative and senators in Congress. If you've already completed your Offering of Letters, report your results here. 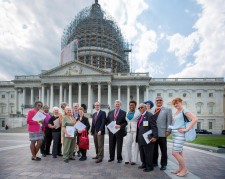