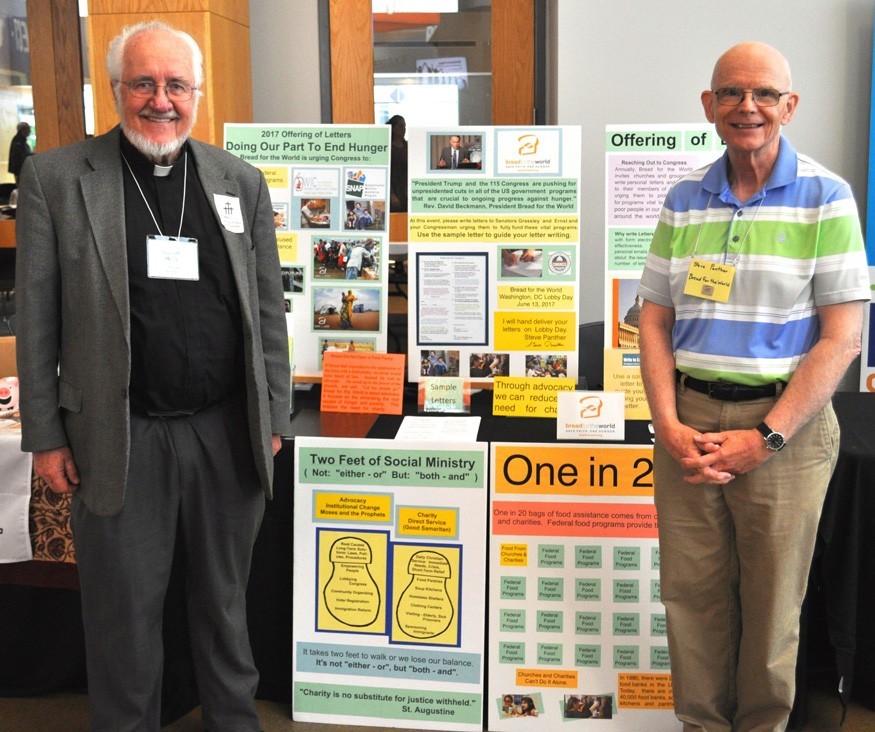 Stephen Panther is just the kind of committed leader that helps Bread for the World win victories for people experiencing hunger and poverty.

Panther, who lives in Iowa City, has been encouraging local congregations to write letters urging Iowa’s lawmakers to help craft a fiscal year 2018 budget that protects funding for anti-hunger programs. He will deliver the letters in Washington, D.C., as part of Bread for the World’s Lobby Day on June 13.

This year’s Offering of Letters: Doing Our Part to End Hunger asks Congress to pass a budget and appropriations bills that put us on track to end hunger by 2030. Reaching out to members of Congress on our nation’s spending priorities has never been more urgent. The work that Panther is doing in his community to scale up advocacy is vital, especially in the face of President Trump’s budget proposal that ‘robs the poor to pay the rich.’

Encouraging letter writing is just one part of Panther’s strategy to ensure that he is influencing his U.S. senators, Charles Grassley (R-IA) and Joni Ernst (R-IA). On May 24, Panther led a group of seven faith leaders to Cedar Rapids, Iowa to meet with Grassley's regional director, Fred Schuster and Sam Pritchard, the regional director for Ernst.

“We expressed our concerns about President Trump's budget, cuts to hunger programs; especially SNAP, block grants, the American Health Care Act, cuts to Medicaid,” Panther said. Each of the participants at the meeting was able to contribute to the meeting, making it clear to Schuster and Pritchard that policies crafted in Washington, D.C., have consequences in Iowa City. The leaders left pleased to hear from Grassley’s office that the Trump budget would be extensively modified.

It will take more advocacy actions targeted at Sens. Ernst, Grassley, and the rest of Congress to ensure those modifications include protections for programs ending hunger both at home and abroad — and Panther is planning ahead. “I feel this meeting has formed a foundation for the D.C. Lobby Day,” he said.

“We couldn’t do what we do without people like Steve organizing in their own communities and building relationships with members of Congress,” said Matt Gross, interim co-director of grassroots organizing at Bread for the World.