Activists in Action: A message to the risen Savior 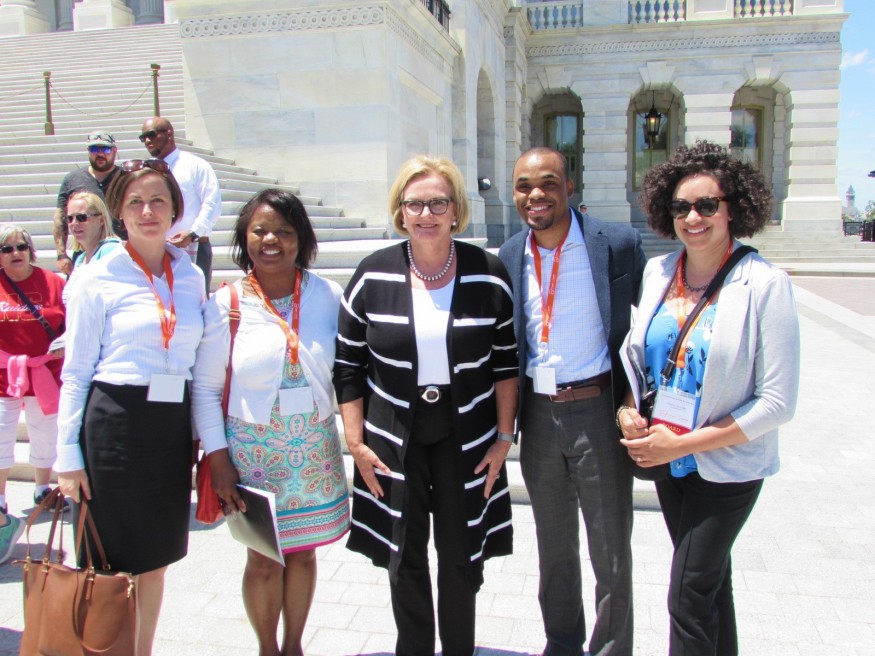 Derick Dailey remembers vividly the moment he realized his voice could have an impact on legislation.

He was still in college and had trained as a Bread for the World Hunger Justice Leader, but advocacy was still just an idea. It wasn’t until he participated in an in-district meeting with his then U.S. Senator Kit Bond, a Republican from Missouri who is now retired, that he realized the power of his voice. During that meeting, the senator agreed to cosponsor the Global Food Security Act.

“For me, that was a moment of inspiration—a sort of a breakthrough moment,” he said.

Although he grew up in the AME Church with its roots in the civil rights movement, Dailey said he didn’t always think that legislative advocacy worked. A senator responding so quickly to a constituent’s request helped change his mind.

Fast-forward a decade later and he is now a practicing attorney, a former member of Bread’s Board of Directors, and a leader in Bread’s Pan-African Young Adult Network. Since that turning point in Sen. Bond’s office, he has never stopped using his voice to impact legislation.

Dailey was on Capitol Hill for Bread’s annual Lobby Day in June to advocate again for the Global Food Security Act. The legislation originally passed in 2016 and is up for reauthorization this year.

“It comes full circle,” said Dailey, with a smile.

Faith and experience drive him to speak up on important issues at every opportunity. During Lobby Day, he and a group of Missouri Bread members saw Sen. Claire McCaskill (D-MO) on the Capitol steps meeting with students. Without hesitation, the group seized the opportunity to ask her to cosponsor the Global Food Security Reauthorization Act. They even got her to pose for a picture.

It was not lost on Dailey that a one-on-one conversation with a member of Congress is a privilege and a testament to democracy. Not every country allows its citizens access to powerful decision makers.

That is something that should never be taken for granted, he said.

When asked what a citizen lobbyist should take with them into a legislator’s office, Dailey’s responded with two words: courage and conviction. “It’s so important for activists to understand that their story has a worth to it—that their perspective is worthy of being heard, especially in this political climate,” he said.

Courage is only one part of the equation though. Leaning on God is the other part, he said.

Dailey summed up what legislative advocacy means to him during a dinner on the eve of Lobby Day. It’s a message to a risen Savior that we are committed to love and serve him. Doing justice and what is right by poor and hungry people is more than just a biblical commandment, Dailey said.

“It is an opportunity to show God how serious we are about our faith,” he added.

Not every country allows its citizens access to powerful decision makers.