Activists in Action: Organizing through ecumenism 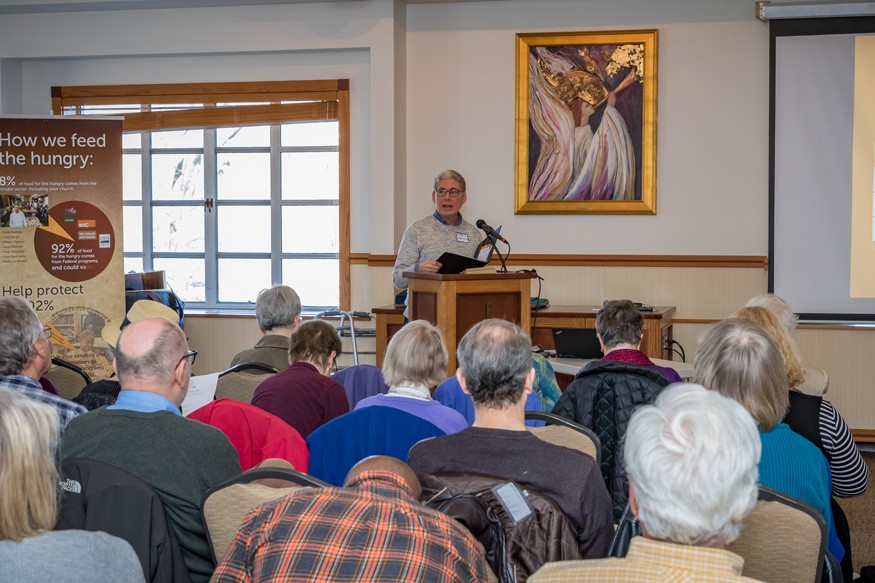 When the Bread Indiana Leadership Team met in early March for an Offering of Letters workshop, they had two goals: Get at least 50 churches to join a multi-church Offering of Letters and persuade Indiana’s members of Congress to cosponsor the Global Food Security Act (GFSA).

They can check one of the goals off their list.

U.S. Sen. Todd Young (R-Ind.) added his name to the cosponsor list for the Global Food Security Act (S. 2269), a week after his office was flooded by roughly 45 calls from the Indianapolis workshop participants.

The legislation—passed in 2016 and up for reauthorization this year—sets the successful U.S.-led approach for increasing global food security and nutrition through programs like Feed the Future. Matt Gross, director of Bread’s organizing department, said building a strong bipartisan list of cosponsors was key to the 2016 passage and will be equally important again. “The more cosponsors leadership sees on a bill, the more likely it is to come up for a vote and pass,” he said.

Including multiple issues is not business as usual at a traditional Offering of Letters workshop, which usually aims to teach participants how to facilitate a letter-writing event. However, the Bread Indiana team is thinking outside the box.

“The leadership team was looking for an opportunity to use the power of the voices gathered to make an immediate impact and building the GFSA list is a big priority for us right now,” Gross said. “Bread for the World advocacy has been growing in Indiana because they are organizing an ever-growing number of voices into targeted action—and it’s paying off.”

One Bread leader who understands the power of multiplication is Charlie Gardner, a member of the leadership team. Gardner encourages multiple churches to work together and combine letters. Last year 42 congregations in central Indiana participated in a joint ecumenical Offering of Letters, delivering 3,630 letters in-district. He’s aiming even higher this year.

“We are hoping that we will have at least 50 congregations this year,” said Gardner, who was happy with the workshop’s turnout, which included many representatives from congregations. In the next two months, churches will hold letter-writing and blessing events and then representatives will reconvene to hand-deliver most of the letters to Indiana’s members of Congress.

Fostering Christian unity is the calling that drives Gardner to come back each year and bring even more congregations along. “When we work together doing what the Gospel calls us to do, then we are not just building stronger relationships across denominations, we are building stronger faith communities based on understanding and not fear,” said Gardner.

Whether it is mobilizing around the GFSA or organizing letters about the U.S. budget, the Indiana team has figured out a winning formula that combines faith, a dedication to ecumenism, and a commitment to strategic action.

Fostering Christian unity is the calling that drives Gardner to come back each year and bring even more congregations along.