Activists in Action: An unexpected guest 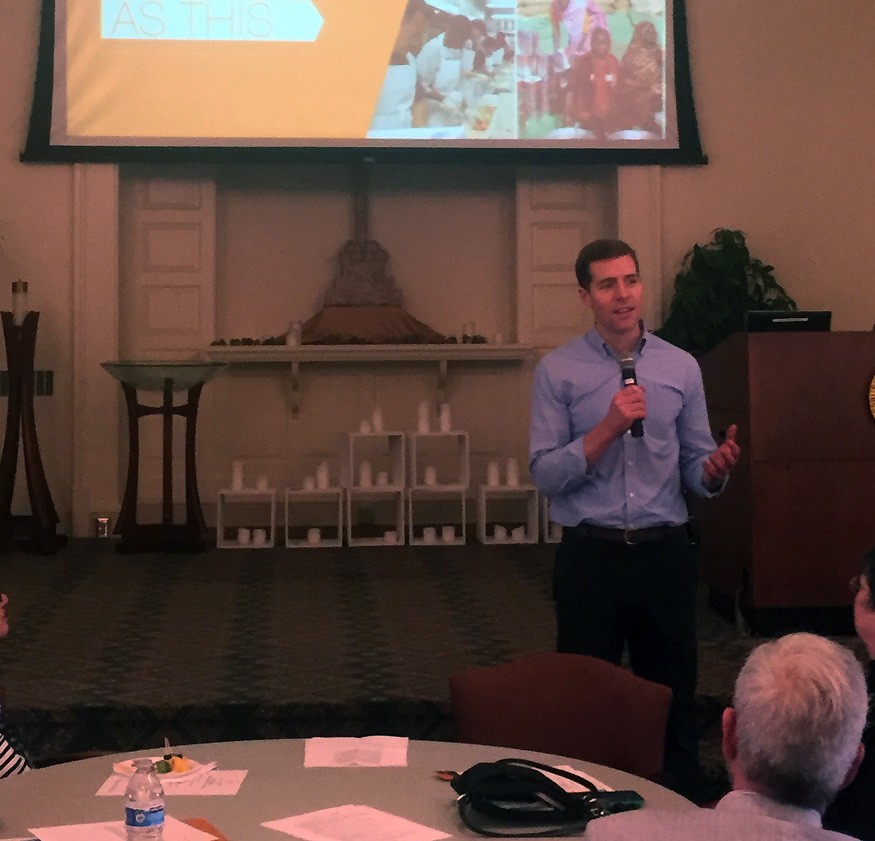 When Southwest Pennsylvania Bread team leaders asked then-candidate Conor Lamb about his stance on anti-hunger programs earlier this year, they never expected he would be the guest speaker at their Offering of Letters workshop just a few months later.

Lamb, who recently won the special election to represent Pennsylvania's 18th district in the U.S. Congress, told the April 15 workshop participants that he supported a strong Supplemental Nutrition Assistance Program (SNAP) as part of the farm bill. Joyce Rothermel and Myra Mann, Bread team co-chairs and workshop organizers, said they thought the congressman had learned a lot about the farm bill by the time he spoke—an education that started on the campaign trail.

Mann was not impressed with Lamb during a January forum when she asked him what he would do for people experiencing hunger, if elected. She said his answer was brief and lacked depth. His response focused on school nutrition programs only, but she admits her question was phrased very generally.

Mann said Lamb needed to hear more about the importance of SNAP and the earned income tax credit (EITC). Mann's faith and her daughter's struggle to provide for her own family on only a $10 an hour nursing assistant job are the driving forces behind her advocacy.

SNAP is at risk under the new House Farm Bill proposal, making the issue urgent and legislation the newly-elected Lamb will vote on. The legislation imposes stricter work requirements that, if passed, would push more than 2 million people off the nutrition program.

"It makes me bristle," Mann said. "No one works harder than my daughter. She is burning it at both ends." Mann has not only seen first-hand the hard work it takes to survive on low-wages but says programs like SNAP and EITC keep her daughter's head above water.

Mann hoped Rothermel would have better luck getting Lamb to talk about SNAP when it was her turn at the microphone during his February Pittsburgh meet-and-greet.

Rothermel was prepared. She told Lamb that SNAP was under attack in the upcoming farm bill before asking if he would pledge, if elected, to work with anti-hunger advocates around food security. He made the pledge and this time he mentioned SNAP in his response.

Educating candidates about hunger before they are elected is a key part of Bread's I Vote to End Hunger campaign.

"I think it's critical to familiarize the candidates with the issues of food insecurity," Rothermel said. In fact, she sees it as an important void advocates should fill, especially when moving an urgent issue such as the House Farm Bill's threat against SNAP to the top of a candidate's priority list.

And that pledge Lamb made earned him an invitation to the Offering of Letters workshop organized by Mann and Rothermel. The idea for the invite came from Bread organizer Margaret Tran who reminded the women about Lamb's pledge.

So, they asked and he came.

"Elections are about educating potential members of Congress and setting the foundation for a long-term relationship," Tran said. "Joyce and Myra's persistence and dedication are a testament to how Bread leaders are the driving force behind our work to end hunger."

Educating candidates about hunger before they are elected is a key part of Bread's I Vote to End Hunger campaign.