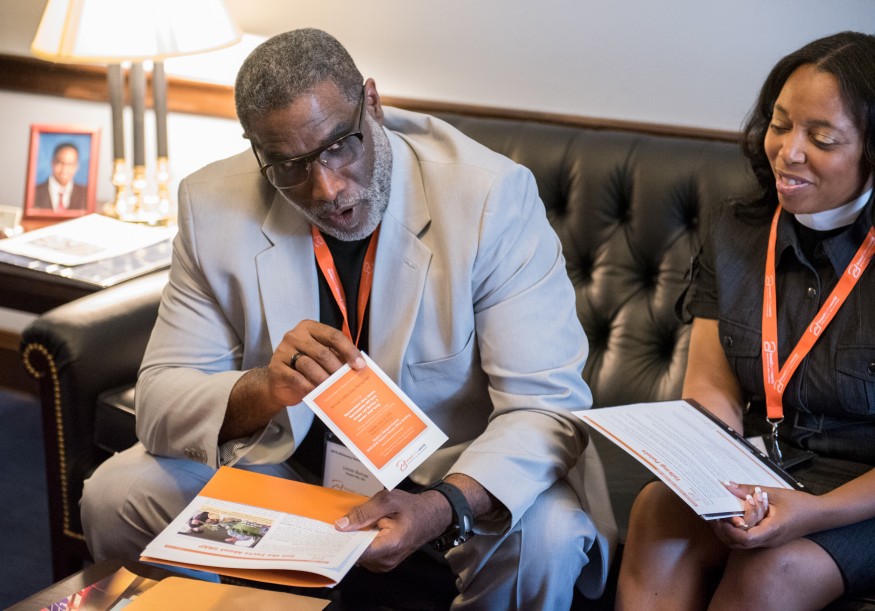 A decade ago, Bread for the World helped convince the U.S. government to promote new-style, evidence-based nutrition programs around the world. Partly because of these programs, the number of children in the world who are stunted has dropped by 22 million.

Bread for the World members and churches pushed to build broad bipartisan support for sustained and strengthened U.S. leadership in reducing child malnutrition around the world. And we have achieved that.

Last year, Bread for the World focused its annual Offering of Letters on global nutrition so mothers and children could get the foods they need to lead healthy and fulfilling lives. “Because of the advocacy of Bread members, both the House and Senate introduced their own versions of a Global Nutrition Resolution,” said Heather Valentine, director of government relations at Bread for the World.

So far, a total of 185 members of Congress from both parties have cosponsored the resolutions. The bipartisan resolutions passed out of their respective committees unanimously. The full Senate approved its version Jan. 14. The entire House has yet to vote on its own version.

“In 2019, Bread and its partners urged Congress to agree on a fiscal year 2020 budget that would allow increases in poverty-focused programs. They did that in September and agreed on detailed appropriations in December,” said Jane Adams, senior policy analyst at Bread for the World.

As election day draws near, it’s important that Bread for the World members help candidates who care about issues that affect hunger get elected.

Bread for the World has taken the lead in the Circle of Protection coalition of Christian organizations in urging presidential candidates to make short videos about their policies to reduce hunger and poverty.

To date, several presidential candidates have posted statements. In early December, Bread sent out an email to 110 million faith-connected voters, inviting them to consider these videos and give candidates their feedback through text messages.

More videos are expected. By publicizing the videos, the Circle of Protection hopes to make poverty and hunger key issues for candidates and voters in the 2020 elections.

2019 was a challenging year politically. Yet, Bread and its members achieved significant results for those struggling with hunger and poverty in the United States and around the world.

In 2020, let’s work even harder to ensure Congress hears our voice loud and clear—that ending hunger is possible. There just needs to be the political will to do it.

Bread for the World’s government relations staff contributed to this article.

In 2020, let’s work even harder to ensure Congress hears our voice loud and clear—that ending hunger is possible.