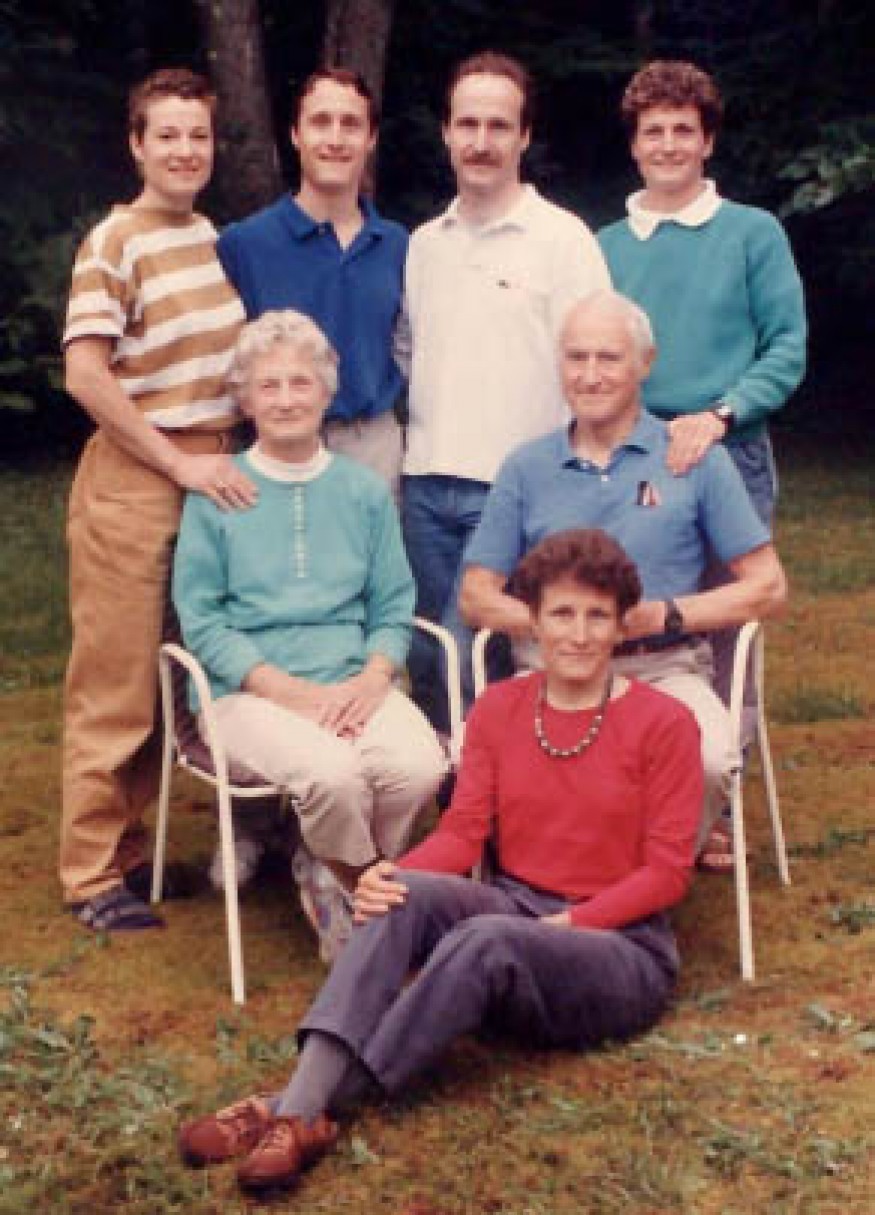 When a couple pulls up stakes as they prepare for retirement, the common move might be to a bucolic setting. Not Frances Kellogg and her husband, Howard. After raising their five children in Bryn Mawr, Pa., the couple relocated to downtown Philadelphia.

"Our neighbors thought we were crazy," Frances remembers, laughing. "But I could run errands on my bike or on foot. It was easy to attend a concert using public transportation. In fact, some of our new neighbors were in the orchestra. We could hear from them what it was like to perform." For the Kelloggs, the move seemed a practical one.

When asked why she is a member of Bread for the World, Frances' answer is equally practical. "Hunger is basic. More basic than shelter. Bread for the World works with Congress to end hunger problems. I subscribe to Charity Watch, and Bread receives a high rating."

Frances was raised in Bryn Mawr, but during World War II she traveled the country as part of the Women's Army Corps. First, she was stationed in Philadelphia. Transfers to Tampa, Michigan, and Fresno, Calif., followed. "I have always loved mountains," she says. "From Fresno, a GI friend and I would hitchhike in uniform to Yosemite. This Tennessee GI could never get over the idea of a woman who could hike all day!"

After the war, Frances returned to Bryn Mawr. Because money had never been a problem for the family, she accepted her mother's advice to do volunteer work. Then 28 years old, Frances landed a secretarial job with the American Friends, otherwise known as the Quakers. In May that year, she was invited to dinner at the home of a distant cousin and was told that Howard Kellogg would pick her up. The two found a common love: mountains and hiking. In October, the couple wed. They spent many happy years hiking in New Hampshire. When Howard retired from his work as an attorney, he hiked the entire Appalachian Trail.

Frances says her charitable giving is motivated by faith and having been blessed with financial means. Back in Bryn Mawr, when the Kelloggs were raising their children, they attended a wealthy church. "It bothered me," Frances says. Suzanne Hyatt, another parishioner who was a trained social worker, felt the same way. "She radicalized me," Frances says. "A group of us met in each other's homes to worship." The Church Without Walls stayed together for 30 years before disbanding.

Frances and Howard now reside in a retirement community in Gwynedd, Pa. Their children and nine grandchildren are scattered across several states. The family owns a place in New Hampshire and sometimes meets there. One grandchild has taken up hiking, even taking on the Appalachian Trail, as his grandfather did years ago.

Today, Frances attends St. Michael's Episcopal Church in Philadelphia. In fact, at 96 years old, she drives herself to church each Sunday. She participates in the church's food pantry by bringing food as part of her offering.

Frances has good friends and belongs to a reading club and a meditation group. She has taken on her husband's old job of maintaining the records of her charitable gifts on 3 x 5 cards. "Bread for the World appeals to me more than other organizations doing good work," she says. "I can't imagine being a mother unable to feed my children."