‘This is a cause worth getting up for in the morning’ 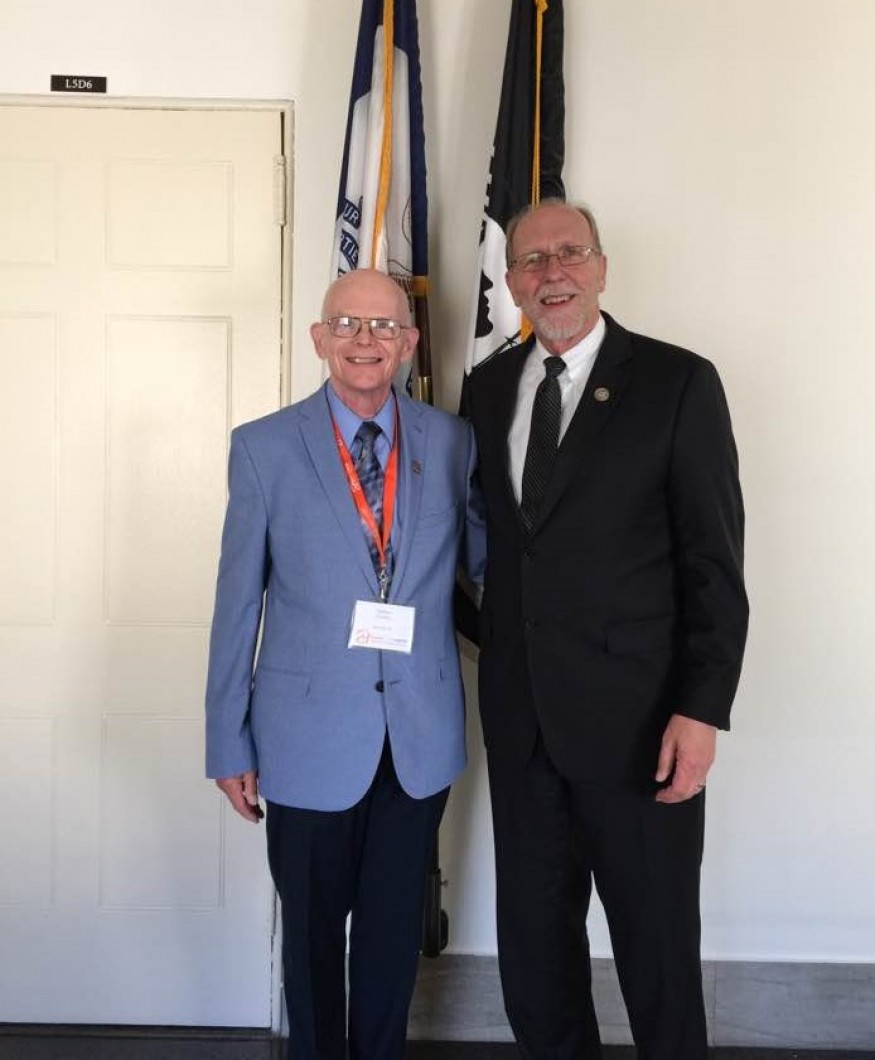 Before he speaks, there is often a pause. Steve Panther is the kind of guy who thinks about his words. He listens with just as much intentionality.

For almost a decade now, Panther has been an active Bread for the World member from Iowa City, Iowa, building strong relationships with his members of Congress and putting his faith in action. Retired from a nursing career, he now spends time with his four grandchildren and describes himself an enthusiastic bird watcher.

“I have a profound sense of gratitude for the blessings in my life,” he says. It is the motivation for why he is involved in anti-hunger advocacy.

In Iowa’s 2nd congressional district, he is leading the Vote to End Hunger efforts to introduce Bread to the two candidates vying for the seat that retiring U.S. Rep. Dave Loebsack, a Democrat, is vacating after 13 years. Panther has now facilitated meetings with both Rita Hart (D) and Mariannette Miller-Meeks (R).

Bread’s election work is a prime example of the bipartisan approach in which leaders like Panther thrive. The goal is to begin building relationships that set a foundation for future conversations regardless of party affiliation. Conversations that can be, and often are, transformative.

The first meeting was with Hart. Panther included Bread members he knew would be able to tell compelling stories and could show the candidate what Bread is about and establish ourselves as a trusted resource on hunger-related issues.

Storytelling is one of the strongest bridge-building tools there is because it reminds us that we are more alike than we are different. It forces us to see the complexity of our shared humanity.

For the meeting with Miller-Meeks, Panther likewise organized a group of storytellers and advocates. Before the meeting, he worried that finding common ground might be difficult. However, Miller-Meeks told her own compelling story of overcoming hardship. It changed the way Panther perceived her and helped connect her to the group.

Bipartisanship at Bread means having conversations with members of Congress with whom we may not see eye to eye on an issue. Through dialogue, listening, and persistence, the aim is to move the lawmaker to support policies and programs that can help end hunger and thereby, serve a cause greater than ourselves. A bridge-building approach does not mean sacrificing principles or values, but it does require engaging.

“I tell my granddaughter, it’s always better to build a bridge than to burn it,” Panther says.

Panther has no guarantee that either Hart or Miller-Meeks, if elected, will be supportive the first time he asks them to vote for or against a bill that will impact people who experience hunger. However, he knows from experience that it if he develops the relationships, it probably will make a difference.

Both Loebsack and U.S. Sen. Joni Ernst (R-Iowa) co-sponsored the Global Nutrition Resolution when asked by Panther and other Bread members in Iowa. Panther chalks their support up to good relationships.

Panther’s approach, grounded in gratitude, exemplifies a common thread in Bread members who use anti-hunger advocacy as an extension of the religious experience. The work of advocacy is often as personally transformational as it is at transforming injustice in the world.

And according to Panther, “This is a cause worth getting up for in the morning.”

Storytelling is one of the strongest bridge-building tools there is because it reminds us that we are more alike than we are different.