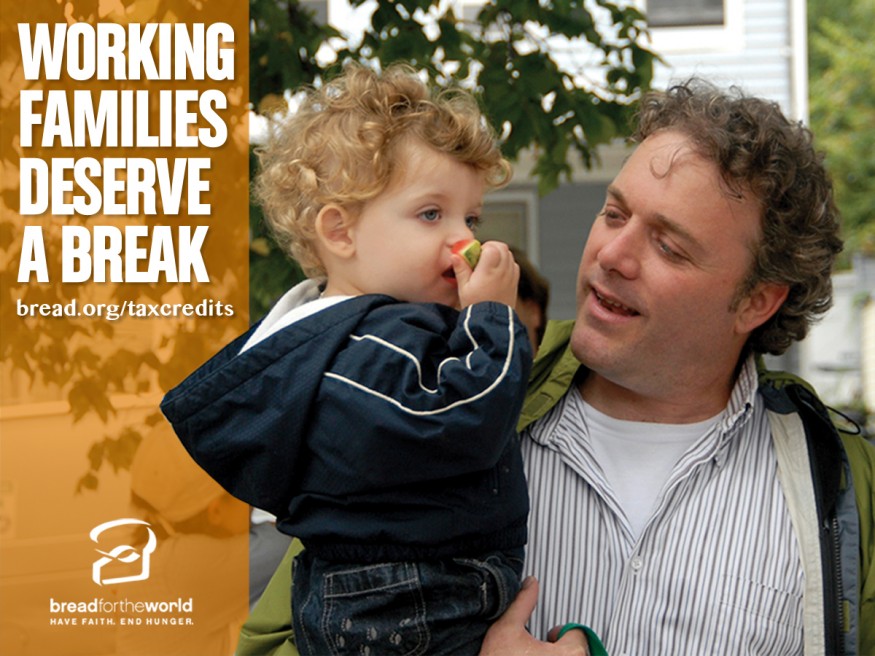 As a child begins his journey through life, economic circumstance can dictate the road he travels – one full of potholes or one with a smooth path to opportunity. However, simple interventions, such as community-led programs and a strong safety net, help to bridge the inequality gap.

Tax credits for working families are bridges. Research shows children who benefit from the earned income tax credit (EITC) and the child tax credit (CTC) do better in school, have improved health, are more likely to attend college, and earn higher wages as adults.

The refundable credits give parents who earn low-wages the extra resource they need to provide essentials for growing children. In 2014, credits moved roughly 10 million Americans out of poverty, including more than 5 million children.

In 2009, improvements to EITC and CTC meant more families were helped, but those improvements are set to expire in 2017. Unless Congress acts, the road will get a lot rougher for many families.

The best chance to stop the 2017 expiration is now. Congress is negotiating a must-pass highway spending bill, which runs out on October 29, and many lawmakers are pushing to make certain popular business tax breaks permanent. Including EITC and CTC improvements in a bill with strong congressional support – and urgency - increases the chance that they will also be made permanent.

However, Congress has not included the low-income credits in proposals so far.

In September, the House Ways and Means Committee approved a package to make some credits permanent, but did not include low-income tax credits.  When the Senate Finance Committee met in July and passed a bill out of committee, many lawmakers spoke about how businesses need certainty. The bill did not include the tax credits for low-income workers, which can increase financial certainty for families.

If Congress is going to make even one business tax break permanent, they must also make expiring provisions of the EITC and CTC permanent.

Congress should also use the opportunity to strengthen the EITC for childless adults and non-custodial parents who are taxed deeper into poverty. This is especially critical for young people just starting out and struggling to pay their expenses, including crushing student debt, on salaries from low-wage jobs.

Finally, making tax breaks permanent must not be paid by those least able to afford it. Sequestration – automatic budget caps – is already squeezing anti-hunger programs.  Congress should not make it more difficult for low-wage workers. Any offsets from tax breaks or from lifting sequestration must protect the most vulnerable in our society.

Road infrastructure is not the only thing made stronger by good policy. Low-income tax credits can bridge both the inequality and wage gaps. Wouldn’t we rather build a road to opportunity than a road to nowhere?

Before it is too late, tell Congress they must make improvements to EITC and CTC permanent.

Wouldn’t we rather build a road to opportunity than a road to nowhere?