The Corruption in Your Face: Anti-Black racism in police brutality 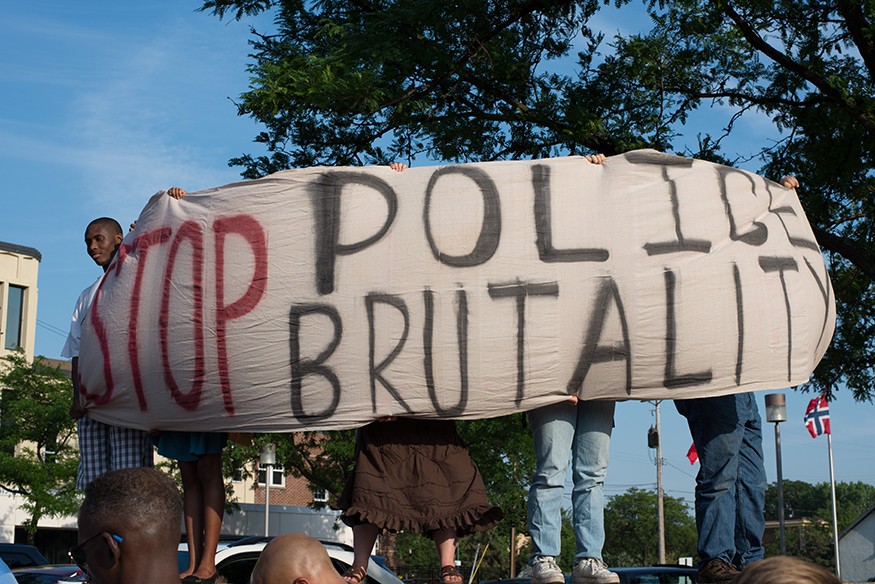 The experience I’m about to describe took place about 10 years ago. I was at the National Press Club in Washington, DC, one of those typical staid events to launch a new Hunger Report on who knows what aspect of hunger. At the time, of course, no one thought there was anything unusual or risky about being together in a crowded room.

On the stage sat four distinguished panelists from the DC milieu of nonprofits, federal agencies, embassies, and so forth. The moderator asked one of them, the ambassador from Kenya, about how much impact government corruption has on slowing progress against hunger and poverty. The ambassador explained that corruption in his country is a problem, and then added matter-of-factly that it is a problem in all governments.

One of the other panelists, the head of a U.S. organization, turned to the moderator and said in a matter-of-fact tone of his own, “There’s government corruption right here [in the United States].”

The room went silent, the moderator paused. It’s hard to describe the awkwardness of the next few moments. There were some bemused smiles around the room.  After what seemed like a long pause, the moderator said rather abruptly, “… Okay then.”

I share this scene to illustrate a side effect of American exceptionalism. We seem to have no trouble identifying corruption in other governments, but when it comes to our own, we have the hardest time equating what we see in other countries with what happens here.

Consider Derek Chauvin, the Minneapolis police officer who murdered George Floyd in broad daylight. It was all captured on a cellphone video. Chauvin is shown staring straight ahead in brazen indifference to the surrounding crowd, full of people pleading for him to remove his knee from Floyd’s neck. Yes, it is about racism, and more specifically, it is about anti-Black racism, which targets and devalues Black people as disposable in many ways. Perhaps the most egregious displays of anti-Black racism, including, the killing of George Floyd, are those committed by law enforcement, because here the devaluation of Black people results immediately in brutality and sometimes death.  The hashtags #sayhisname and #sayhername show that George Floyd’s death was not unique.

This systemic anti-Black racism flourishes because government corruption gives it license. I can’t fathom the impulses of a killer like Chauvin, but it’s clear he wasn’t concerned about accountability. From the time of U.S. chattel slavery to the present day, there have been countless cases of governments excusing violence, protecting police officers, delaying arrests, covering up evidence or refusing to release it, and justifying the killing of innocent Black men and women. Many killings are not even recorded as cases of suspected misconduct, and of those who are, few police officers are charged and even fewer convicted. Worse still, the full extent of the problem cannot be uncovered, and repeat offenders or patterns of police brutality and other misconduct often cannot be detected, because there is no national system of reporting and tracking police misconduct despite years of advocates pressing to have one established. If that isn’t corruption, what is?

At one time, I had believed—for far too long, I’m ashamed to admit—that the difference between government corruption in the United States and in low-income countries was that in other countries, corruption is far more “in your face.” One reason I bought into this is that I have been in countries with higher levels of poverty where I witnessed or experienced corruption directly.
For instance, I was in Uganda several years ago, visiting development projects in the countryside. My Ugandan colleague was driving, and I was in the passenger seat. We weren’t speeding, but we were stopped by a police officer standing outside her vehicle on a road where few other cars were passing by. As the police officer approached the driver’s side window, I could see my colleague tensing up. I thought for a moment, “This can’t be a shakedown. I’m in the car and my white privilege will shield us.” Well, it was a shakedown, and white privilege didn’t prevent it.

White people in the United States have a different experience of the government, especially in-person encounters with officials, than people of color, especially African Americans. I don’t know any white males who fear for their life when stopped by the police. Because we haven’t experienced oppression as African Americans have, white people are more susceptible to the myths of American exceptionalism. The history I learned in school, and what most students are still taught today, makes no effort to deconstruct systemic racism, let alone anti-Black racism, and show how it flourishes through the present. In that way, the official history presented to children is yet another form of government corruption.

The Black Lives Matter movement and the growing numbers of chilling video recordings are pointing out what should have been obvious—anti-Black racism is deadly. I hope the systematic reforms that so many are working to achieve will include changes in education that respond effectively to the whitewashing of history. At Bread for the World Institute, my colleague Marlysa D. Gamblin has developed exceptional resources for filling in the critical gaps in knowledge that far too many people have.

My mind returns to that event at the National Press Club. Most of the people in the room were white, as they usually are at these types of events. Years later, in my thoughts, I interrupt the moderator to say: We need to stop right now and discuss the corruption in the United States that is epitomized by state-sanctioned anti-Black racism, because our arrogance and ignorance allow it to persist.