The dignity in growing food 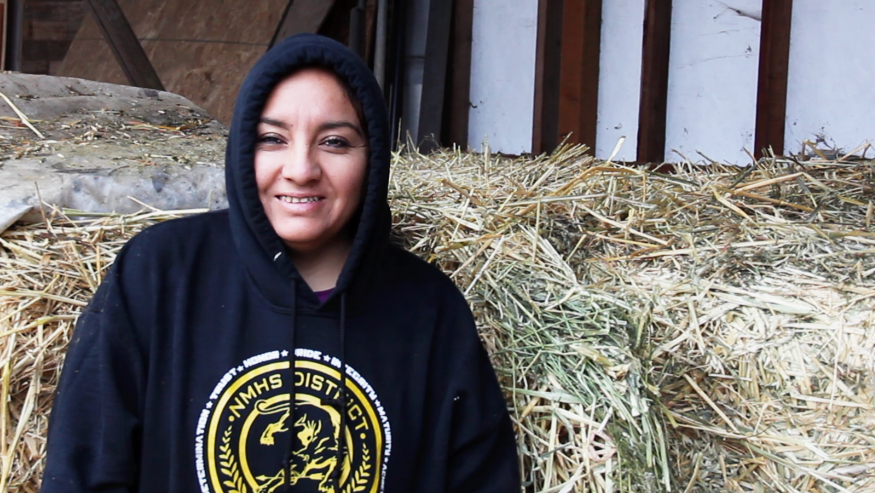 Brought to America at 15 by her then husband, Reyes spent her teens working two jobs. While most young girls her age were fretting over school exams, Reyes’ went to work early every morning, bending over a row of fruit or vegetable in an Oregon field. Her second shift, from 2 p.m. to midnight, was at a lunch cart.

Fast-forward eighteen years, three children, domestic violence, and a divorce later; I meet her in another Oregon field. But this time the plants belong to her.

Reyes rents about an acre of land nestled alongside a busy highway in Cornelius, Oregon. At farmers markets and through a CSA program connected to Adelante Mujeres, an organization that empowers Latinas, Reyes is able to sell what she grows.

Reyes Family Produce—the business she started in 2018—is slowly growing. She dreams of owning her own land one day.

Raising three boys on her own, she still works a second job to make ends meet but doesn’t complain. The pride she exudes while discussing her plants, her plans, and the various ways she is educating herself about farming, is inspiring.

Agriculture is one constant in Reyes’ life. Corn, bean, and watermelon fields surround the close-knit community of San Estaban, Atatlahuca, where Reyes grew up in Mexico—but so does poverty.

Lack of education and employment pushed many young people like Reyes to migrate in the late 1980s, when it is estimated that over half the population was living on less than $2 a day.

“I had barely left middle school when I got married,” Reyes says. “There was no other school; no way to continue studying there.

For many children in rural Oaxaca, six years of schooling is standard, and Reyes made it to nine. Girls are expected to raise children and so education is not a priority. Child marriage—not banned in Mexico until 2014—was common in Oaxaca.

Farmworkers face discrimination and low wages on both sides of the border. In the United States, field workers, especially those who are undocumented, don’t earn enough to meet their own basic nutritional needs.

The opportunity that pushed Reyes to the United States was elusive until she qualified for programs that gave her a foothold in the economy. She is now a permanent resident. During the tough times, Reyes relied on food stamps to feed her children, something she is proud she no longer needs.

In the United States, field workers, especially those who are undocumented, don’t earn enough to meet their own basic nutritional needs.