Do the presidential candidates care about African-Americans?

Last month, an observance of the 50th anniversary of the 1965 Voting Rights Act was led by African-American faith leaders like Martin Luther King III and their related coalitions in our nation’s capital.  Despite the national significance of this law that seeks to empower all Americans, only one presidential candidate was present for the observance - Sen. Bernie Sanders. Hillary Clinton sent a letter. This, despite the history of bipartisan presidential support of this law and the controversy over the Supreme Court decision on June 25, 2013, which effectively struck down the heart of the law by freeing nine states, mostly in the South, to change their election laws without advanced federal approval.

Also last month, the nation observed the tenth anniversary of Hurricane Katrina in New Orleans. In that city, African-Americans have been visibly affected by hunger and poverty. The anniversary captured the attention of our nation and three presidents – Barack Obama, Bill Clinton, and George W. Bush, who were present at the observance. Once again, the majority of the current presidential candidates were absent.

On August 6, the first debate with the Republican presidential candidates, hosted by Fox News, occurred on the one-year anniversary of the death of Michael Brown in Ferguson, Mo. On that day, CNN Money reported: “The city (Ferguson) is still pumping out thousands of new arrest warrants and jailing people over minor offenses… The practice continues despite a scathing report from the Department of Justice in March that found that Ferguson's police department and municipal court were unconstitutionally targeting low-income and minority residents…” While this local issue is a historic challenge for all of us, there was little mention of it in the presidential debate. A few candidates from both the Republican and Democratic parties have visited Ferguson since the debate, however.

This month, a coalition of national African-American Methodist churches and other African-American churches have repeated their call for the end of structural racism. Here again the response of the presidential candidates has been muted.

Despite these national concerns in our American life together, the absence or minimal voice of presidential candidates on these issues raises the question being asked by many African-American church and community leaders: Do the presidential candidates care about the urgent issues of hunger, poverty, race, and voting rights, especially given the disproportionate number of people of African descent who are affected by these issues nationally and globally?

Bread for the World is at the forefront of asking this question of the presidential candidates not only with regard to people of African descent, but also of all of those who are food-insecure and living in poverty.  Bread for the World has a leading role in the Circle of Protection, a multi-racial faith coalition that has invited the presidential candidates to respond to these concerns with a video. You are invited to hear their answers so that your role in ending hunger and addressing poverty is strengthened.

Rev. Dr. Angelique Walker-Smith is national senior associate for pan-African church engagement in the church relations department at Bread for the World. 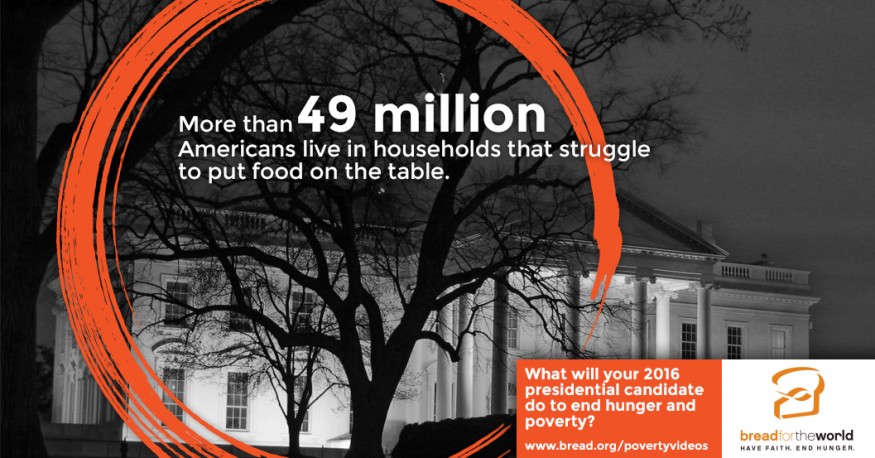 Do the presidential candidates care...?