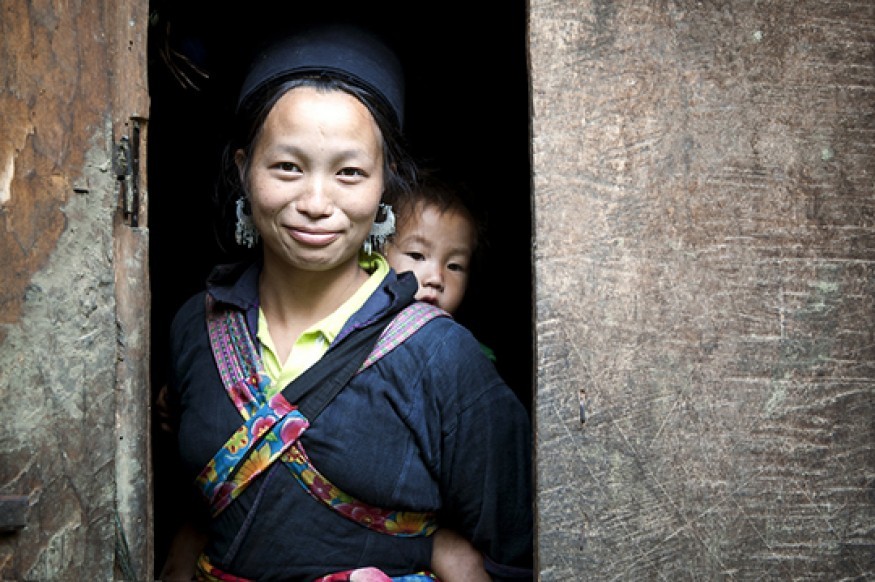 It’s been more than 11 years since The Lancet medical journal published the first of its groundbreaking research series on maternal/child nutrition. It is hard to overstate how influential the 2008 series has been for people throughout the world who are working to end hunger and malnutrition.

The series provided the definitive evidence that the time from a woman’s pregnancy to her child’s second birthday is a critical window for human nutrition. Since then, health and nutrition workers have increasingly focused on the need to reach pregnant women and young children during this window, usually known as the 1,000 Days.

Nutrition during the 1,000 Days shapes a person’s lifelong health and development. Good nutrition at this time is a “game-changer,” boosting people’s resistance to illness, ability to learn, and lifetime earnings. It also helps protect people from the effects of hunger they may suffer as older children or adults.

The opposite is also true. Lack of essential nutrients during the 1,000 Days is a leading cause of preventable child deaths. Those who survive sustain damage to their physical and cognitive development that is often irreversible—a condition known as stunting. Stunted children are far too short for their age, get sick more often, and struggle to learn in school.

A great deal of progress has been made against stunting, including dramatic reductions in some of the poorest countries. Still, approximately 22 percent of all children under 5 were stunted as of 2018. The world is not on track to meet the World Health Assembly target of reducing stunting by 40 percent by 2025.

In addition to the continuing work, however, nutrition challenges have become more complex. Government officials, global organizations, nutrition advocates, and others who plan to attend the Tokyo summit are well aware of a significant change in the pattern of malnutrition in many developing countries: the “double burden of malnutrition” is on the increase. The “double” refers to situations where both undernutrition, such as micronutrient deficiencies, and overnutrition, such as obesity, are present in the same countries, the same communities, and, often, the same individuals.

Once again, The Lancet has published research that can help guide government officials, humanitarian workers, and others as they develop responses to the double burden. Its new report, Dynamics of the Double Burden of Malnutrition and the Changing Nutrition Reality, describes the problem and presents data on which countries, and which people within countries, are affected by either or both of the “burdens” of undernutrition and overnutrition.

According to Lancet researchers, malnutrition has in the past been treated as a separate public health issue, but “the new emergent reality is that undernutrition and overnutrition are interconnected and, therefore, double-duty actions that simultaneously address more than one dimension must be implemented for policy solutions to be effective.” This is a developing field: “Although [research] findings have sometimes converged, there is still work to be done to understand malnutrition's multiple manifestations.”

The double burden of nutrition is defined and measured by the levels of several main indicators of nutritional problems. These generally include childhood stunting, childhood wasting, underweight in women of childbearing age, and adult or child overweight. Depending on the threshold used to indicate a severe burden of overnutrition, the number of countries affected varies.

If, for example, the rate of overweight and obesity considered severe is set at 40 percent or more of the population, there are 10 countries with severe double burdens. If overnutrition affects 20 percent of more of the population, the number rises to 48 countries. Moreover, in every case for which there is past and present data to compare, the problem is worsening. Sub-Saharan Africa, South Asia, and East Asia/Pacific now have the heaviest double burdens of malnutrition.

Solutions that apply to all types of malnutrition, whether it’s in the form of stunting, micronutrient deficiency, obesity, or one of several others, is sure to be the subject of much discussion at the Nutrition for Growth summit as it is in other nutrition forums.

Organizers identify the five priority areas of the Tokyo summit as health, food, resilience, data-driven accountability, and new investment and innovative financing mechanisms. The summit and a kick-off event planned for July, just before Japan hosts the Olympics, “will continue the [Nutrition for Growth] legacy and signal the beginning of a new race … toward a world in which all people, including the most vulnerable, have access to safe, affordable, and nutritious food by 2030.”

The world is not on track to meet the World Health Assembly target of reducing stunting by 40 percent by 2025.