The hidden costs of hunger we all pay for 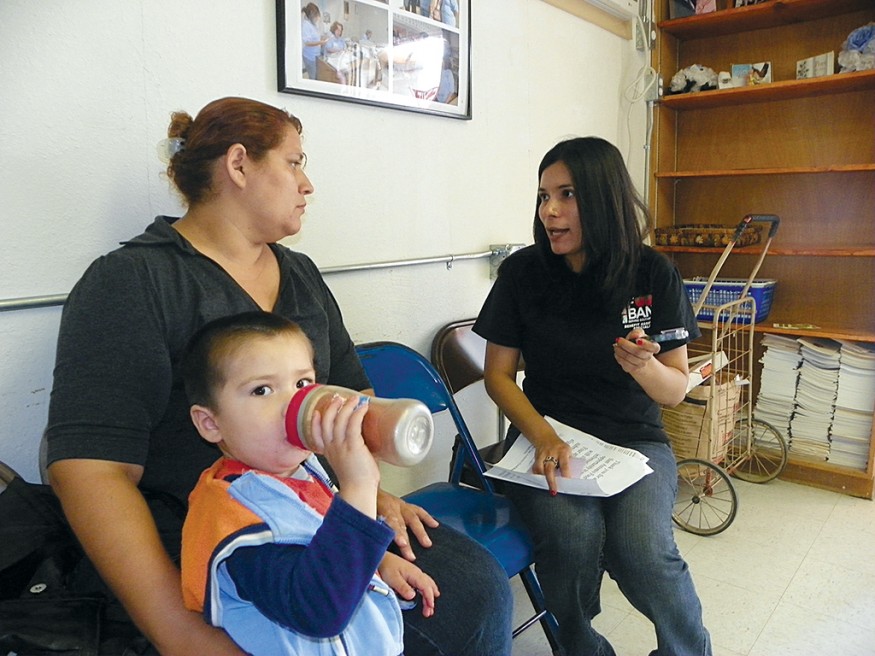 Hunger and food insecurity in the United States cost us all a great deal more than we may realize. Maybe you think I’m talking about school lunches and other food-assistance programs, but those aren’t the real costs. In fact, these programs actually save us money in the long run, for example, by improving educational and health outcomes.

The real costs of hunger are hidden. One major hiding place is the healthcare system. Bread for the World Institute’s 2016 Hunger Report, The Nourishing Effect: Ending Hunger, Improving Health, Reducing Inequality—which was released November 23—shows that in 2014 alone, using very conservative figures, hunger and food insecurity added $160 billion to our national healthcare costs. The old adage “An ounce of prevention is worth a pound of cure” has never been more on the money.

Clearly, hunger can kill in situations like famine—we’ve all seen images of skeletal African children. The less extreme situations that might be seen in the United States can also cause a lot of harm to people’s health. Even “food insecurity”—a rather bland-sounding term—increases the risk of illness and dying young.

Being food-insecure means a person or household does not have regular, reliable access to the foods needed for good health. The U.S. Department of Agriculture determines who is food-insecure based on very specific questions—for example, “In the past 12 months, were the children ever hungry but there was no money for food?” Several questions must be answered “yes” in order for the family to be considered food-insecure.

America’s food-insecurity levels are shockingly high. Each year since 2008, the number of food-insecure people has been stuck between 48 and 50 million. Such consistently high levels of hunger and food insecurity have cost the U.S. healthcare system close to a $1 trillion since 2008 alone.

Food insecurity is associated with higher rates of asthma, depression, cardiovascular disease, high blood pressure, diabetes, and other physical and mental health problems. People who are food-insecure are more likely to be in poor health, and, in a vicious cycle, poor health increases the risk of being food-insecure. Food insecurity in childhood is a predictor of chronic illness in adulthood. It’s also an intergenerational problem, since parents in poor health may not be able to earn enough income to provide the nutritious food their growing children need.

I want to reiterate that the figure of an extra $160 billion is a conservative estimate. The real number is undoubtedly much higher. The figure is based only on conditions reported in peer-reviewed research journals. The analysis that appears in the Hunger Report was conducted by John Cook of Boston Medical Center and Children’s HealthWatch and Ana Paula Poblacion of Universidade Federal de São Paulo. The figure does not include conditions that appear likely to be worsened by food insecurity, but have not been rigorously evaluated by researchers.

Where are these tens of billions of dollars hiding? Many, perhaps most, are absorbed by Medicare and Medicaid. Resources that could provide early childhood education or job training—or be used for myriad other purposes—are instead rushed downstream into emergency rooms and hospital wards to offset the effects of hunger and food insecurity. Patients include children with vitamin deficiencies that make them more susceptible to infection, seniors who are admitted to hospitals again and again because they cannot afford both food and medicine, and low-wage workers in the middle.

The “pounds of cure” could be replaced by “ounces of prevention.” For example, the nation’s first line of defense against hunger and food insecurity is SNAP (the Supplemental Nutrition Assistance Program, called the Food Stamp Program until 2008). SNAP can prevent many of the harmful health effects of hunger—and it could do an even better job if benefits were sufficient to last the whole month and reached more of those in need.

Thanksgiving is still one of the best opportunities to capture public attention about hunger, particularly hunger in the United States. It’s why Bread for the World Institute releases its annual Hunger Report at this time. But the Thanksgiving stories we’re used to seeing in the media rarely mention that hunger is driving up the cost of health care for everyone. At the Institute, we believe that if this part of the story got more attention, at Thanksgiving or at any other time, more Americans would see hunger and food insecurity for what they are: an intolerable and costly public health problem that must be solved.

Asma Lateef is the director of the Bread for the World Institute. This article first appeared in the Huffington Post.

"The real costs of hunger are hidden. One major hiding place is the healthcare system."