Hispanic Heritage Month: There are no bystanders in life 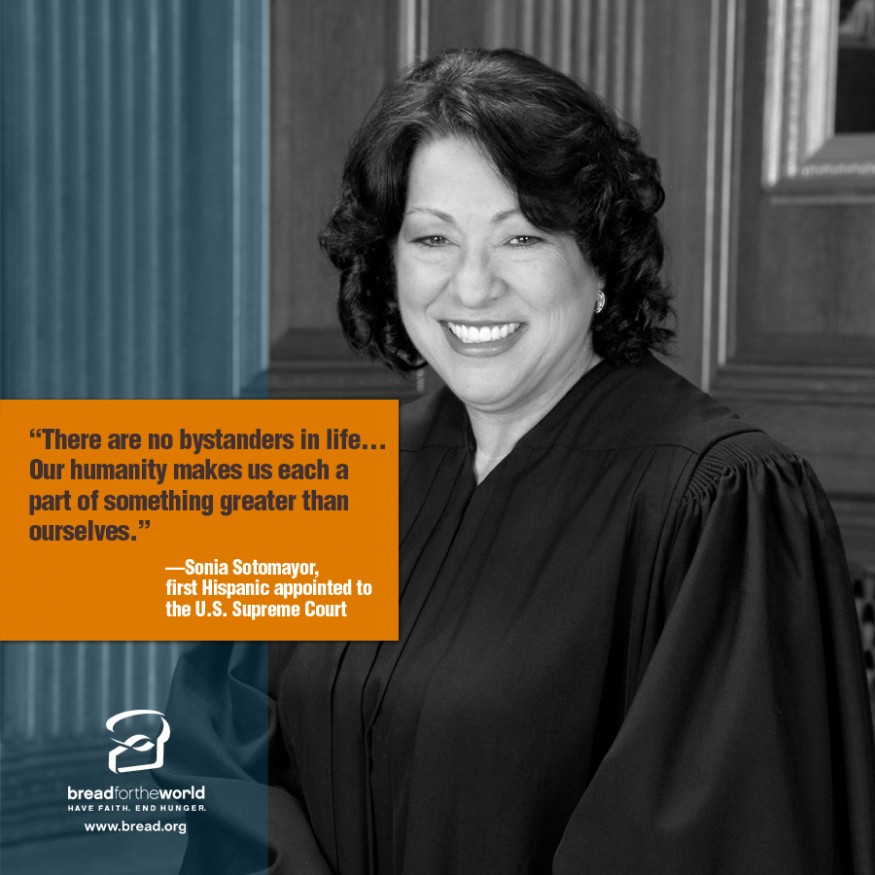 Supreme Court Justice Sonia Sotomayor holds a distinctive place in our nation’s history as the first Hispanic appointed to the U.S. Supreme Court. She is also only the third woman to serve in the nation’s highest court.

Sotomayor came from humble beginnings. At one point she lived in a housing project. She was born in the Bronx, New York to working class parents of Puerto Rican descent. Her father died when she was 9 years old, leaving her mother alone to raise her and her younger brother.

Similarly, Bread for the World also opens doors, especially for those who are poor and hungry. We advocate on issues such as school meals for children, an end to the ban on SNAP (formerly food stamps) benefits for the formerly incarcerated, and that improvements to the earned income tax credit (EITC) and child tax credit (CTC) are made permanent.

Advocating on behalf of these issues makes it possible for people not only to have food on their table but to also live productive lives.