From home gardens to rabbit hutches in Tanzania On a recent summer day, Lucy Masaka, a community health worker with the Mwanzo Bora Nutrition Program in Tanzania, walked among the houses in the village where she serves. The name of the program means "good start" in Swahili.

As she made her rounds and visited clients, she saw small home gardens, rabbit hutches, and sack gardens. Sack gardens prove especially helpful in this drought-prone community, as vegetables planted in a sack grow especially well. Lucy leads a weekly peer-support group in this village and shows participants' vegetable-demonstration plots, as well as how to raise animals for villagers to add protein to their diets. She also counsels women on hygiene and discusses ways to provide better nutrition to their children.

Will you support workers like Lucy by telling your members of Congress to cosponsor the Global Food Security Act of 2015?

And now, because of Bread for the World members like you, we are getting closer to ensuring that Feed the Future is made a permanent program. The Global Food Security Act of 2015 (H.R. 1567/S. 1252) is pending in Congress. In July, we asked you to contact your members of Congress to cosponsor this legislation, and since then, over 15 new House members have added their support, bringing the number of supporters to nearly 75. But, in order for the bill to be brought to the House floor, we need to reach at least 100.

When you act, you are going with Lucy from house to house in her village. You are supporting her vital work and the important role she is playing in ending hunger, malnutrition, and extreme poverty in her village in Tanzania and around the world.

Beth Ann Saracco is a senior international policy analyst at Bread for the World.

Photo: Vegetables at a market in Dar es Salaam, Tanzania. Racine Tucker-Hamilton for Bread for the World 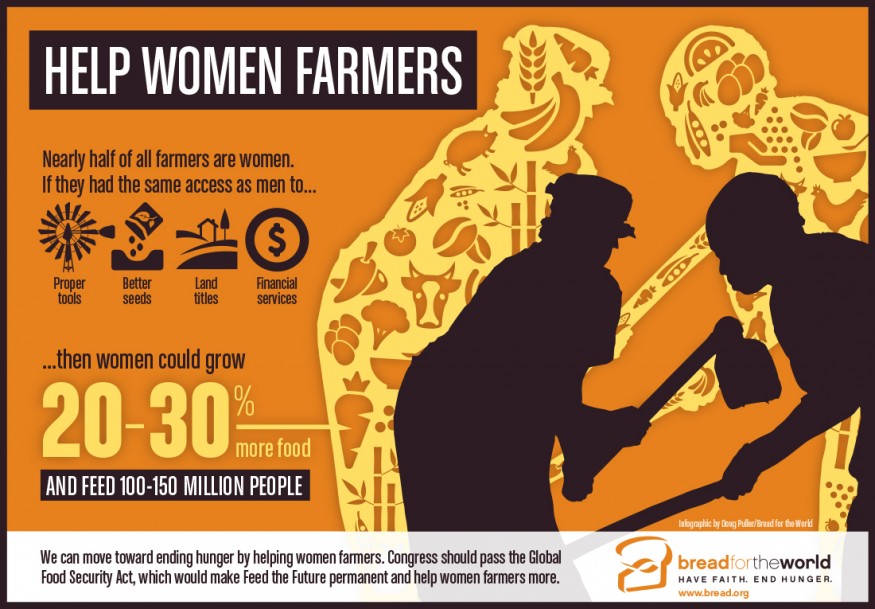