The Kroger Company Zeroes in on Hunger and Waste 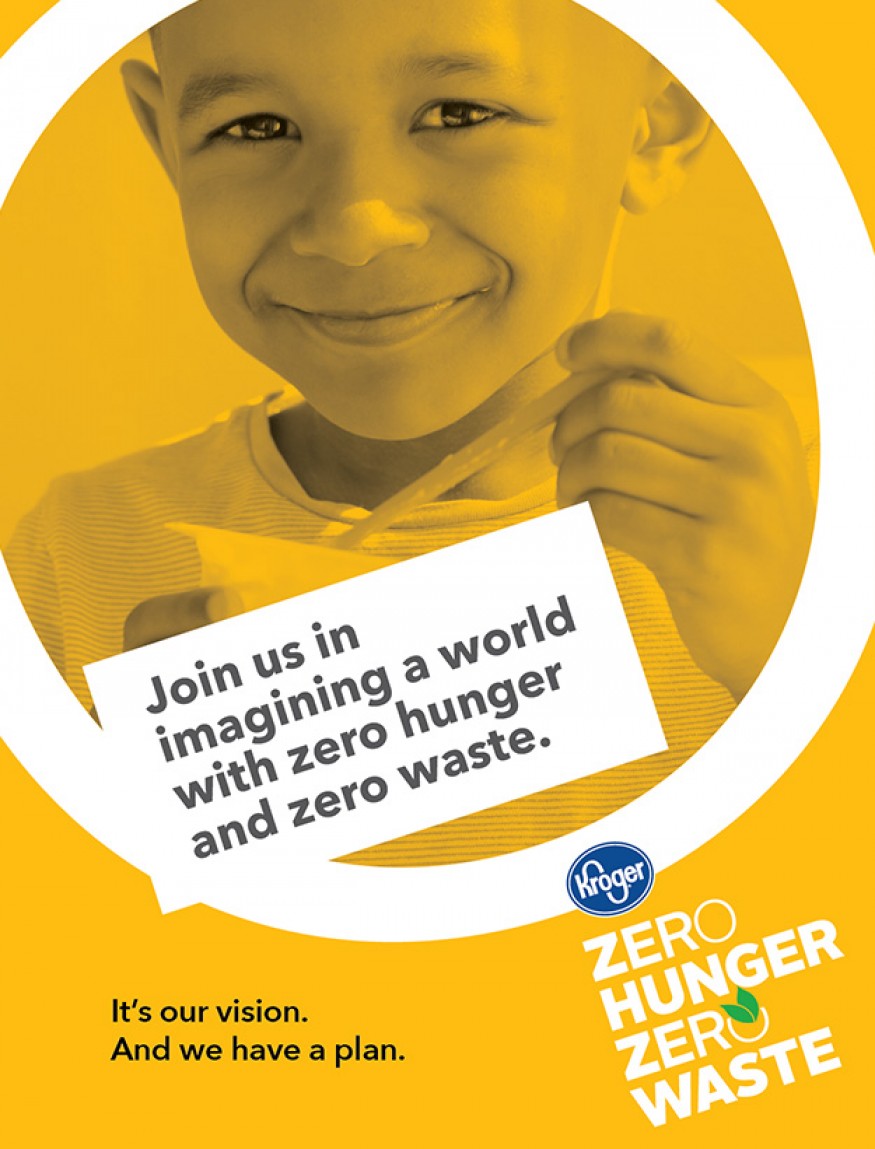 Kroger, the second largest grocer in the United States, is serious about sustainability. “Gone are the days when we could all overproduce, overconsume, and over dispose,” says Jessica Adelman, vice president of Corporate Affairs at The Kroger Company. Adelman leads the company’s Zero Hunger/Zero Waste social impact plan.1

Many grocers are involved in fighting hunger. Kroger can do so on a scale that few can match. The Kroger Co. operates nearly 2,800 stores across the United States, employing more than 453,000 people, serving 11 million customers per day.2 “At Kroger” says Adelman, “we are intently focused on using our scale for good, and we encourage our customers, associates and other businesses to join us.”3

Zero Hunger/Zero Waste is a company-wide effort with 83 percent of stores donating food every month to fight hunger in their communities. In 2020, the company expects to donate a billion meals and is aiming to reach 3 billion by 2025.4 Partnerships with food banks affiliated with Feeding America and local service agencies ensure that the food reach people in need.

Kroger has a goal of eliminating all food waste across the company by 2025. Between 30 to 40 percent of food in the United States goes to waste, and grocers contribute a hefty share of the total.5 Much of what ends up in landfills is perfectly good food. “Ugly produce” doesn’t even make it to the grocery shelves. These are fruits and vegetables, tasty and safe to eat, but less than picture-perfect with minor blemishes or somewhat misshapen. Kroger markets ugly produce under the name Peculiar Picks and reduces the price on these high-nutrition foods to make them more affordable to low-income shoppers.

Adelman also leads the Zero Hunger/Zero Waste Innovation Fund in which the Kroger Co. invests in emerging technologies to reduce food waste and hunger. In 2019, the fund awarded its first round of grants. Seven companies received a combined $1 million, including a Cincinnati start-up named Food Forest, which provides groceries to consumers living in food deserts.6 The Consumers, including SNAP recipients, use a mobile app to place orders and schedule free pickup at designated locations in their neighborhoods. Food Forest sources the food from several grocers and smaller stores, offering consumers the best prices.

Another of the first round of grantees is Seal the Seasons, based in Chapel Hill, North Carolina. Seal the Seasons contracts with small family farms to sell locally and regionally grown fruits and vegetables year-round. The produce is picked in season and flash frozen, locking in nutritional benefits, and sold in grocery stores in the grower’s home region. “By freezing locally grown food, we are able to support local growers and help keep their farms in business,” says Patrick Mateer, founder and CEO.7

Mateer started Seal the Seasons in 2014 after graduating from University of North Carolina at Chapel Hill. During college he worked at area farmers markets. He got to know the family farmers and learned about the challenges they face. The farmers aren’t able to sell all their annual production. Mateer saw the wasted food as a business opportunity. At the same time, he saw a booming demand among consumers for local foods. “Our local-frozen model gives eaters access to locally grown food year-round,” he says.8

Seal the Seasons has built supply chains that include local freezing facilities, warehouses, and trucking operations—helping to lift local economies as well as reducing food waste. On a state-by-state basis, Seal the Seasons works with grocers, including Kroger, and has grown from supplying a handful of stores in 2015 to more than 3,000 currently.

In 2018, Fortune magazine ranked Kroger #6 on its Change the World list of companies using their resources to solve society’s most complex issues, citing Zero Hunger/Zero Waste. The private sector can contribute to sustainable development in so many ways. Kudos to Kroger for using its resources in shaping the national discussion around how to end hunger and eliminate waste in the United States.

"Gone are the days when we could all overproduce, overconsume, and over dispose"