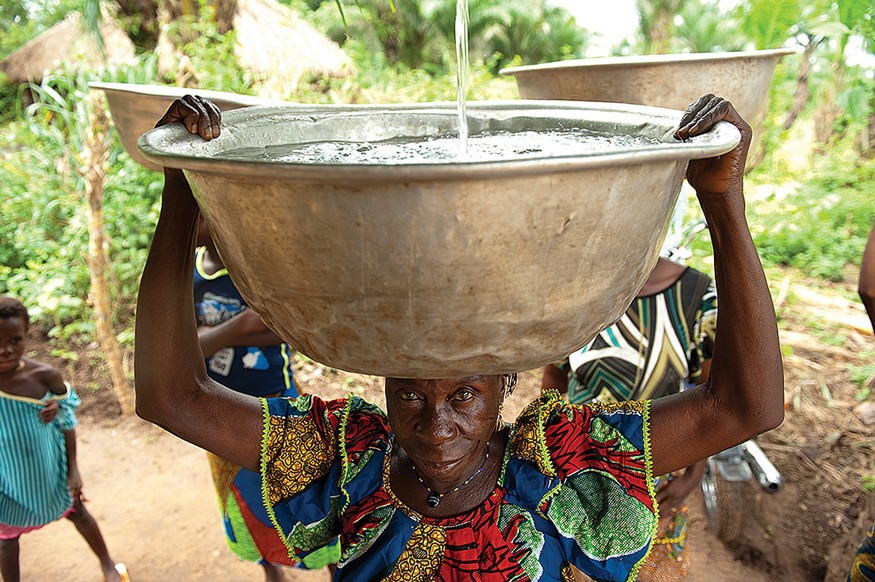 As a policy wonk in Washington, DC, I spend my days thinking about how the United States can best engage with the international community and identify strategies that lead to “win-win” situations. I’m always delighted to help policymakers, particularly officials in a new administration and members of Congress who are new or assuming new roles, understand why so many policy analysts make the case for U.S. international development assistance as a top U.S. priority.

First, this may go without saying, but it is vital for the United States to engage fully with the global community and various foreign countries. The days when the United States could mostly keep to itself are over — if they ever existed. The rest of the world affects us in so many areas – from trade to refugees to the health of our shared planet — that foreign policy must be thoughtful and nuanced. It must both protect our country and people and help solve problems that affect all countries and people.

The United States has for many decades — going back at least as far as the Marshall Plan after World War II — been a global leader in development. From responding to pandemics that could jeopardize U.S. national security, to helping countries strengthen their economies and position themselves to become important trade partners, U.S. foreign assistance is an investment. It also fulfills a moral imperative, saving literally millions of lives every year.

National security experts from both Republican and Democratic points of view, and from all sides of the political spectrum, emphasize the importance of strong U.S. leadership. As an indispensable tool for diplomacy, national security, and economic prosperity, international development assistance is not a partisan issue — it is an American issue. This is why we urge President Trump to sustain and strengthen positive U.S. global engagement. It will further his administration’s goals, and it is critical to protecting the interests of the United States.

A major area where U.S. leadership has been and remains critical is climate change. There’s no doubt that the continued well-being of Earth is essential to all human lives and endeavors. Without a healthy planet, we cannot survive as a species. This is why responding quickly and effectively to climate change is a necessity, not an option. It used to be that the evidence of climate change and the damage it is causing was not as conclusive, but the evidence has been overwhelming for several years now. It also used to be that people thought of it as a problem for our grandchildren or great-grandchildren. But with many parts of the world already visibly affected, we can see for ourselves that it is a problem for us, now.

Around the world, climate change is threatening the progress made in recent decades toward ending hunger and malnutrition. It is destroying businesses. It is forcing rural people off their land because they can no longer produce enough food. Developing countries are not the only sites of damage from climate change. The 2012 U.S. drought, which covered almost 62 percent of the land area of the 48 contiguous states, was said to be second in size only to the Dust Bowl of the 1930s. Also in 2012, Superstorm Sandy wreaked havoc on the East Coast, causing about $30 billion in damage and killing more than 100 people.

It is a sign of hope that in December 2015, U.S. leadership helped achieve a key milestone in responding to climate change – the Paris Climate Agreement. At this time, a large majority of the world’s countries made commitments to help implement a global action plan. The plan puts the global community on track to limit Earth’s temperature increase to less than 2°C — a task considered essential to preventing the most catastrophic consequences.

A second area, out of many possible examples, is U.S. leadership on local capacity development, which simply means equipping developing countries to “do-it-yourself.” Technical assistance and other support enables countries to strengthen the systems and skills base they need to drive inclusive economic growth, provide essential services such as public utilities, establish safety nets to protect people from hunger and extreme poverty, and fulfill other basic government responsibilities. As we mentioned in last month’s Institute Insights, the United States has supported these efforts through the Millennium Challenge Corporation, Feed the Future, and other initiatives. The U.S. Agency for International Development (USAID) has also been working within its own structure to strengthen the impact of development assistance. Two such initiatives are USAID Forward and USAID Innovation Labs.

As the first months pass, the new administration and Congress should build on these and other recent U.S. leadership efforts to make continued progress in climate change, local capacity, women’s empowerment, nutrition, agriculture, and other essential areas. It will require close collaboration among government agencies, and among different spheres such as health, education, and energy. It will also require a case-by-case approach, acknowledging that there’s no one-size-fits-all solution to the problems facing developing countries. Fragile and conflict affected states in particular present unique challenges.

But past experience shows us that incoming administrations have made significant contributions to U.S. security and prosperity by bolstering international development assistance. My message boils down to: Mr. Trump and his administration can and should do this too.

The days when the United States could mostly keep to itself are over — if they ever existed.