Pledge to end hunger along the pope’s path 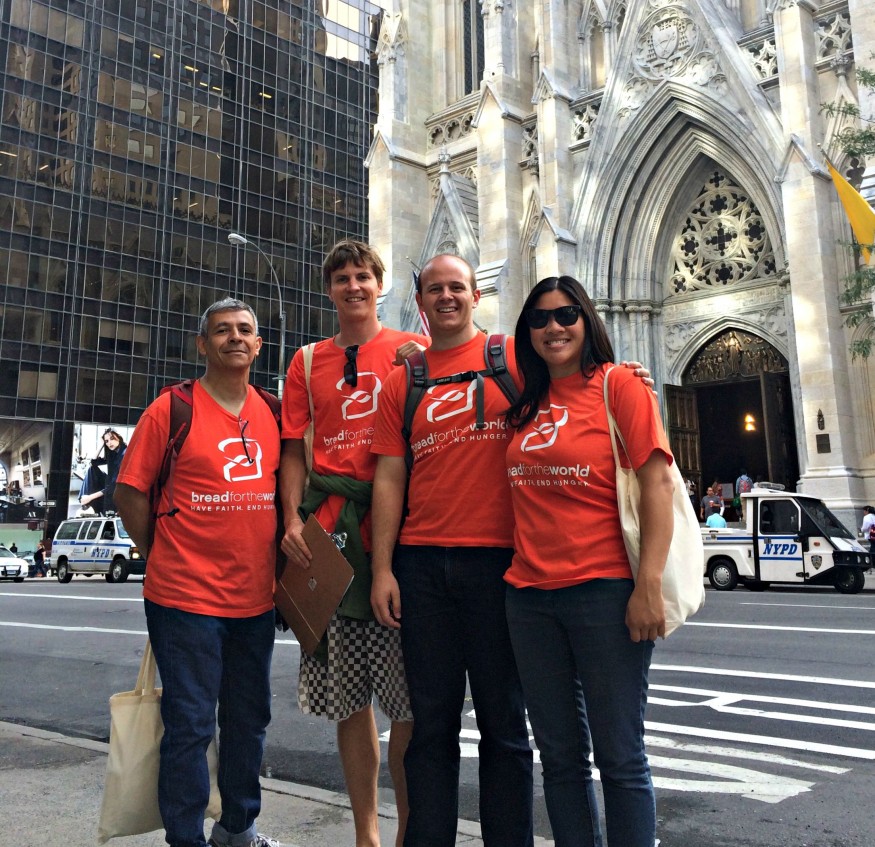 After following the route of Pope Francis during his U.S. visit through three cities in four days, my feet may be worse for wear, but my heart is full of hope. I met so many compassionate Christians along the way who took the pledge to end hunger.

The pope’s U.S. visit helped shine a light on many issues contributing to hunger, such as poverty, climate change, immigration, and apathy. Along with several of my colleagues, we traveled to events in Washington D.C., New York, and Philadelphia to encourage people to pray, act, and give to end hunger.

We were inspired by a tweet from Pope Francis before his U.S. visit:  “Now is the time for a change in mindset and to stop pretending that our actions do not affect those who suffer from hunger.”  At the end of four days spent in crowds waiting for the pope, over 2,500 people signed the pledge.

Those who signed the pledge made a commitment to act and bring an end to hunger. In the United States, one in five children is at risk of hunger. Globally, 836 million people live on less than $1.25 a day. We can change those statistics when we act as one body.

In New York, I met a homeless man who was no stranger to hunger.  Clipboard in hand, I was in a crowd around Madison Square Garden, when he asked me what I was doing.  When I explained our pledge to end hunger, he cracked a smile, “Yes, that’s what we need.”

He signed our pledge, saying he could check his email at the library to learn how to advocate on behalf of himself about hunger.

At every event, I met people ready to get involved.  Eyes lit up at a chance to sign our pledge to end hunger.  Many people who gathered at these events did not even meet Pope Francis but were just glad to feel the presence of the Holy Father. Though Pope Francis has left the U.S., I know his message to help those struggling will live on through our actions.

In the next couple of months, our individual actions could make a big impact. Congress passed a budget extension, but they still must make critical funding choices by December. Sequestration – the automatic budget caps – should be replaced with a responsible plan. From the humanitarian crisis in Syria to the ongoing desperation of a mother with an infant she cannot feed in Philadelphia, cutbacks could be devastating. Your voice will make a difference and can help stop extreme cutbacks.

For me, knowing that my action – or inaction – affects those who suffer from hunger, I too pledge to end hunger and won’t stop until it is a memory. I have faith, and as Pope Francis said, “Faith brings us the light which shatters the darkness."

Margaret Tran is a regional organizer at Bread for the World.

Eyes lit up at a chance to sign our pledge to end hunger.