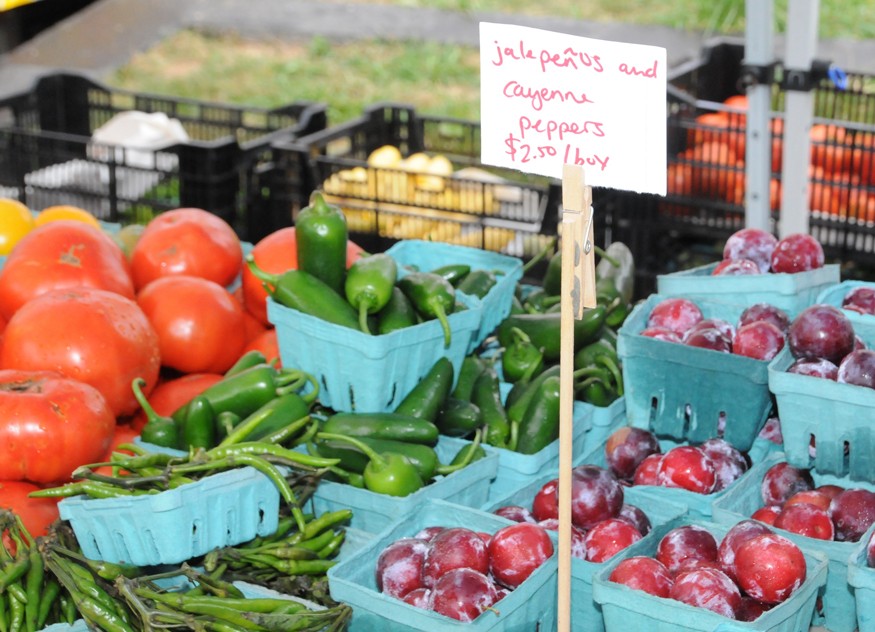 Julie Brewer has worked as a nutrition specialist implementing the WIC program in Montana; as head of the Montana Hunger Coalition; as a government relations analyst at Bread for the World, where she advocated for improvements in nutrition program policies; at the U.S. Department of Agriculture (USDA); and, most recently, at the Office of Management and Budget, designing and administering federal nutrition policies.

Brewer knew before she went to college at the University of Montana that nutrition was her calling. A project for a high school home economics class catalyzed her interest. So, did growing up in a single-parent household, where the struggle to make ends meet meant that school lunch often depended on the generosity of classmates.

She studied nutrition in college and began to work for WIC after graduation. She found that it could be difficult to reconcile her work in providing expectant and new mothers with information about healthy foods and how to prepare them with the realities of their lives. It was common to hear, “This nutrition stuff is great, but we don’t have any food at home.”

WIC is designed only to supplement the diets of mothers and young children, not to provide all the food they need. When Brewer started her job, the list of foods that were eligible for WIC did not include fruits and vegetables, and their cost was prohibitive for families in deep poverty. WIC participants realized that fruits and vegetables are healthier, but they needed to buy cheap foods—such as ramen noodles or macaroni and cheese—that could be stretched and would at least keep children from feeling the pangs of hunger. They had to make the best of their very limited resources.

Getting to know women who participated in WIC was a transformative experience for Brewer. While she’d known hungry times as a child, it struck her that her clients and their children were enduring far worse. Her time with WIC Montana broadened her understanding of the types of reforms that would improve federal nutrition programs—and led her to advocacy.

While still working in Montana, Brewer attended a conference in Washington, D.C., where she was able to talk to members of the Montana congressional delegation about the importance of WIC. After she and her family moved to the East Coast in 2001, she joined Bread for the World’s Washington office, advocating for strong nutrition programs as well as for policies that would help solve the root causes of hunger in the United States.

In 2006, Brewer took a job in the Child Nutrition Division of USDA, administering school meal programs and the Summer Food Service Program (SFSP). The limitations of the SFSP were clear: only one in seven children who receive free or reduced-price school lunches also receives summer meals. Efforts to expand the number of sites around the country and reach more children have met with little success.

Seeing this, Brewer played a pivotal role in advocating for a change that could potentially make dramatic improvements in the well-being of food-insecure children in the summer months. She and her colleagues in the Child Nutrition Division advocated providing additional SNAP benefits to low-income families during the summer months so that they could afford to feed children the meals they usually received at school. In 2010, Congress agreed to fund a pilot program in 10 states and Indian Tribal Organizations, involving more than 100,000 households. The pilot SNAP expansion reduced child hunger in participating households by one-third.

Reflecting on the success of the pilots, Brewer explained, “Unfortunately, we can waste a lot of time trying to make people adapt to how we design programs, without reflecting the realities in their lives. I see my job as making sure policy reflects reality.”

Brewer was directly involved in the administration of the pilots. As she explained, what seemed like a simple, common-sense solution turned out to involve several thorny administrative issues. She and her colleagues worked patiently to resolve these problems, contributing to the success of the pilot program and, most importantly, to fewer hungry children.