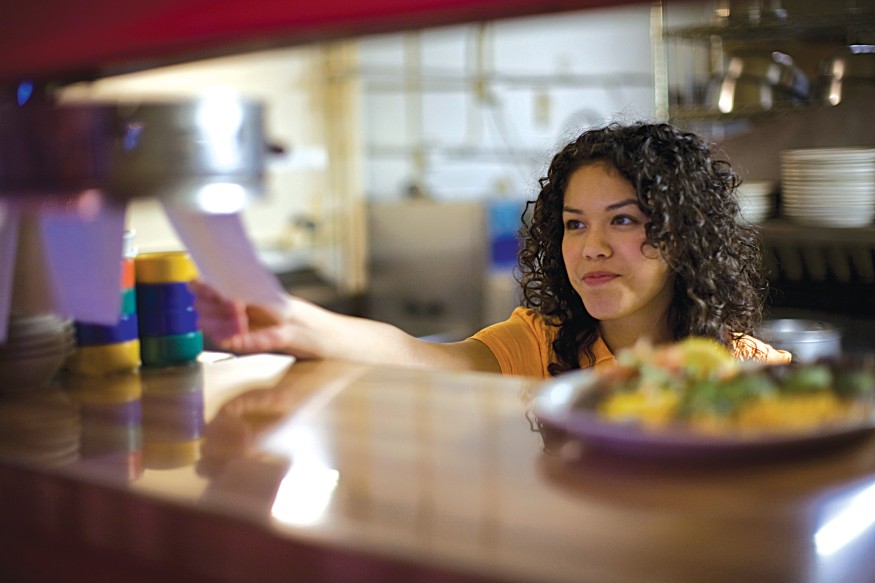 Even in an age of information overload, there are still events, data, and messages that stand out. For example, how the “1,000 Days” between pregnancy and age 2 is critical window for human nutrition. Because of this, Bread for the World is focused on why better nutrition for pregnant women, babies, and toddlers is so important. The 2015 launch of Missing from the Picture, Bread for the World’s visualization of how much data on women and girls around the world is “missing,” was a moment when people new to data visualization could easily see its possibilities.

Perhaps the most surprising piece of information of the past few years concerns data on poverty in the United States: closing the U.S. gender wage gap would cut poverty among working women and their children in half. Although much of the evidence for this was publicly available, it seemed that few advocates had “connected the dots” that in the United States, millions of women and children live below the poverty line and are more vulnerable to hunger because of the gender pay gap.

The poverty rates among U.S. women are staggering. In 2011, as the Great Recession began to recede, Black women who are single mothers had a poverty rate of 39 percent. In 2020, the poverty rate in this group was 28.1 percent.

Gender bias, particularly when combined with systemic racism, has led to current situations such as women holding disproportionate numbers of the lowest-paid jobs. Pay equity for women requires responding to other major causes of poverty, because women are affected by those factors as well.  Bread has previously discussed in detail both the need for family-sustaining jobs and the impacts of occupational segregation by race and gender. An economy that has had stagnant wages and increasing income inequality for the past 40 years is harmful to workers regardless of gender, but systemic racism sustains poverty among Black women and other women of color.

Some causes of the gender pay gap can be resolved with the right laws and policies and adequate enforcement of these measures.  But simplistic approaches are not the answer. Gender pay discrimination has been against the law since 1963. It’s safe to say that this has not worked. In fact, at the rate we’re going, Latina and Indigenous women will not reach pay equity for more than 100 years.

We hear a lot about some of the needed policy improvements, such as affordable child care; paid parental leave; transparency in hiring, promotions, and wages; and strict enforcement of laws against sexual harassment. Advocates, including members of Congress, have been trying to codify some of these provisions for decades.

Other practices that perpetuate the pay gap could potentially be addressed by policy changes as well, but we do not yet have enough information to understand how to do this. For example, differences in job classifications can obscure pay gaps: “Janitors,” who are largely men, are paid more than “housekeepers,” who are mostly women. There are probably many more examples of practices that have not been seriously examined or challenged.

To close the pay gap, we will likely need to do more of a variety of things: enforce laws, gather specific information on how gender pay gaps “appear,” learn from the experiences of more successful countries such as Iceland, authorize pilot projects and fund successful ones, and the list goes on.

The more difficult problem is changing the beliefs that support the gender pay gap. Some of these are assumptions about the workforce and the family that perpetuate workplace expectations and career paths but do not match reality. Another belief is perhaps at the heart of the problem: misogyny.  Case in point: Although men as a group are newer to the field of nursing, the 2020 Nurse.com salary report indicated that men are paid about $7,300 per year more than women—and the gap has grown since the 2018 report. Meanwhile, male RNs as a group reported less education and lower levels of professional certifications.

Michele Learner is managing editor, policy analysis, with Bread for the World.

Gender bias, particularly when combined with systemic racism, has led to current situations such as women holding disproportionate numbers of the lowest-paid jobs.