Women's History Month: The Gospel and the Poor 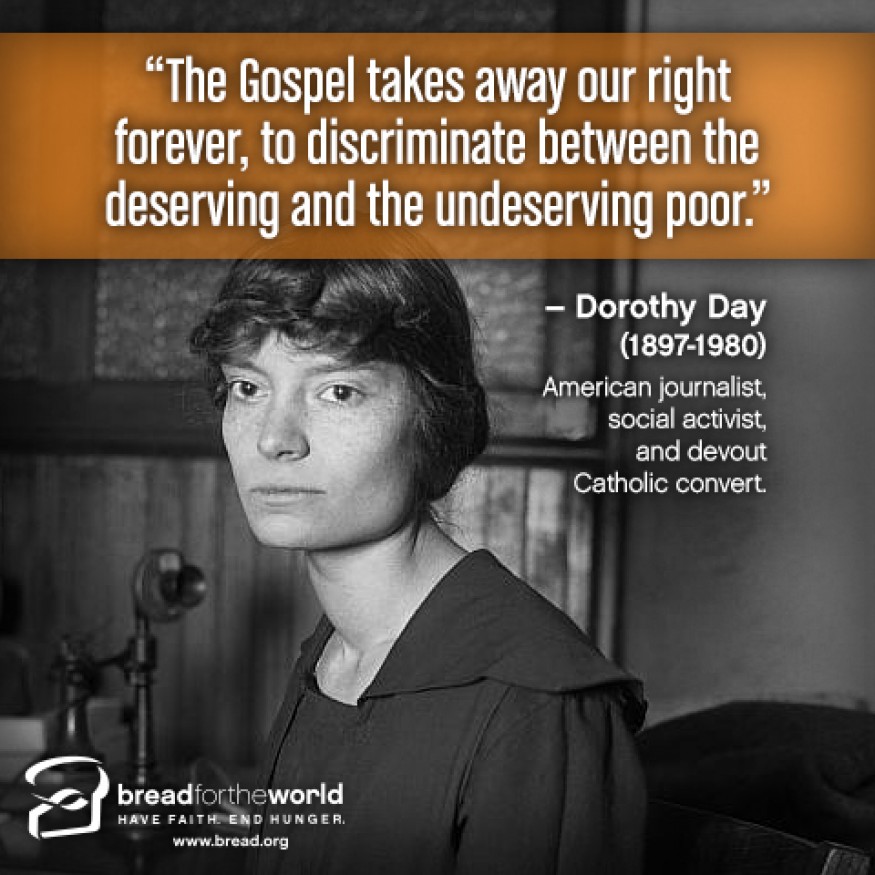 In honor of Women’s History Month and International Woman’s Day, Bread Blog, Institute Notes, and Bread for the World’s social media platforms will be celebrating the ingenious, fortitude, and spirit of women during the month of March.

Women like Dorothy Day have been at the forefront in the fight to end hunger. Like Bread for the World members, Day grounded her work in prayer and scripture and felt called to care for the most vulnerable in our society.  Day’s example reminds us that women of faith are helpers and advocates and act as God’s hands in this broken world.

Women are also the primary agents the world relies on to fight hunger. From the mother in Mississippi who struggles to work full-time at minimum wage and still feed her children to the subsistence farmer in Kenya who prays she can sell enough of her produce at market to make it through the dry season, women feed and nourish the world. Lessons from anti-hunger programs carried out in the past decade have made it clear:  women’s empowerment is key to ending hunger worldwide.

On March 8, thousands of events will be held throughout the world as part of annual International Women’s Day observances.  The theme of this year’s celebration is “Make it Happen” for greater awareness of women’s equality.

Women’s equality is also the subject of the 2015 Hunger Report, When Women Flourish…We Can End Hunger. The report looks at discrimination as a cause of persistent hunger and makes policy and program recommendations in order to empower women both in the United States and around the world. Increasing women’s earning potential by boosting bargaining power, reducing gender inequality in unpaid work, increasing women’s political representation, and eliminating the wage gap between male and female labor directly contributes to ending hunger.

For more information on the integral role women play in ending hunger and poverty, make sure to read When Women Flourish…We Can End Hunger and also visit Bread Blog.