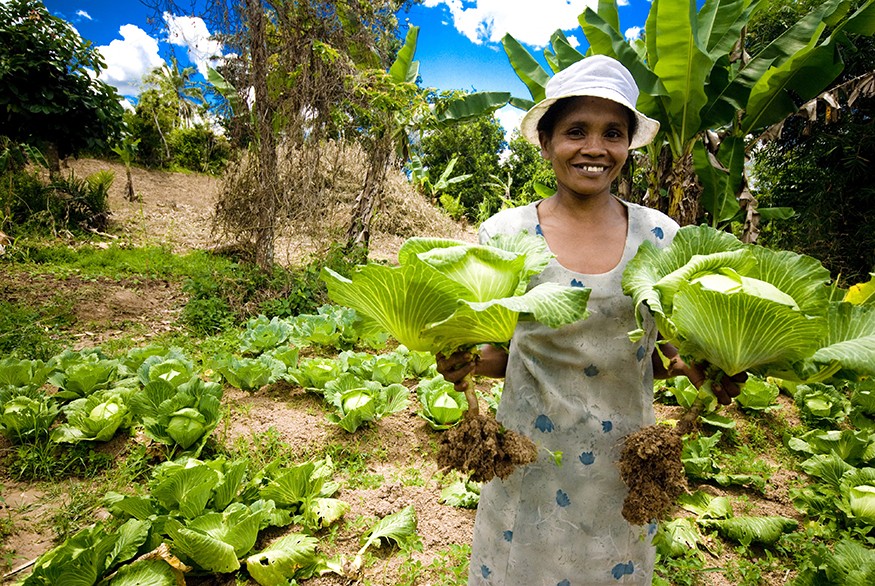 March is Women’s History Month in the United States, and on March 8, the world observed International Women’s Day. First and foremost, gender equity is a critical component of respect for human rights. It is also essential for every country intent on building a more prosperous future, without hunger, malnutrition, or any of humanity’s many other longstanding problems. No community can meet its goals if half its people are blocked from using all their talents to help meet those goals.

It goes without saying that the COVID-19 pandemic has affected nearly all facets of life for women around the globe. But before I say anything more about the pandemic’s global impact, I want to celebrate a significant victory for children in the United States. Please see our recent blog post for the details of a particularly important provision of the recently passed American Rescue Plan—the expansion of the Child Tax Credit (CTC). It may not seem important at first glance, but experts expect that it will cut child poverty nearly in half.

For the past several years, Bread for the World members have been urging Congress to improve two tax provisions with the potential to help many more families living with food insecurity: the CTC and the Earned Income Tax Credit (EITC). The work of Bread’s grassroots advocates made a difference as a CTC expansion was included in the American Rescue Plan. Thank you and congratulations to all who supported improvements in the CTC and EITC!

As the pandemic enters its second year, many people have paused to reflect on the enormous damage to virtually every country on Earth in only one year. In addition to the suffering of patients themselves and their families, even larger numbers have been forced to go without necessities as the global economy was brought nearly to a halt. Hundreds of millions of people lost their means of earning a living, whether that had been in a profession or job, or in the so-called “informal sector,” where people work as smallholder farmers, market women, tailors, midwives, and in many other capacities to sustain their communities and feed themselves and their families.

As noted most recently, another major impact of lockdowns and other restrictions imposed for public health reasons is that many people have been unable to access basic health care. This is particularly dangerous for young children, many of whom have missed screenings for malnutrition and immunizations against childhood diseases that remain deadly in many countries.

Recently we have also taken a look at the grim consequences of the pandemic for people living in situations that were already extremely difficult. In regions such as the Sahel, which stretches along the southern edge of Africa’s Sahara Desert, countries such as Burkina Faso and Niger had extremely high rates of child malnutrition during “normal” times, significant armed conflict, and frequent disasters linked to climate change.

In areas around the world that, like the Sahel, are severely affected by conflict and climate change, the pandemic has caused soaring rates of hunger and malnutrition. The number of people in acute hunger emergencies has more than doubled, to an estimated 271.8 million.

Women are facing particular hardships due to pervasive gender discrimination. The World Health Organization reports that in Africa, for example, the pandemic is worsening gender inequality and causing millions of women great physical, mental, and economic distress. The burdens of unpaid, labor-intensive household chores fall mainly on women, as does responsibility for caring for children. In many societies, this includes ensuring that children have food and clothing.

Women with small businesses have been hit hard. Oulimata Sarr, regional director of U.N. Women in West and Central Africa, said that the results of a study in 30 countries of 1,300 female-owned businesses found that, “The message is the same. We have lost the vast majority of our revenue.”

She added that some countries responded by giving women food and some cash transfers instead of capital to keep their businesses afloat, while in several countries, governments have given stimulus checks and packages to a number of well-organized business associations, most run by men. Sarr said that governments in the region need to respond to this gender financing gap.

There is much more that could be said about gender equity and hunger in the context of the pandemic, ranging from women’s higher rates of unemployment to persistent reports of significant increases in domestic violence. But as COVID-19 vaccine supplies begin to arrive in lower-income countries, and the people of many countries have become increasingly adept at protecting themselves and their families from being exposed to the virus, I prefer to look ahead to spring in the hope that this year, hundreds of millions of people will be able to take significant steps to a better life.

As the pandemic enters its second year, many people have paused to reflect on the enormous damage to virtually every country on Earth in only one year.