More than 100 people gathered in Washington, D.C., March 7 to celebrate the successful completion of Bread Rising, a three-year campaign that raised more than $75 million for Bread for the World’s current and future efforts. Gayle Smith, administrator of the U.S. Agency for International Development (USAID), was the keynote speaker for the celebration. She is joined by Rev. David Beckmann (top right), Bread’s president, Mark Brinkmoeller of USAID, and Dr. Sandra Joireman, chair of Bread’s board of directors.

In her keynote address, Smith described USAID’s scope with a budget of $20 billion and 10,000 employees. “I’ve known Bread for the World for 32 years. You are a partner in everything that I do,” she said. “I offer my congratulations. You’ve raised resources to continue your mission. You should be proud.”

“Bread for the World is always there,” she continued. “There is no more humble organization in this city.” 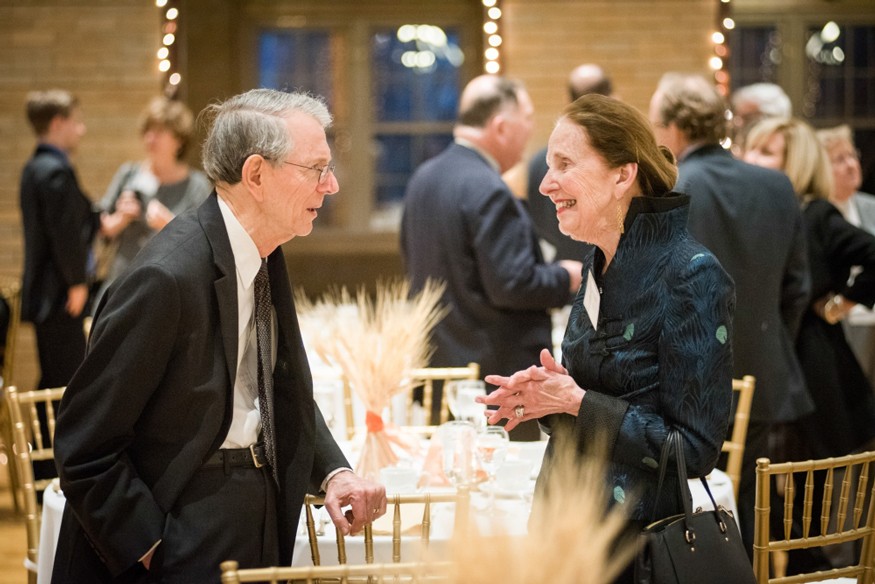 Art Simon, Bread’s founder and president emeritus, talks with Julia Ladner, a Bread member from Lawrenceville, Ill. Reflecting on Bread's forty years of advocacy, Simon said "We began with a tiny seed of an idea, but the seed had life and, when planted, God gave growth." Kelvin Beachum, who until recently was a player for the Pittsburgh Steelers, talks with Eric Mitchell, Bread’s director of government relations, and Will Moore, executive director of the Eleanor Crook Foundation.

Beachum has worked with Bread to win reauthorization of the child nutrition programs.

"I know from personal experience that food has the power to transform," Beachum has written. "It helps a hungry kid focus in school. It saves babies on the brink of starvation. It can bring hope to families all over our beautiful, fruitful country that are caught in the despair of unrelenting poverty."