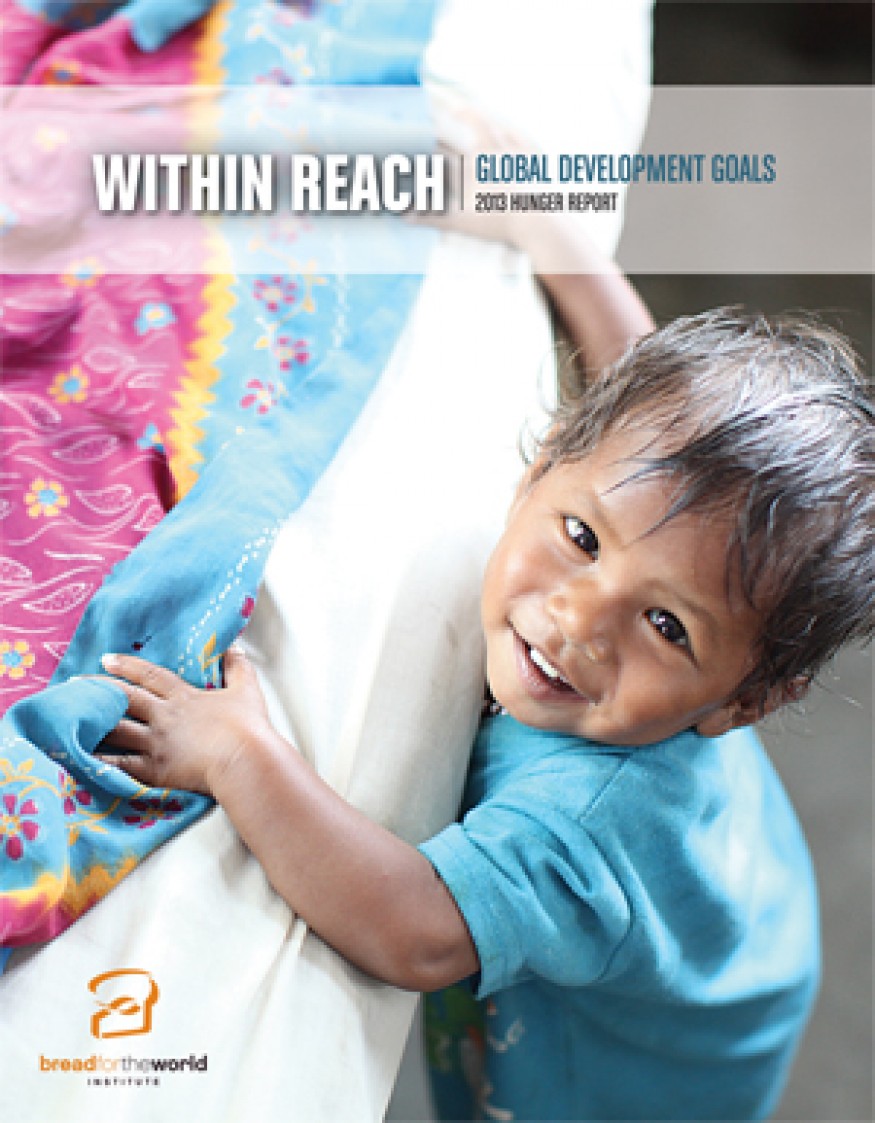 The 2013 Hunger Report focuses on the final push to achieve the Millennium Development Goals (MDGs) by their 2015 deadline, and  proposes a new set of global development goals to eliminate hunger and extreme poverty by 2030.

The report shows how the MDGs have driven progress around the world against hunger and poverty. As a new set of goals is negotiated, the U.S. government and its civil society partners should exert all the influence they can bring to bear to ensure that a hunger goal remains at the top of the post-2015 agenda, and that the new set of development goals applies to all countries, not just the developing world.

With a new, stronger set of global goals informed by more rigorous data, the world can eradicate both extreme poverty and hunger by 2030.