A food pantry in a hospital? 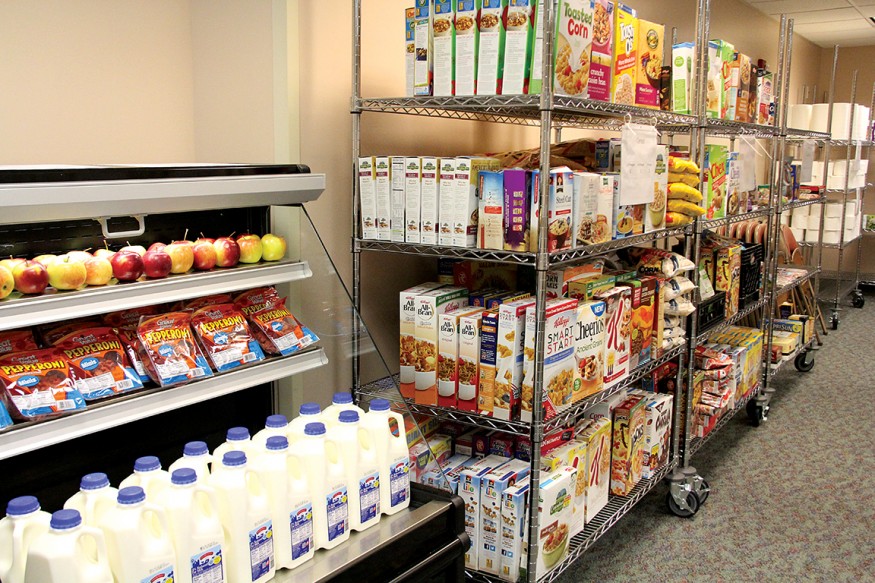 Eskenazi Health in Indiana is one of the largest safety-net health systems in the country. Its facilities include a 315-bed hospital in downtown Indianapolis and outpatient services at 11 health centers across Marion County, the state’s most populous county with nearly a million people.

Safety-net health systems are those that primarily serve low-income patients, those insured by Medicare and Medicaid, and people without health insurance. For Dr. Lisa Harris, CEO of Eskenazi Health, health care reform means that the rest of the country’s hospitals are catching up with Eskenazi and how it has operated all along. “We’ve always had to think about how to use our resources most efficiently,” Harris says. “Our statutory mandate has been to care for all, regardless of their ability to pay. The challenges of providing as much care as we can to people who can’t pay forces us to align incentives with keeping costs low and promoting community health.”

Recently, Eskenazi Health launched a pilot program with the local affiliate of Meal on Wheels America (MOWA). Patients discharged from the hospital are enrolled with MOWA for 30 days and provided with medically tailored meals prepared in the hospital cafeteria. The hospital covers the costs of the meals that MOWA delivers. If the program helps reduce readmission rates, it will soon pay for itself. “Cardiac patients, who have high readmission rates, require a lower-sodium diet,” says Harris. “If we can put someone on a low sodium diet for just two weeks, that’s all it takes to change their taste buds.”

The MOWA volunteers who deliver the food are trained to work with patients to improve their understanding of the connections between nutrition and health. “When patients are leaving the hospitals, they’re bombarded with so much information,” says Harris. “Take this medicine—don’t eat this kind of food. All that patient is probably thinking is, if this lady doesn’t stop speaking, my son who’s here to pick me up is going to be late for work and could lose his job.”

The MOWA program is one example of how Eskenazi Health works with local partners to promote community health. Another is a food pantry at Eskenazi Health Center Pecar, which is located in one of the most disadvantaged sections of Indianapolis. It is a food desert that is home to a large concentration of immigrant families. The pantry is housed at the health center and staffed by members of nearby St. Luke’s United Methodist Church. Most of the food is provided by Gleaners, the area food bank. The largest funder is Dow AgroSciences, whose global headquarters is located in the county.

Dawn Haut, chief physician at the clinic, says the pantry has made it so much easier for her to ask patients whether they have enough food at home. Every patient who comes to the clinic completes an electronic screening, and one of the questions is about their household food security situation. When they screen positive for food insecurity, Haut or another physician attending the patient receives a prompt. Before the pantry opened, Haut explains, she had reservations about asking patients about food insecurity, mainly because she didn’t have anything in her tool kit to offer them.

Patients who report that they are food insecure during the electronic screening frequently deny they answered the question that way when she raises the issue with them face to face. “I say, well, if you know of someone in your neighborhood who could use help, let them know we have a pantry here at the clinic and they don’t have to pay.” Most of the time, she says, by the end of the appointment, the patient asks to be reminded of what hours she said the pantry was open.

Todd Post is senior researcher, writer, and editor at Bread for the World Institute. This story originally appeared on pp. 78-79 of the 2016 Hunger Report: The Nourishing Effect.

The MOWA program is one example of how Eskenazi Health works with local partners to promote community health.