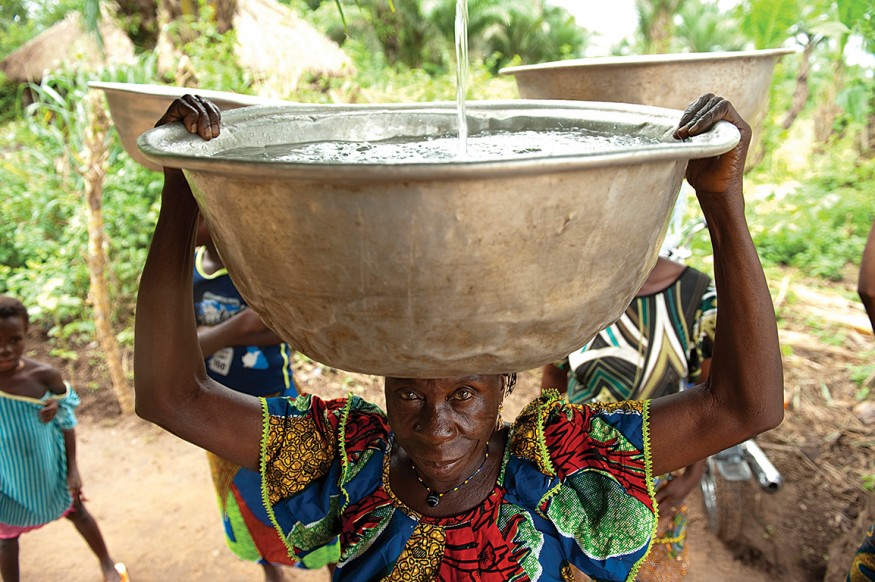 The areas of nutrition and food security, women’s empowerment, and water, sanitation, and hygiene (WASH) converge as well. Progress in one area depends on progress in the others. For example, women are more likely to be hungry, particularly those in female-headed households and in cultures where they are expected to eat last and least. With equal access to resources, female farmers can increase their yields by up to 30 percent. Malnutrition, lack of clean water and sanitation, and diseases are a vicious cycle that kills millions of young children every year. Effective WASH projects include women in decision-making and leadership responsibilities and can ease their burden of unpaid labor.

As Bread for the World Institute reported in our 2015 Hunger Report, When Women Flourish… We Can End Hunger, hunger and poverty disproportionately affect women and girls because of discrimination – in economic resources, political access, and social status. It is important, then, that efforts to improve the lives and well-being of communities around the world prioritize women’s full inclusion as leaders and participants.

The Sustainable Development Goals (SDGs) are a set of 17 goals that 193 countries are working to achieve by 2030. The SDGs include ending hunger and malnutrition, achieving food security, ending poverty in all its forms, achieving universal access to safe drinking water and sanitation, and empowering all women and girls. Gender equality is, rightly, a goal of its own, but upon closer inspection, women and gender are also prominent in the other goals.

To meet the SDGs by 2030, governments, donors, development workers, and communities must combine efforts to elevate both the needs of women and girls and their critical contributions to the goals. The interdependent issues of hunger, malnutrition, women’s empowerment, and WASH require a holistic approach to human lives and well-being – particularly the lives of women and girls.

Malnutrition, lack of clean water and sanitation, and diseases are a vicious cycle that kills millions of young children every year.