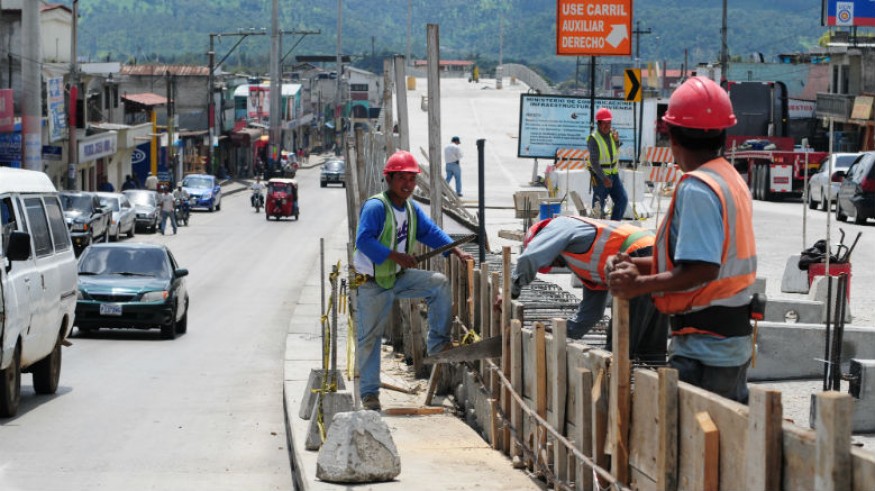 By Derek Schwabe and Steve Damiano

There’s a collective sigh of relief as everyone in the United States files their 2015 income taxes (or at least a request for extension). When Americans talk about taxes, we complain a lot. But while actually rejoicing over sending money to federal and state governments may be too much to ask, we really should be glad. We have a tax system that, for all its flaws, actually works! It’s too easy to forget that any prosperous economy needs effective taxation to provide its people with the services they need and expect. It’s also one of a country’s most powerful tools against hunger and poverty. The United States has so many public services – e.g., education, health care, transportation and other infrastructure, and safety net programs such as Social Security, unemployment insurance, and SNAP. Every year, safety net programs keep millions of Americans out of poverty. All of this is paid for by taxes.

For most developing countries, it’s a different story.  Public services are erratic and sometimes nonexistent. They certainly can’t be taken for granted. The good news is that developing countries continue to see a rise in incomes. This should enable governments to improve education, health care, etc. But governments lack strong infrastructure to collect taxes and to use revenues in ways people see and benefit from. Lost tax revenue adds up to more than $1 trillion a year – about seven times as much as all global aid. The solution is a wonky term, domestic resource mobilization (DRM). Helping governments collect more of the money they already have is one of the best investments that aid donors can make. This excerpt from the 2016 Hunger Report explains why DRM is so important:

Ultimately, eliminating poverty and hunger takes both economic growth and the development of strong social safety nets. But low tax revenues mean that many developing country governments cannot afford to establish basic public services. It’s a vicious circle, since the weakness of public services in turn limits economic growth and stifles any nascent social contract between the state and citizens. Tax mobilization, on the other hand, can lead to institutional development and better governance, creating an economic environment that attracts foreign direct investment and encourages local businesses to invest their profits domestically.

Donors tend to support partner countries’ pursuit of DRM where there are good governance environments and where governments are committed to reform. The support primarily comes through technical assistance (TA) missions. A typical tax reform effort begins with either the International Monetary Fund (IMF) or a donor agency assessing a country’s overall tax system. The IMF has the greater expertise in such a “tax diagnosis,” and, accordingly, it is active in more than 120 countries. During short-term TA missions, the IMF uses a tax diagnostic tool to assess the strengths and weaknesses of a particular system. Who is paying taxes and who is not paying? Many developing countries have an extremely high degree of inequality, so low tax revenues may be a sign that elites in the country pay little in taxes.

The U.S. government contributes funds for the IMF and multilateral banks (which include the World Bank, the African Development Bank, and the Inter-American Development Bank). All are involved with one form or another of tax policy assistance to developing countries. Within the U.S. government, the U.S. Treasury’s Office of Technical Assistance (OTA) Revenue and Policy Administration team has primary responsibility for helping countries improve their tax administration. The OTA team meets with a government’s tax bureau officials to evaluate the climate for tax reform. Before entering into an agreement to provide technical assistance, the OTA team seeks to verify that anticorruption safeguards are in place and that tax officials will receive needed support from senior leadership. OTA then either provides a permanent adviser to work with the country’s tax bureau or periodically sends a team to give support.

USAID reports that the government of El Salvador used development assistance funds to implement tax reforms that, between 2005 and 2010, enabled the collection of an additional $1.5 billion in tax revenues. The $5.8 million invested in El Salvador’s tax reforms led to a $160 million increase in annual spending on social programs, which in turn helped to reduce poverty.

Beginning with the Paris Declaration in 2005, donors have officially acknowledged that every country must fully own its development and needs to strengthen its institutions in order to do so. Over the next 15 years, poverty will become increasingly concentrated in fragile states, where governments have limited capacity to carry out basic governance functions. The U.S. government and other donors need to strike a balance between awarding the funding available for DRM to countries where it is most likely to succeed, and funding DRM in countries that are making the least progress toward achieving the Sustainable Development Goals SDGs. If they ignore the latter, the world as a whole will be unlikely to achieve the SDGs.

Helping governments collect more of the money they already have is one of the best investments that aid donors can make.