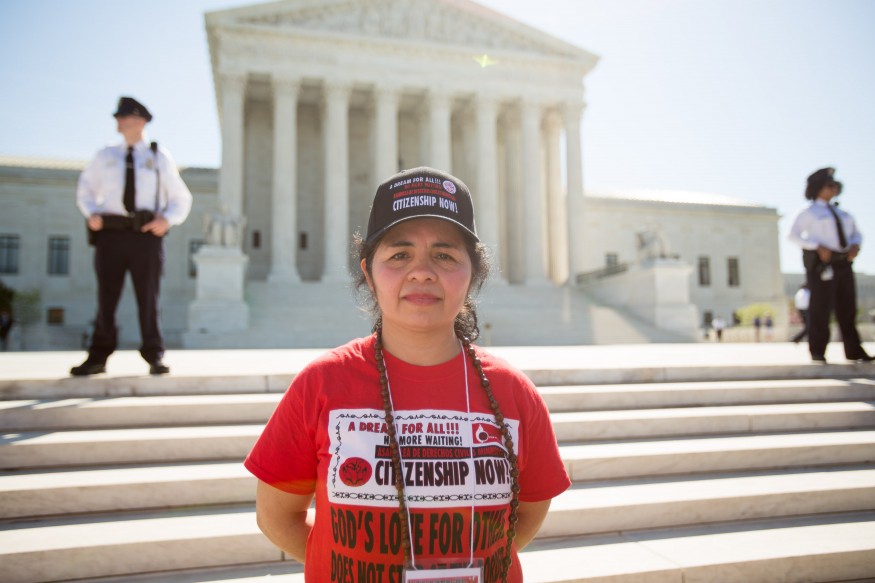 A record 27.3 million Latinos are projected to be eligible to vote in the 2016 presidential election. And now that the conventions are almost over and Hillary Clinton will officially become her party’s nominee on Thursday, Latinos should gather their strength to ensure that our nation’s next president prioritizes ending hunger and alleviating poverty.

Latinos have a lot of reasons to care about who becomes the next president. Latinos are twice as likely as whites to face food insecurity. Factors that cause this disparity include a higher likelihood of working low-wage and seasonal jobs, of being uninsured, and limited pathways to citizenship. Latino households make almost $18,000 less than white households; more than one million Latinos are seasonal and migrant workers; and one in three Latinos earns less than $25,000 per year to support their family.

In addition, 4.5 million children live in households with an undocumented parent and are twice as likely to live in poverty or hunger because their parents have limited pathways to becoming U.S. citizens. Consequently, many undocumented parents face harsh and low-paying working conditions to provide for the household and often live in fear of becoming separated from their family, leaving children to fend for themselves and vulnerable to experiencing hunger.

Hunger is not a partisan issue. And although Bread for the World does not endorse any candidate or political party, we do believe that both parties and presidential candidates should prioritize hunger and poverty—not only during party conventions or campaigns, but also if and when the candidate is elected.

It is critical for Latinos to push for each candidate to share his/her strategy to end hunger and poverty in the Latino community and commit to prioritizing other issues that exacerbate hunger and poverty for them, including pathways to citizenship, high healthcare costs, and low-wage and seasonal jobs.

And lastly, Latinos should not only register to vote, but commit to coming out to vote on Election Day, November 8. We have seen a recent decrease in voter participation, and some predict lower voter participation in our upcoming elections.

Latinos, especially millennials, should not sit this election out. Nearly a third of eligible voters on election day will be a racial or ethnic minority, which means Latinos have a real chance to make a significant impact on the outcome of the presidential election.

Marlysa Thomas is the domestic advisor for policy and programs for specific populations at Bread for the World Institute.

Latinos have a lot of reasons to care about who becomes the next president.