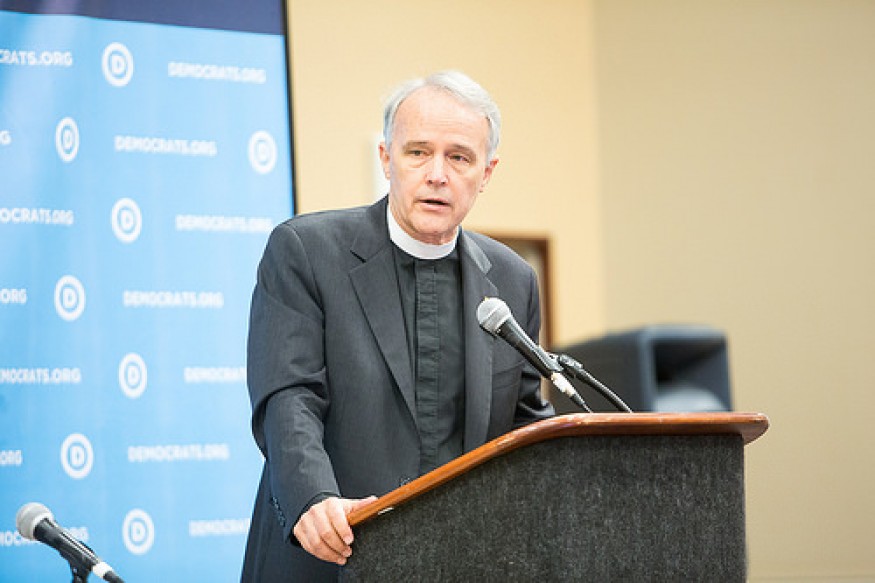 Washington, D.C. – Bread for the World President Rev. David Beckmann addressed faith activists and delegates today at the Democratic National Convention on the importance of ending hunger. Bread was the only anti-hunger organization invited to address the group.

“Mass hunger in America is a moral scandal. That’s why virtually all churches, synagogues, and mosques are moved to find some way to help feed hungry people,” Beckmann said. “If you are a political leader, pay attention. Ending hunger isn’t just right. It’s politically smart.”

Today, more than 48 million Americans, including 1 in 5 children, struggle with hunger. A recent survey conducted by Bread for the World found that 1 in 3 voters say they will vote for candidates who promise to make ending hunger one of their top priorities.

Bread is engaging its members and another 50 million voters in 12 swing states to ensure that ending hunger is a top issue during the 2016 election. The organization is urging voters to elect leaders who will put our nation and the world on track to end hunger by 2030.

“I am praying and working in this election for a president and a Congress who will put us on track to end hunger by 2030,” Beckmann said. “You are political leaders. Make ending hunger part of your agenda. Ending hunger is possible, voters want us to do it, and God is calling us to do it.”

Bread, a bipartisan organization, had sought invitations for Beckmann to speak about hunger at both the Republican and Democratic conventions. However, only the DNC invited him to speak. Bread does not support any political party or any political candidate.