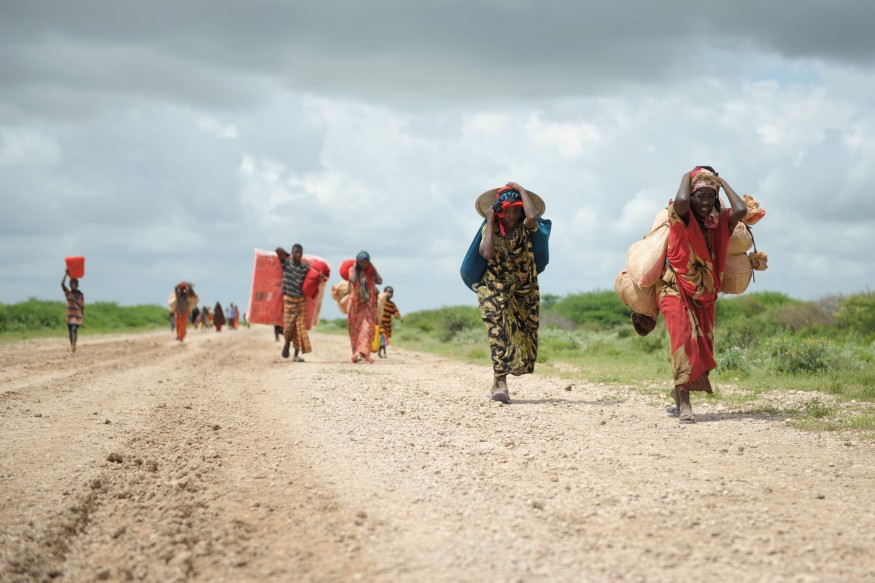 A year ago, the nations of the world set several of the most wide-reaching and ambitious goals in its history, including ending hunger and all forms of malnutrition within 15 years — by 2030. Bread for the World Institute’s 2017 Hunger Report, to be released Nov. 21 (the Monday before Thanksgiving), takes a closer look at what it will take to end hunger once and for all.

The world has come a long way already. From 2000 to 2015, Bread for the World and our members, along with innumerable other groups and individuals, were strong advocates for the Millennium Development Goals (MDGs). The MDG period was the first-ever worldwide effort to improve human lives and further human development. Bread newsletter readers of the time may recall a phrase frequently used to summarize our main focus: “cutting hunger in half by 2015.”

The good news is that, thanks to an unprecedented effort from a wide variety of public and private groups all over the world, the goal was very nearly met by the deadline. It’s an incredible accomplishment when you think of what a complex problem hunger really is — never mind the complications that ensue when any mission, no matter how important or worthwhile, bumps up against all kinds of other priorities, interests, and viewpoints.

The world — and Bread — is not resting on its laurels. The goal of ending hunger and all forms of malnutrition is part of the Sustainable Development Goals (SDGs), adopted last year by the United States and 192 other countries.

It was clear from the beginning of the SDG period that, for all its successes in cutting hunger in half, this earlier goal had avoided some of the most difficult problems. Not surprisingly, the half of hunger that was successfully ended was the “easier” half. There were numerous reasons that hungry people fit into the “easier” category.  Some were already well on their way to being able to grow enough food for their families. Some lived in accessible places, with roads that enabled them to run small-market businesses. Some had learned a trade or had another livelihood skill. Whatever the reasons, there were millions of people for whom it was challenging, but ultimately possible, to work their way out of hunger with relatively straightforward support such as training, tools, and supportive government policies.

Now we’re embarking on the harder half of the job. “Leave no one behind” could almost be called a mantra for the SDGs. A lot of the remaining hungry people are still hungry because of conflict. War kills people and destroys infrastructure, communities, businesses, and more. Another group of people — some but not all of whom live in countries affected by conflict — are hungry because climate change, and the extreme weather events that are part of it, is destroying their ability to earn a living or even to survive. Still others are overlooked, whether intentionally or not, by their own governments, which may be too weak or too corrupt to support an economy that offers people opportunities, provide a safety net for those who cannot work, and/or treat people equally under the law.

These situations, the proverbial last mile in ending hunger, are sometimes brought together under the terms fragile state and fragility. The 2017 Hunger Report, titled Fragile Environments, Resilient Communities, will explain what these concepts mean and their implications for ending hunger. It will provide recommendations to help overcome some of the remaining obstacles to reaching the end of hunger — a goal that is obviously challenging, but also very much achievable.

Michele Learner is the associate editor of Bread for the World Institute.