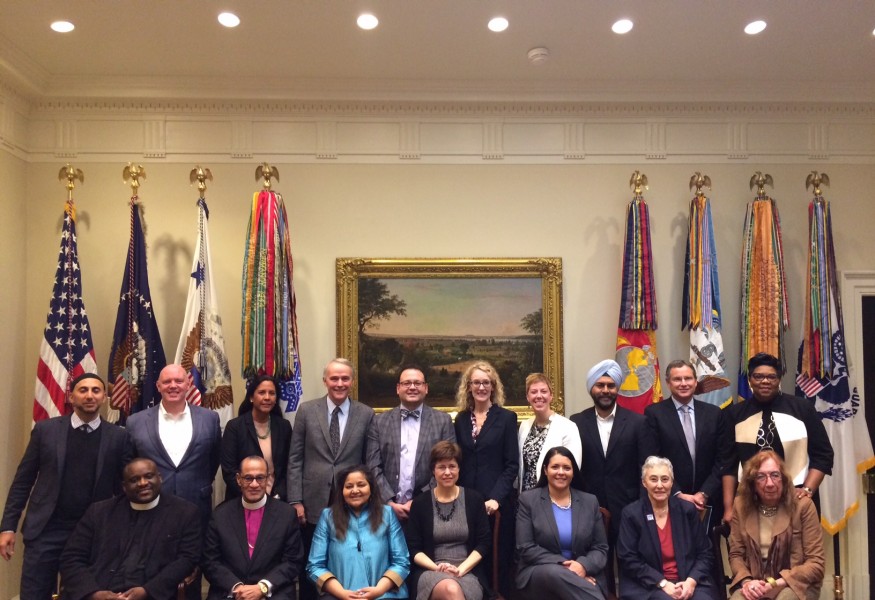 Washington, D.C. – It is possible to end hunger and extreme poverty in the United States by 2030, concludes a new report by the White House Advisory Council on Faith-Based and Neighborhood Partnerships. The group has been offering suggestions to the White House on how to address poverty during President Obama’s final year in office, and is expected to meet with the transition team of the next president.

“We need to elect a president and members of Congress who will work together to increase opportunity and reduce poverty,” said Rev. David Beckmann, president of Bread for the World and a member of the advisory council. “Nations around the world are aiming to end hunger and extreme poverty by 2030, and the United States can do that too.”

The world as a whole has made unprecedented progress against hunger, poverty, and disease over the last several decades, and the nations of the world last year adopted global goals (the Sustainable Development Goals) focused on ending extreme poverty and hunger by 2030. These goals apply to all nations, including the U.S.

In the U. S., anti-poverty programs like tax credits for low-income workers and SNAP (also known as food stamps) cut the poverty rate in half. The Obama administration has had success with initiatives such as Promise Zones, first lady Michelle Obama’s campaign to reduce child obesity, and a program that has drastically reduced veteran homelessness. Expanded health insurance coverage has helped many struggling families.

Beckmann added: “Yet census data show that the number of Americans struggling with hunger is still greater than the population of California. I’m praying that our next president and Congress will put us track toward ending hunger, and clear goals would help.”