Education to end conflict – and the hunger that goes with it 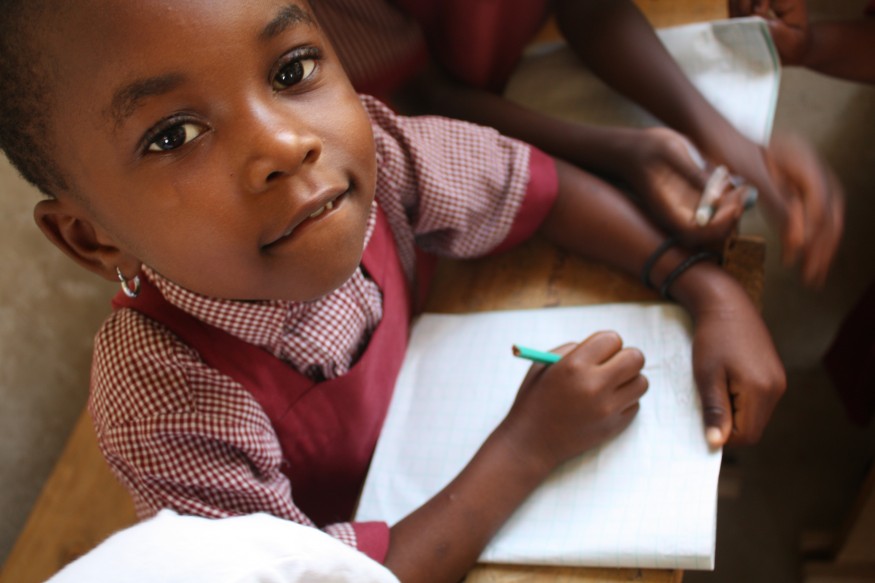 War is an age-old problem for humanity. It will probably never be eradicated completely. Can one say that and still have faith that the end of hunger is attainable? I believe so, even knowing as I do that war is one of the main causes of hunger.

The international community may not be able to stop civil wars, but it can set up systems to prevent the worst consequences. The global humanitarian system we have now was designed in large part to assist the millions of civilians caught in the crossfire.

By the end of 2015, more than 65 million people had been forcibly displaced by war, terrorism, and persecution. That’s more than the populations of most European countries – more than France, the United Kingdom, or Italy. In 2015, 6 million were added to the total (24,000 per day). The numbers of displaced people are even more overwhelming you consider that the average length of stay in a refugee camp is 17 years.

Syria dominates the international news. Since the start of its civil war in 2011, the largest share of people forcibly displaced have been Syrians. But at the start of 2016, there were 33 active conflicts around the world, so the 65 million are about more than Syria. Some of the other conflict countries where millions have been displaced are Afghanistan, Iraq, Yemen, the Democratic Republic of Congo, Nigeria, and South Sudan.

The 2017 Hunger Report, Fragile Environments, Resilient Communities, focuses attention on refugees and internally displaced people—and what can be done to help them. The report will be released November 21.

While working on the report, I learned a lot about living in a refugee camp from a Liberian man named Prince Tarnah. For 10 years, which included his adolescence, he lived in refugee camps in Sierra Leone and Ghana. Prince was part of the 80 percent of the Liberian population displaced by civil war in the 1990s and early 2000s.

Prince returned to Liberia once the war ended. Since then he has graduated from college and earned a law degree. In recent years, he has been working for international NGOs, funded by the U.S. Agency for International Development (USAID) who are in Liberia to help rebuild the country. When Liberia’s Ebola outbreak began in 2014, the international staff of the NGO where he worked cleared out of the country, leaving him in charge of continuing its programs.

“Life in a refugee camp was far from pleasant,” he told me. “But I owe much to the opportunities I was given there.” He said that the most important opportunities were in education. He attended secondary school and received some post-secondary education in refugee camps. Had his family stayed in Liberia, he might not have been able to continue attending school. It’s even possible he could have been forced into serving as a child soldier, as many boys were. Instead, the humanitarian system provided him with an education and he took full advantage of it.

Donors have struggled to keep pace with the increasing numbers of refugees, including refugee children. As of 2015, just over half of all the world’s refugees were children. But every year, not only does the response to humanitarian appeals fall woefully short of providing enough resources for all those in need, but less than 2 percent of this humanitarian aid is spent on education. As many as 75 million children are out of school in countries affected by conflict, natural disasters, and other crises where people are displaced and humanitarian assistance is needed.

At the first-ever World Humanitarian Summit earlier this year, advocates for humanitarian relief hoped that an important new initiative would be announced – something that would increase donor funding or improve the way the humanitarian system works. But neither of those happened on the scale necessary to meet the needs of people displaced by conflict.

One positive result of the summit, however, was the announcement of a new fund called Education Cannot Wait. It has a funding target of $3.85 billion over five years. The United States, working through USAID, is among the donors. The $3.85 billion is significant, but nowhere near the $8.5 billion that is needed annually to provide education for all the children who are out of school.

We know that education is one of the best long-term solutions to hunger and poverty. It’s as true in Liberia as in Louisiana. For countries in conflict, education does more than preserve human capital. It furthers knowledge and skills that are critical to building peaceful and prosperous post-conflict societies, and it helps children understand that war is not a legitimate solution to human problems. Teaching alternative ways of handling conflict may be our only hope of ending the scourge of war for good – and along with it, the hunger and poverty that causes people to take up arms.

The international community may not be able to stop civil wars, but it can set up systems to prevent the worst consequences.