Tackling malnutrition on all fronts in Uganda 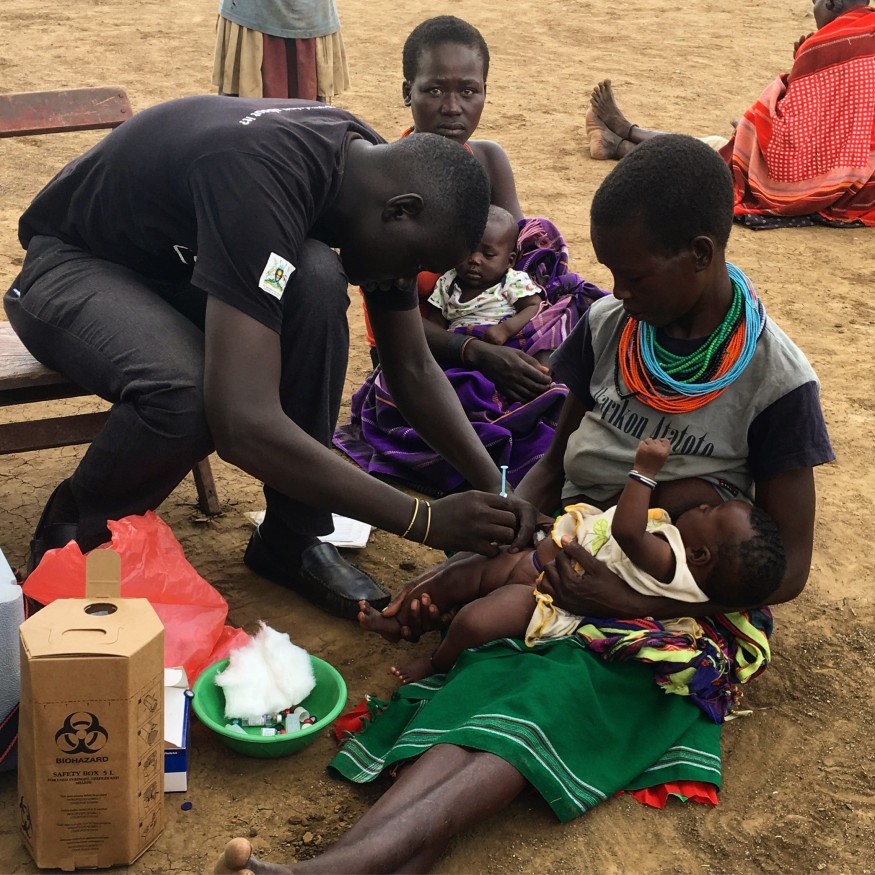 Editor’s note: Jordan Teague, an international policy analyst with Bread for the World Institute, traveled to Uganda in April to explore how U.S. government investments impact maternal and child nutrition in the country.

Most areas of Uganda are considered food secure, meaning that people can afford to eat three meals a day of diverse foods. But Uganda also has vulnerable regions facing food insecurity and malnutrition. Twelve percent of the population is food insecure, and according to the latest data, 29 percent of children five years old or younger are stunted. Only 14 percent of infants have what is called a minimum acceptable diet, meaning that they get both enough food and enough essential nutrients.

Uganda has made significant progress in food security and nutrition, but these figures show that more can and should be done. The U.S. government, through its Global Food Security Strategy, is helping Uganda tackle food insecurity and malnutrition from every angle.

Food security and nutrition efforts cannot fully succeed and be sustainable without nutrition-sensitive agriculture. One way to help agriculture better support proper nutrition is to diversify the crops that are grown. Often this means encouraging farmers to grow vegetables and greens in addition to staple crops such as maize and sorghum. The U.S. Agency for International Development (USAID) partners with Mercy Corps and is doing just that in northern Karamoja through the Growth, Health and Governance project, which is jointly implemented with World Vision. Mercy Corps works throughout the agriculture system to ensure that seeds for vegetables such as tomatoes, eggplants and kale are available; encourage families to buy seeds to grow vegetables; and promote diverse diets by explaining why they are important.

Education on nutrition practices and building the skills and motivation to put the information into practice is a critical piece of the nutrition puzzle. Mothers and caregivers are given information on how to best care for the nutrition of their children and themselves, for example, through exclusive breastfeeding, diverse diets and recognizing when children who are sick need to be taken to a health center. USAID partner Concern Worldwide has taken this approach in Uganda’s Karamoja region in its project Resiliency through Wealth, Agriculture and Nutrition (RWANU), implemented jointly with U.S. nonprofit ACDI/VOCA and Welthungerhilfe. Concern used the concept of “lead mothers,” who are trained in nutrition and health practices in Mother Care Groups and then taught these lessons to their own groups of household caregivers. Through this “multiplier” strategy, RWANU has reached thousands of women and caregivers with nutrition education. In Atedeoi village in Karamoja, one lead mother said recently that because of the nutrition education, her family’s nutrition has improved and her children are less sickly.

Safe drinking water, adequate sanitation and improved hygiene (WASH) are crucial for a holistic approach to reducing and then ending malnutrition. Without the three components of WASH, children are vulnerable to illnesses such as diarrhea that — among other effects — weaken their nutritional status. In Karamoja, Mercy Corps partnered with local rural service utility organization Whave to rehabilitate and maintain boreholes that provide safe drinking water to communities. Mercy Corps also educated mothers and caregivers, through their network of lead mothers, on why sanitation and hygiene are essential and how to improve them by building latrines and simple “tippy taps” for handwashing.

In some situations, people, especially women and children, need food assistance to get the nutrients they need. It can be given in many ways, including by distributing food directly but also by issuing vouchers for diverse foods to be bought in local markets. Action Against Hunger, a partner of the State Department’s Bureau for Population, Refugees and Migration (BPRM), is working in the Kiryandongo Refugee Settlement to provide fresh food vouchers (FFVs) to children who are being treated for acute malnutrition and their families. The vouchers can be used to purchase nutritious foods that are commonly lacking in their diets. In Kiryandongo Refugee Settlement, Action Against Hunger gives families FFVs for meat, eggs, milk, fruits and vegetables.

Lastly, strengthening the Ugandan health system, particularly in the regions with the highest malnutrition rates, is another important part of improving food security and nutrition. Responsibility for preventing and treating severe acute malnutrition rests with the health system, but in vulnerable areas such as the Karamoja region and refugee settlements, the Ugandan health system currently lacks capacity to fulfill all of its responsibility. That is where U.S. government partners such as Concern Worldwide and Action Against Hunger can step in. Action Against Hunger, with support from BPRM, is working in the Kiryandongo Refugee Settlement to build the capacity of the district’s health system to prevent and treat acute malnutrition. They have trained lead mothers to screen children for acute malnutrition and refer malnourished children to a health center. Village health teams work to prevent severe acute malnutrition through active efforts to identify children early on. They build better nutrition one family at a time.

Jordan Teague is an international policy analyst with Bread for the World Institute.

This article first appeared on the Agrilinks blog, a part of the federal government's Feed the Future initiative, which aims to address the root causes of hunger, poverty and undernutrition, and to establish a lasting foundation for change.

Uganda has made significant progress in food security and nutrition, but these figures show that more can and should be done.