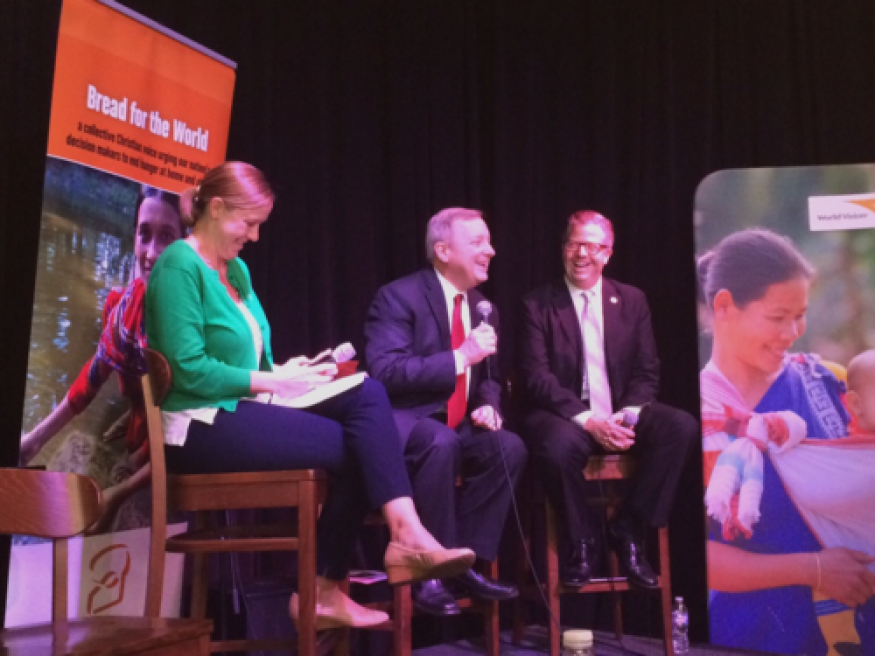 "If you pour yourself out for the hungry and satisfy the desire of the afflicted, then shall your light rise in the darkness and your gloom be as the noonday” (Isaiah 58:10).

Sometimes an intentional effort from faithful advocates is all it takes to move our members of Congress. That has been our experience in Illinois, where Bread for the World members and faith leaders in the Chicago area and across the state are working to get the entire Illinois congressional delegation to cosponsor the Global Food Security Act, a bill that would secure and advance our historic gains against hunger and poverty around the world.

The bill passed the U.S. House last year but was held up in the Senate for procedural reasons. So getting as many cosponsors as possible this time around will help push this bill across the finish line.

Here in Illinois, our strategy has been simple. Leaders have been identified in every congressional district, and they have reached out to the appropriate congressional staffers with a simple message: Along with Bread for the World, I want to make sure my member of Congress is aware of the Global Food Security Act and would like him/her to cosponsor the bill. Can you look into this, and let me know what your boss thinks about the bill, or if there are any questions or concerns?

Leaders began with a phone call, sometimes talking with the intended staffer, and other times leaving a voice mail. Then we followed up with an email and shared Bread’s bill analysis. After that, we followed up again as needed. We have stayed in communication with each other, sharing updates and tips, and encouraging one another as we keep our eyes on the goal. If we are not hearing back from a particular staffer, we adjust accordingly, either having more leaders call, or trying a different staffer.

Before this campaign, there were no members of the Illinois delegation listed as cosponsors of the bill. As a direct result of the work of these Bread members and faith leaders, the following are now cosponsors (both Democrats and Republicans):

We are now calling on U.S. Sen. Mark Kirk and the remaining representatives to join their colleagues in cosponsoring the bill.