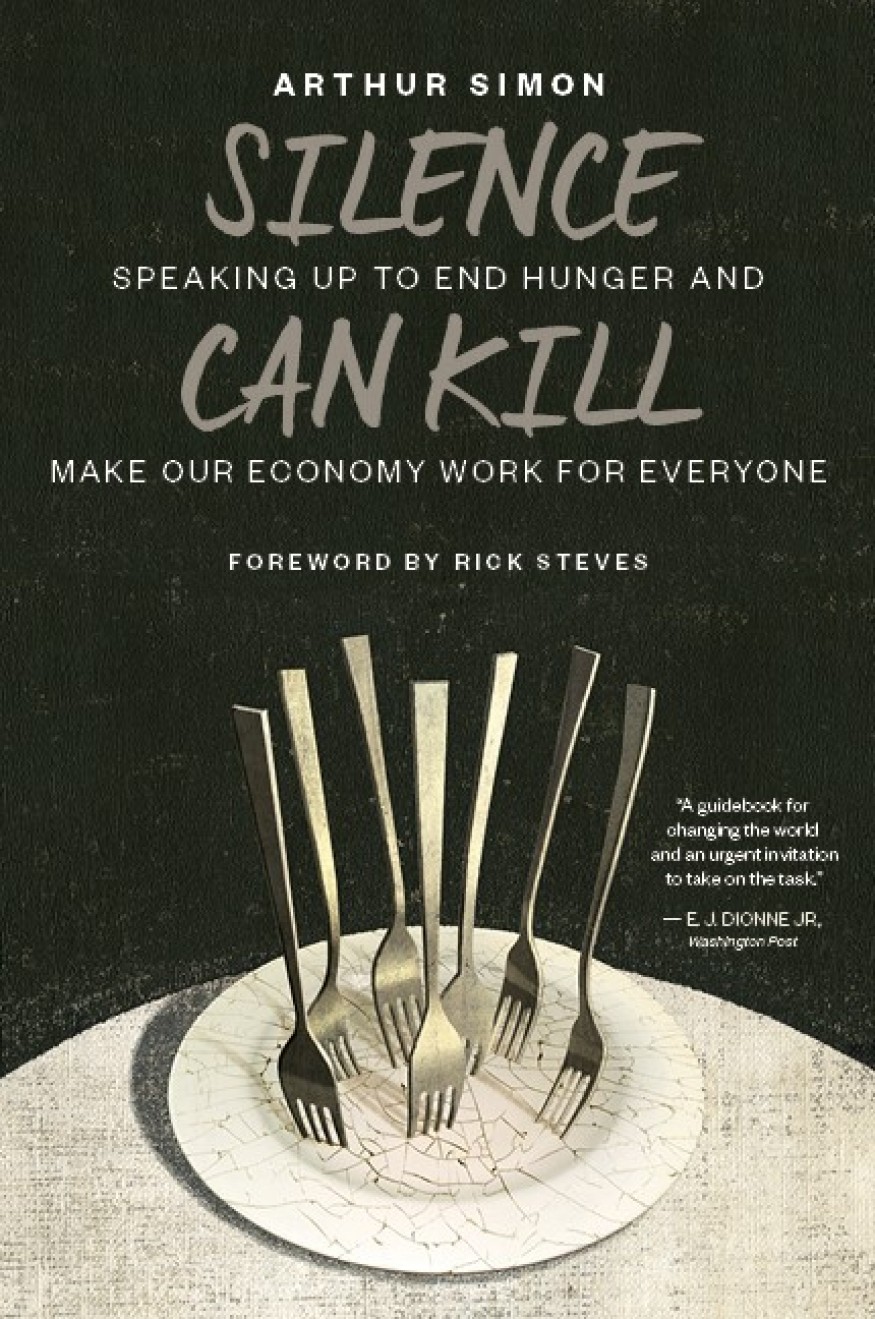 Washington, D.C. – A new book urges people of good will—particularly people of faith who give to charity—to press our nation’s leaders to eliminate hunger. The book, “Silence Can Kill” says that by not pressing our members of Congress to do their part to reduce hunger we consign millions of people to diminished lives and premature death.

“Our failure to speak and write to members of Congress about hunger is a silence that kills,” said Rev. Arthur Simon, the book’s author and the founder and president emeritus of Bread for the World. “Ending hunger is a noble pursuit that is easily within our reach. But people of good will must press their members of Congress to make it happen.”

The book dispels the myth that charity alone is an adequate response to hunger. To end hunger, charity, free enterprise, and government are all necessary – but government must take the lead. Letting hunger persist far outweighs the costs of eliminating it.

However, ending hunger is not a stand-alone goal. Hunger thrives on the racial, social, and economic inequalities that are pulling our nation apart. To address these inequalities and provide an enduring solution to hunger, we must build a more inclusive economy so that all who want to work have a chance to earn a living wage.

“We could soon end most US hunger,” says Simon. He suggests this compellingly decent cause could help to bring our divided nation together. “Whether you are religious or not, Democrat, Independent, or Republican, it is time for all of us to end our silence and speak up.”

The forward to the book was written by noted travel writer and television host Rick Steves. The Washington Post’s E. J. Dionne called the book “A guidebook for changing the world and an urgent invitation to take on the task.” William Julius Wilson, Harvard University Professor and America's leading voice on the sociology of race and poverty, said the book “reveals in sharp relief the limitations of private charity and the important role of public justice in ending hunger and addressing other deeply rooted inequalities.”

The book is published by the Wm. B. Eerdmans Publishing Company and is available in stores and online.