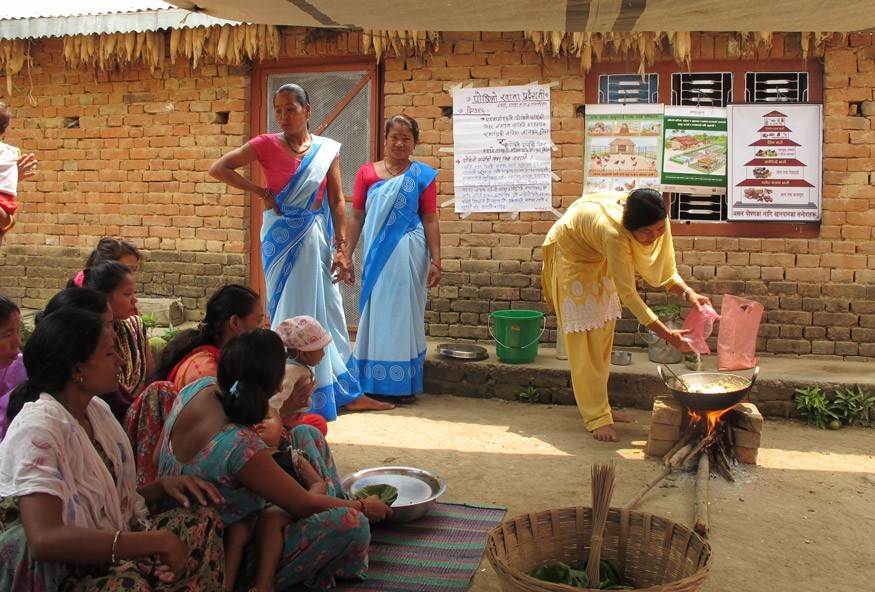 In 2018, Bread for the World Institute prepared an assessment of USAID’s progress on implementing its Multi-Sectoral Nutrition Strategy, launched in 2014. The Institute had urged USAID to adopt such a strategy, so it was important to know whether and how the Multi-Sectoral Nutrition Strategy had made a difference in reducing malnutrition. The assessment found that the Strategy had catalyzed some action on global nutrition, especially at the higher levels at headquarters in Washington, DC. The results at the country level, however, were mixed as to whether the Strategy had made a positive impact on nutrition.

This year, USAID conducted its own assessment of progress on implementing the Strategy, which found some exciting results. The assessment covered just 11 of the 27 countries in which the Strategy is being implemented, but in 2018 in those 11 countries, USAID reached more than 14 million children and 4.6 million pregnant women with nutrition services. Compared with peer nations, eight countries are making faster progress on ending wasting (children with wasting are far too thin for their height), 10 countries have increased their rates of breastfeeding more quickly, and five countries are reducing anemia more quickly.

On an operational level, USAID’s assessment reached similar conclusions as the Institute’s report. Having the Strategy in place has enabled and catalyzed platforms for collaboration, coordination, and multi-sectoral planning. It has encouraged most USAID bureaus and most USAID missions in countries working on nutrition to designate nutrition points of contact. Having the Strategy in place has also allowed key staff to advocate for multi-sectoral nutrition programming—internally, with leadership, and with government partners.

Multi-sectoral nutrition approaches face challenges, however. It is difficult to coordinate among stakeholders located within “siloed” structures that have different mandates and priorities. Insufficient or limited funding and staffing pose problems for developing the capacity and the motivation to coordinate and integrate. Partner governments and other stakeholders outside USAID often lack capacity to fully invest in multi-sectoral approaches to nutrition. This, in turn, limits USAID’s ability to fully operationalize the Strategy’s priorities. Each of these challenges was identified in both assessments of the Strategy’s progress.

USAID’s assessment reports progress on some of the recommendations that the Institute developed from last year’s analysis. For example, one recommendation was for USAID missions to establish multi-sectoral nutrition action plans that illustrate how programs in health, agriculture, food assistance, and Water, Sanitation, and Hygiene (WASH) will work together as a comprehensive package of investments to improve nutrition outcomes. USAID’s assessment indicates that its missions in both Bangladesh and Guatemala have developed such internal multi-sectoral nutrition strategies.

But there is still much to be done to fully operationalize the USAID Multi-Sectoral Nutrition Strategy and meet both the 2025 global nutrition targets and the 2030 Agenda. Bread for the World Institute recommended that nutrition focal points/coordinators be made permanent positions. These staff members would function as Mission Nutrition Advisors, overseeing all nutrition programming across funding streams in the mission. In addition, the annual budget requests for nutrition—as well as the actual appropriations—remain too low. Finally, Agency-wide nutrition metrics should be organized and updated so that all investments work toward the same nutrition targets.

Bread for the World Institute welcomes USAID’s initial assessment of progress on its Multi-Sectoral Nutrition Strategy and looks forward to working with USAID to more fully operationalize the Strategy and achieve improved nutrition for all vulnerable women and children.

Having the Strategy in place has enabled and catalyzed platforms for collaboration, coordination, and multi-sectoral planning.