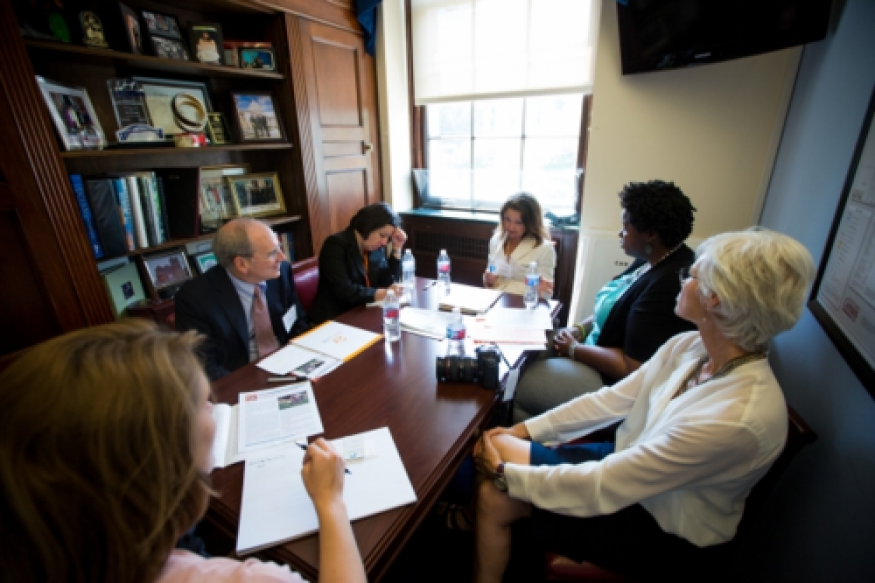 How did your state's delegation in the U.S. Congress stand on legislation during the 114th Congress (2015-2016) that would end hunger and poverty in the United States and around the world?

These records, broken down by state, detail the support of legislation addressing both domestic and international issues. It shows how representatives and senators co-sponsored (or not) legislation and how they voted on legislation.

For the 114th Congress, Bread for the World has urged lawmakers to protect programs for low-income individuals and families by:

During this election season, this voting record can be a helpful resource as you listen to candidates debate the issues that are important to you.

Bread members can also use the information here to thank members of Congress who supported our efforts to make ending a hunger a national priority and to voice concern about votes that will result in more hunger.

One-page fact sheets that show the prevalence of hunger and poverty for each state plus Washington, D.C.