Bread for the World is a collective Christian voice urging our nation's leaders to end hunger at home and abroad. God's grace in Jesus Christ moves us to help our neighbors, whether they live in the next house, the next state, or the next continent. We are an organization that operates on the principle that Christians are motivated by their faith to address hunger around the world.

Bread works to address the causes of hunger and the conditions that allow it to persist. We believe that our federal government has the resources, power, and influence to change these conditions so that we can end hunger in our time. Bread believes that it is the moral calling of Christians to be politically engaged.

Practicing faith-filled citizenship is our right under the U.S. Constitution. Hunger is a profoundly political issue and one that should be a top concern of our federal government. We are serving God when we raise issues of hunger and poverty with our government.

When we as members of churches and individual Christians across the U.S. speak the same message to Congress about ending hunger, we are more likely to be heard. When we speak collectively, we are stronger, and we speak with a louder voice.

Corporations and interests have powerful lobby groups on Capitol Hill. The message of ending hunger can also be given to decision makers from a powerful lobby group. Its name is the Church, and our lobbyists are Christians exercising their rights and responsibilities as U.S. citizens and residents.

Bread can be a resource and partner with you to empower your family, church, social ministry committee, campus group, community network, or Bible study group to raise its voice to end hunger. 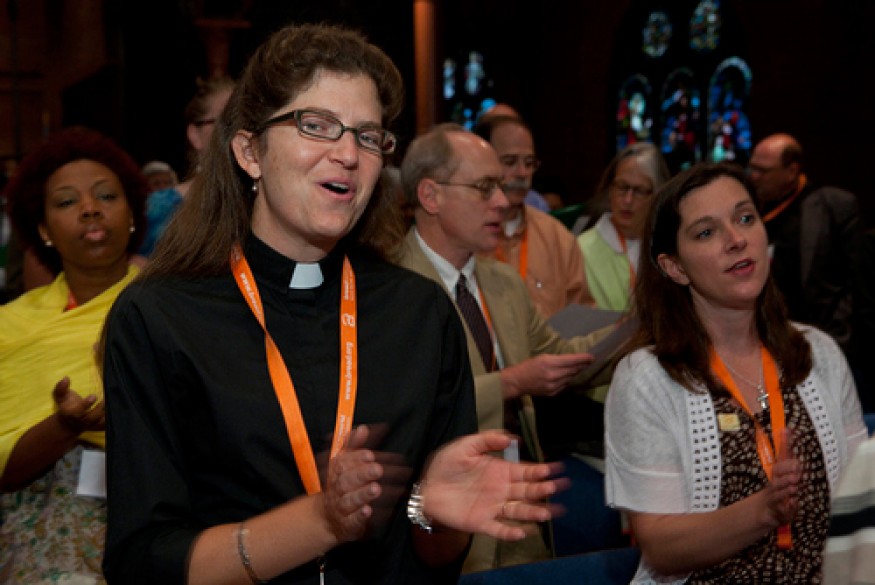 Bread has positioned ourselves to address hunger as a global problem through advocacy. We connect Christians across the U.S. with their members of Congress in order to build the political will to end hunger.

Many Christians belong to a church, a place where they worship and practice their faith.

As living institutions, serving communities, churches are especially important in telling the story of hunger and fostering change.

"We support Bread for the World because it magnifies our voice on behalf of hungry people."