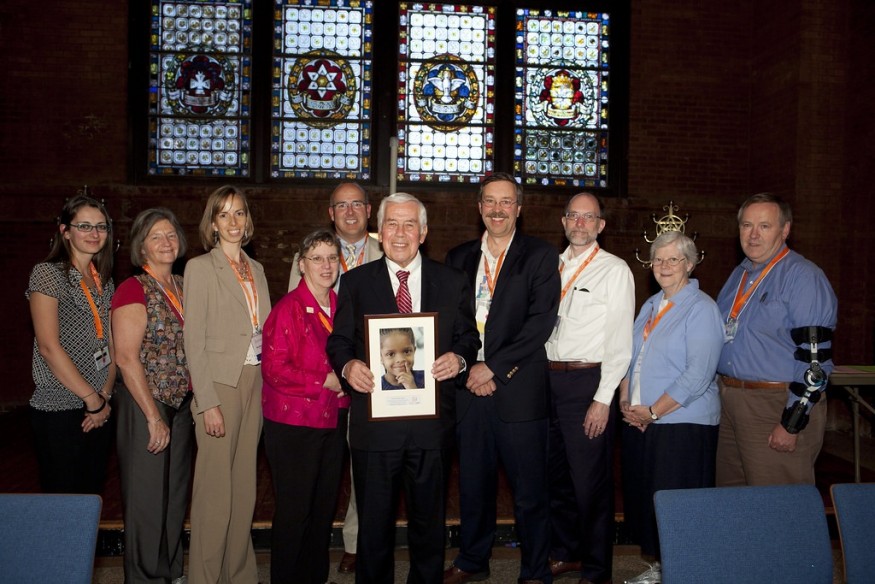 Washington, D.C. – Bread for the World mourns the passing of Senator Richard Lugar (R-Ind) on Sunday, April 28. Senator Lugar was a bipartisan leader on both international and domestic hunger issues. In 2011, Senator Lugar received Bread’s annual award presented to members of Congress who have illustrated outstanding leadership on issues important to people living in hunger and poverty.

“Senator Lugar was a true champion for people living in hunger both in the United States and around the world. He introduced the original Global Food Security Act along with Senator Bob Casey, a Democrat from Pennsylvania, in 2009, and was a strong supporter of domestic programs such as the Supplemental Nutrition Assistance Program (SNAP). In fact, there might not be a strong SNAP program today if it wasn’t for Senator Lugar’s defense of the program when he was chair of the Senate Agriculture Committee.”

“I had a memorable encounter with Senator Lugar when President George W. Bush signed the African Growth and Opportunity Act in 2004. I was talking with the president about the need for Congress to fund the Millennium Challenge Corporation (MCC), then a new channel for aid to developing countries. President Bush walked me over to Senator Lugar, who was then chair of the Foreign Relations Committee. The president asked Senator Lugar for his help with funding for the MCC. When the president stepped away, Senator Lugar’s thoughts immediately turned to a letter he had recently received from a constituent, Connie Wick. Connie organized Bread for the World letter-writing to Congress on hunger issues from the Robin Run Retirement Home in Indianapolis. I was impressed by Senator Lugar’s respect for one of his constituents, and by the way he took her views into account as he considered a request from the president of the United States.