We can end hunger.

The proof is the amazing progress the world has made in just the past two generations. In 1960, 1 in 3 people was hungry. Today, chronic hunger affects 1 in every 8 or 9 people – about 795 million people worldwide.

But with so many people going hungry daily, hunger is still a huge problem. Picture all the people in the United States and the European Union. Almost that many people simply don’t have enough to eat.

Hunger causes immense suffering and sometimes death. The dead are most commonly young children – thousands every day, year after year. Those who survive early childhood malnutrition face lifelong health and learning problems. They are robbed of their God-given potential.

Adults – workers and parents – can’t be fully productive without enough nutritious food. Countries where many people are hungry have weaker economies. And as long as people are hungry, the world is less secure.

But with access to opportunity and the right tools, people can create change. They can do it no matter where they live.

Take Bangladesh, which has millions of hungry people. Farmers there face unusually challenging conditions. A third of the country floods every year, and much of the soil contains arsenic. Yet Bangladesh has made dramatic progress. Hunger and malnutrition have decreased dramatically.

Here in the United States, children rarely die of hunger. However, 1 in every 5 children in the U.S. is uncertain about having food to eat. Their families may regularly run out of grocery money. Many children who “look healthy” do not get enough nutrients. Their health and ability to learn in school are weakened.

Bread and its partners tell our nation’s decision makers that we can’t tolerate hunger anywhere. The government can’t end hunger by itself, but government commitment is crucial to the progress that is possible. For example, Brazil’s nationwide “Zero Hunger” effort made impressive progress in just 10 years. Britain has reduced poverty since the late 1990s.

We can virtually end hunger in our time.

Each person who takes action with Bread for the World helps us get closer to that goal. When we speak up and urge our nation’s decision makers to help end hunger in our country and around the world, we are making it happen together.

"They will hunger no more, and thirst no more." 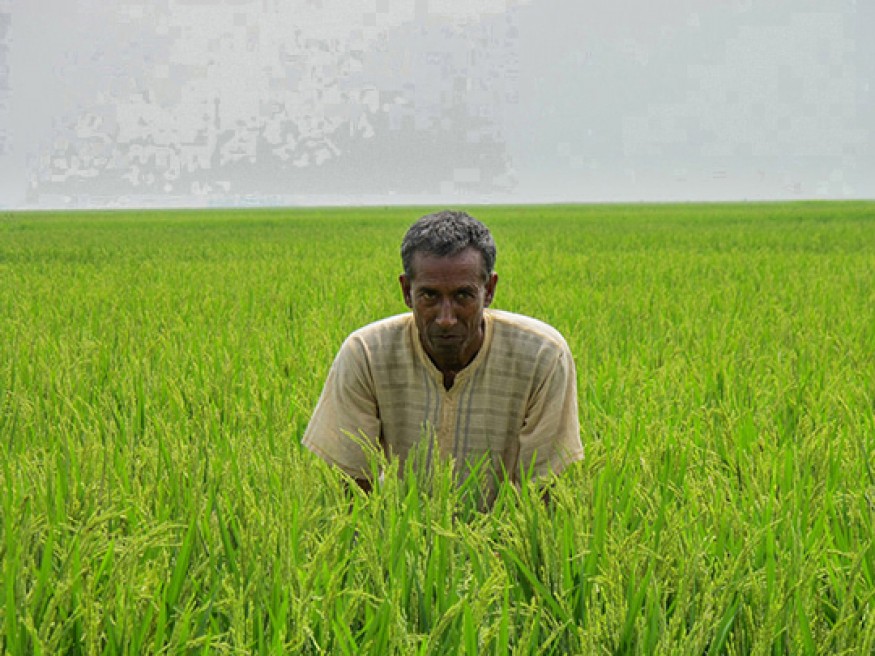 Everyone feels hungry on a daily basis. Most people are able to satisfy this craving and need. Even if not immediately, they can count on having a meal or snack within hours. This is not the type of hunger that Bread is concerned with.

People who suffer chronic hunger don’t have the option of eating when they are hungry. They do not get enough calories, essential nutrients, or both. People who are hungry have an ongoing problem with getting food to eat. They have a primary need--how to feed themselves and their children today and tomorrow. They have little energy for anything else. Worldwide, the number of hungry people has dropped significantly over the past two decades, but 821 million people continue to struggle with hunger every day.

Many factors contribute to the state of hunger both in the United States and abroad. The reasons are complex and varied, and often interconnected. Where does hunger exist?

822 million people experience hunger every day. Hunger exists in the U.S. just as it does overseas. In the last few decades, the world as a whole, and developing countries in particular, have seen steady but slow progress against hunger. According to the U.N. Food and Agriculture Organization, the percentage of the world’s population that is undernourished has decreased from 23.4 percent in 1990-92 to 13.5 percent in 2012-14. That progress, however, is uneven across regions. Anybody can experience hunger at any time. But certain groups and people living under certain conditions are more at risk of hunger. Bread is concerned about hunger throughout the entire U.S. and world, and so we speak in broad, general terms.