When Kelli Moore visits her local community college, the trip is often two-fold: attend the classes she’s taking for her business degree and stock up on supplies at the campus food pantry.

The stereotype of the starving college student is rarely taken seriously, but for people like Moore — a 46-year-old mother of two who relies primarily on SNAP (formerly known as food stamps) to feed her family — hunger is all too real.

“The last five years for me have been extremely humbling,” said Moore, who lost her job, her marriage, and her home in the wake of the Great Recession.

She moved from Charlotte to Huntington, W.V., in 2014 to be closer to her ex-husband, but he became disabled a few months later, and Moore found herself caring for him and their two sons. 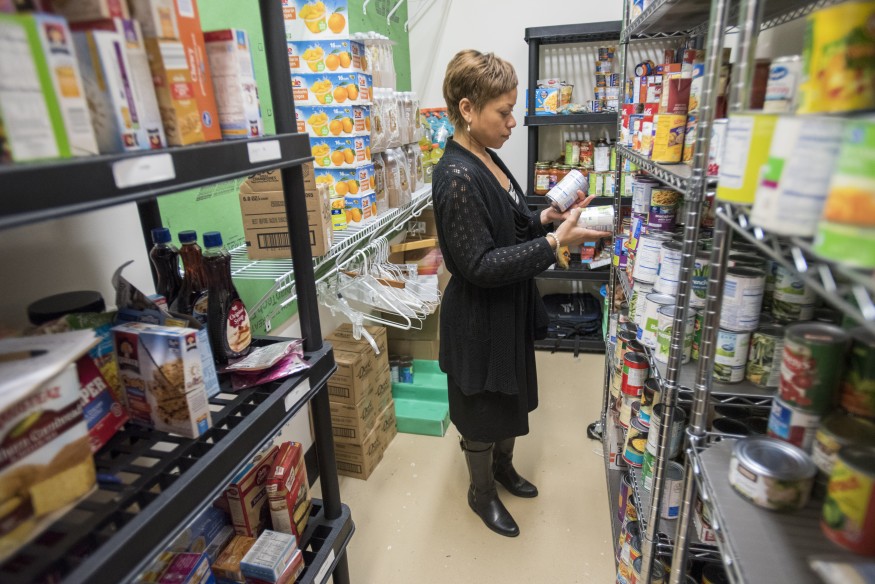 “I noticed a lot of students were coming to see me because of a lack of basic resources like food, utilities, and funds to live day to day,” said Candace Layne, a mental health counselor at Mountwest Community and Technical College, where Moore attends. When Layne suggested opening an on-campus food pantry two years ago, she says her boss jumped at the idea.

Hundreds of universities and colleges like Mountwest have introduced campus food pantries in recent years. Nearly 300 schools belong to the College and University Food Bank Alliance, a national group that helps institutions set up food pantries, and that number has more than doubled since 2014. An increase in jobs requiring post-secondary education, coupled with booming tuition costs, means schools are seeing more cash-strapped students than ever.

“College isn’t a rich person’s opportunity anymore,” said Jane Jakubczak, a dietitian nutritionist at the University of Maryland in College Park, just outside Washington, D.C. Despite in-state tuition of roughly $10,000 a year, Jakubczak says she meets students almost weekly who are struggling to pay for basic necessities like food.

UMD opened its own food pantry for students and campus employees in 2014. Visitors can choose any 10 items, which range from canned foods to pastas to seasonal vegetables harvested from an on-campus farm. The pantry served 176 clients in the fall semester of 2015 — up from an average of 80 people per semester the previous year.

“I don’t know the last time I’ve actually bought groceries,” said Christine Janumala, a 21-year-old junior majoring in creative writing at Columbia University in New York. In order to limit her student loan debt, Janumala saves money by living in a cheap Brooklyn apartment, working part-time, and scavenging for free food available on campus. With an unemployed mother and a father earning minimum wage, asking her family for financial help is not an option.

“I want an Ivy League education. I want the academic rigor I’m getting at Columbia — even if it means I have to forage for food,” said Janumala. She also takes advantage of an “emergency meal” program launched by the school last year, which gives students in need six free meal tickets per semester to use in the dining halls. Columbia doesn’t have a food pantry yet, but a student group is petitioning to create one. 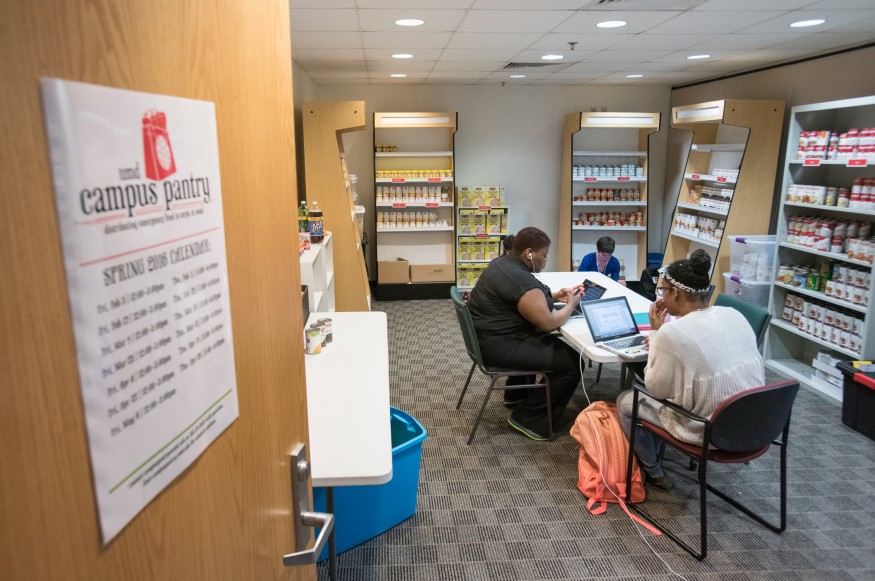 What’s the universe of hunger at universities?

Limited research exists on food security among college students, but recent data gathered by researchers at California State University and the University of Wisconsin–Madison paints a grim picture.

Over 20 percent of students across CSU’s 23 campuses encountered food insecurity, and 10 percent faced unstable housing situations, according to a study released by the school in January.

The statistics are even worse at community colleges, where students are more likely to live off campus or have family members to support. A survey released in December by UW’s Wisconsin HOPE Lab found that over half of community college students reported food insecurity and 13 percent had experienced homelessness within the last year.

Food insecurity is a standard term in the anti-hunger community. The U.S. Department of Agriculture defines it as not having regular, reliable access to the foods needed for good health. Research also shows that students lacking proper nutrition have a harder time focusing and retaining knowledge, which are both crucial to doing well in college, says Jakubczak.

“I was a bit nervous and apprehensive to disclose some things,” said Jerome Sylvester, a 42-year-old Mountwest student who moved to West Virginia to help his sister care for her children after she was diagnosed with cancer. “We were living off one pack of chopped meat and Hamburger Helper and Ramen noodles, to be honest.”

When his academic counselor heard about his situation, she not only guided him to the food pantry, but also helped him get more financial aid to pay his overdue rent.

“They spoke to my landlord. It was amazing,” said Sylvester. “If it wasn’t for them, I wouldn’t be able to have a roof over my head right now.”

“Do I pay for my books at the beginning of the semester, or am I paying for food? Those are the types of situations our students are dealing with on a regular basis,” said Wilson. “It’s difficult for somebody to walk into a campus pantry and express a need for help.”

Between a local food bank and the campus pantry, Moore says her family always has something to eat now. Kind gestures from Mountwest staff, like donating presents for her sons at Christmastime, have also helped her stay positive.

“I’m doing what I need to do to better my family and get back to where we were before,” she said. “I need to do this for me.”

All photos by Lacey Johnson for Bread for the World.

“Do I pay for my books at the beginning of the semester, or am I paying for food?”

Sarah Wilson, a Health and Welnness Coordinator at Univ. of Maryland