Editor’s note: Ahead of the presidential November election, Bread Blog is exploring faith and elections through the lens of different faith perspectives. The blog posts will be written by members of Bread’s church relations staff and friends of Bread for the World.

Even as a child, I was fiercely independent. I played on the swings when everyone else was jumping rope. I insisted on packing my Blue’s Clues lunchbox myself. And I would have rather stayed inside than be forced to accept help with tying my shoes.

There are many things I could attribute this independence to. My leadership role as the oldest child, the example of self-sufficiency set by my parents, and a desire to establish myself among my peers are among the possibilities.

Each of these reasons is undergirded by my ties to the Cooperative Baptist Fellowship (CBF) over the course of my life.

This concept is represented on an individual level as well in the principle of the “priesthood of all believers.” This says that every single follower of Christ has the intellect and spirituality necessary to interpret Scripture for him or herself and then to use that interpretation to guide his/her life upon righteous paths.

Out of this principle comes a unique learning opportunity. Because of the diversity in interpretations within the congregation, everyone must come to Bibles studies, small groups, and informal gatherings prepared to discuss these interpretations with open hearts, minds, and – most importantly – ears.

By listening to the varied understandings of others, we not only validate those sharing their experiences, but we also learn more about our own conclusions and sometimes even alter them based on another person’s comments.

Perhaps this model would be effective in this contentious political season. It could expand beyond the pews of our churches to the benches across from newsstands, to the watercoolers in our offices, and to the tables in our coffee shops.

As a Christian community, we have a unique opportunity – and obligation – to defuse divisiveness during this ruthless election cycle. We can do this by engaging in meaningful dialogue, especially with those who have interpreted political concepts differently. We can respectfully acknowledge differences and celebrate common ground. We can display a posture of good intention and give the benefit of the doubt that others are doing the same.

In the words of President Obama spoken at the recent memorial service for the police officers killed in Dallas, “Can we find the character, as Americans, to open our hearts to each other? Can we see in each other a common humanity and a shared dignity and recognize how our different experiences have shaped us?”

If we can, we’ll learn from each other’s opinions, rejoice in diversity of thought, and move toward an understanding built on compassion and respect.

Let’s discover what can happen if we dare to shout less and listen more, to embrace without rejecting, to be challenged instead of defensive.

Even in an election year, let’s dare to be God’s people.

Hope Watson is an intern in the church relations department at Bread for the World. 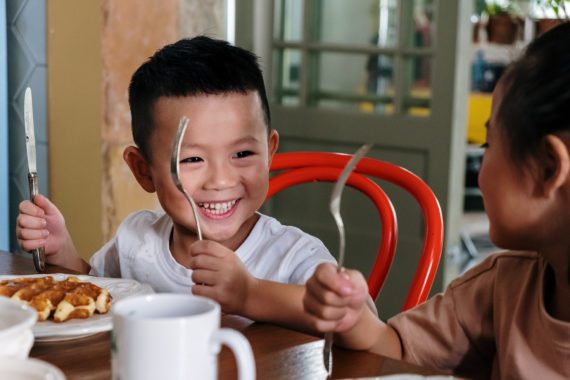 By Rick Steves Match met —more than $1.34 million raised! Thank you for responding to my annual matching...