It’s around 10:00 on a morning in October, and already the African sun is beating down, hinting at another hot and still day. In the shade in a clearing in the village of Chimudomba in eastern Zambia, a group of ten mothers and their babies and toddlers sit on mats.

Margret Zimba is beginning her lesson with the women. As a warm-up and review of previous lessons, she started by singing a song with the women in their native language. “How many times should a child eat per day?” the song simultaneously asks and teaches. The women clap and dance while singing. It’s an easy way to get a simple but important message across to the mothers.

Zimba lives in the village and received training to be a volunteer nutrition leader from the Mawa program, run by U.S.-based Catholic Relief Services. Mawa operates with funds from the U.S. Agency for International Development (USAID), a major way our federal government carries out its response to hunger and poverty overseas.

If a mother eats well, it’s easier to deliver her child … you find a difference even in the children

Margaret Zimba speaking in the village of Chimudomba in eastern Zambia 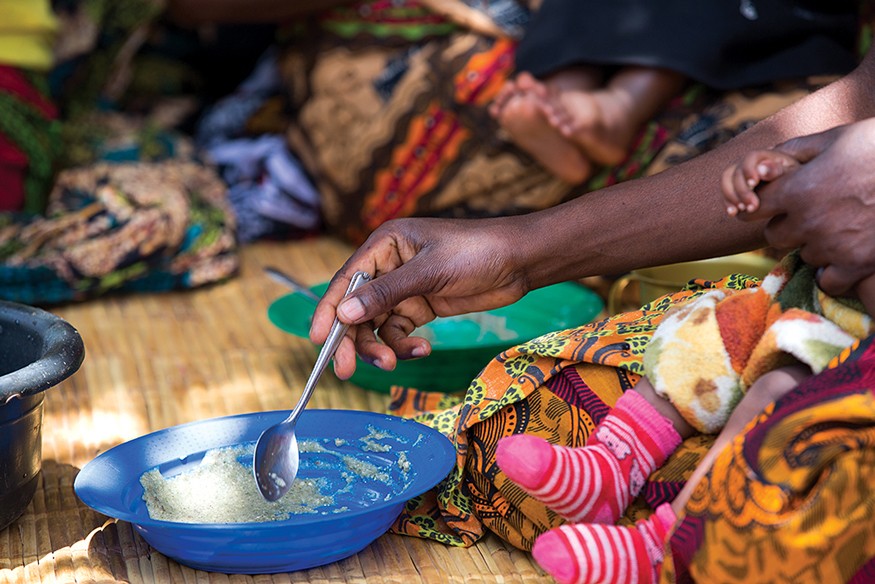 Mothers and Children Surviving and Thriving

Giving children enough food and nutrients early in life is a proven way to prevent problems such as stunted growth, learning problems, and poor health, which can affect people for a lifetime.

Good nutrition is also important for pregnant mothers. Every year, thousands of women in developing countries die during childbirth. “If a mother eats well, it is easier to deliver a child, and they are not going to lose a lot of blood during delivery,” Zimba explains. “You find a difference even in the children when the mother eats well during her pregnancy.” What Mawa teaches is the business of keeping people alive and healthy. It’s critical in places like this village, where most families are subsistence farmers. During the “hunger season” in February and March — before new crops are harvested but after the previous year’s crops have run out — these families sometimes experience severe malnutrtion.

On this day, Zimba is giving the fifth lesson in a series of 12 in the village. Today’s lesson will include a cooking demonstration. She teaches that just as adults in the village usually eat a variety of foods, young children’s rapidly growing bodies need as balanced diet as well, but a baby can’t chew foods like peanuts, which are high in protein. Zimba demonstrates how to grind up peanuts and black-eyed peas to add to the corn-based porridge normally given to children so they can get nutrients from different types of food. Zimba will return with the mothers to the mats later as they feed the new porridge mixture to their children in amounts based on their age.

Through this hands-on learning, mothers and babies are on the road to a better, healthier life. 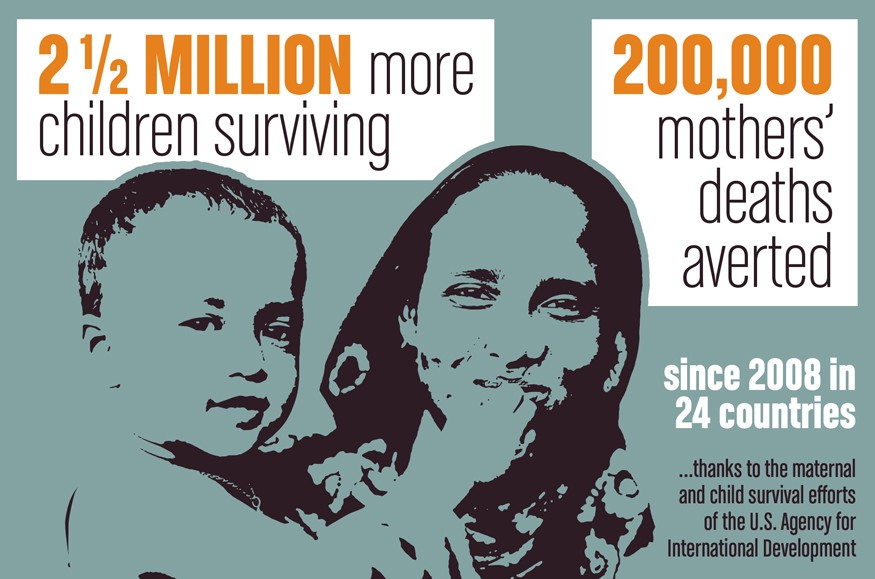