2017 Lobby Day: Faith leaders in the era of Trump 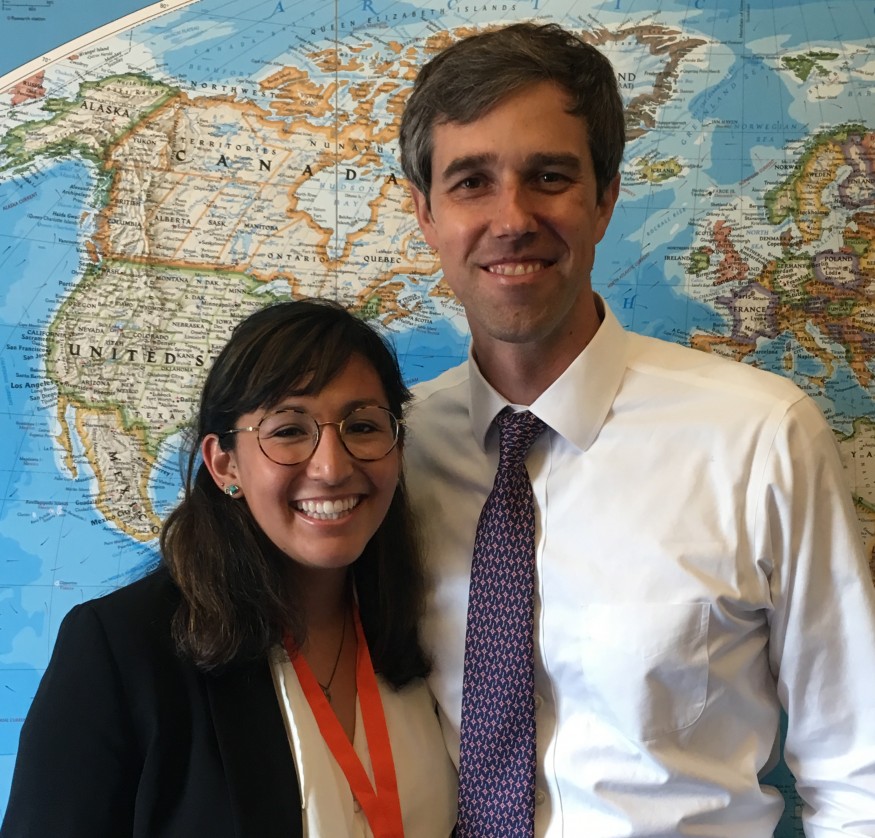 Editor's note: This story first appeared on the website of the Robert Strauss Center for International Security and Law at the University of Texas at Austin.

The commonly cited metaphor by Thomas Jefferson, calls for the “separation of church and state,” which has been used to counter a wide array of policy decisions. As we have seen with numerous policy proposals both past and present, religion is not always separated from affairs of the state. In fact, sometimes religion has been used to justify the passage of harmful legislation. So how do we find a balance of religious influence in politics that actually exemplifies the teachings of Christ while respecting our legislative process? This is a loaded question, one that will draw a wide range of answers.

Given the current political climate, I have caught myself asking, where are our faith leaders in all of this? The realization after my internship at Bread for the World is that they are actively watching, listening, and also resisting. I witnessed over 400 faith leaders convene on June 13 in the swamp we know as, Capitol Hill. Bread members came from every region of the U.S. to attend over 200 meetings with their perspective U.S. senators and representatives.

Bread is an organization with a collective Christian voice that advocates for hunger relief both domestically and abroad with the goal of ending hunger by 2030. The organization is well-respected and recognized on the Hill and internationally for its work on food security issues. They have held many lobby days in the past, but something was different in the scorching hot air this time around, Donald Trump is the president. Lobby day attracted double the usual crowd who represented individuals from all over the political and religious spectrum. In the morning session, Eric Mitchell, director of government relations was met with loud applause when he stated, “For those who are Bible readers, there is a season for everything. There is a season for silence. And there is a season to speak. This is not the time to be silent.”

Currently in Washington, D.C, it’s budget season and the Trump administration has made it loud and clear they want to cut and structurally change SNAP (formerly food stamps), while striping foreign aid spending to focus on what they consider more important - military spending and border security. Also looming is the state of health care for the country. Given the critical state of our country, Bread members asked lawmakers to:

The first point informed lawmakers that budget cuts that reduce access to basic cuts in nutrition and health will increase hunger. Currently, 1 in 8 households face food insecurity in the U.S. while 800 million people in the world are hungry. The second point highlights the need for safety-net programs in the U.S. such as SNAP, Medicaid, and refundable tax credits which help reduce hunger. Internationally, there was an urge to provide no less than 60 billion in the fiscal year 2018 budget to the international affairs budget. Lastly, structural changes to these necessary programs is highly opposed, such as block grant or per capita caps, because programs like SNAP are working in their current form.

The budget takes an isolationist approach by proposing to reduce the scope the U.S. has on international aid. While advocating for international aid increase, a staffer in U.S. Sen. Ted Cruz’s office countered that foreign aid programs lack transparency and there is little evidence that there has been an impact on the U.S. providing such aid. LBJ Professor Kate Weaver, who was in the meeting, expressed that by investing in foreign aid, less than 1 percent of the total federal budget, you reduce your need for military spending due to relationships and stability in countries international aid supports. Other Bread policy analyst have pointed out if we are not there, other nations will be there, like China or Russia, which could be detrimental to our national security. Therefore, food security is a national security issue.

Lobby day was powerful in multiple ways. As a former state legislature intern, I knew the whole routine of others advocating for their cause. However, being the person to prep others on how to lobby and deliver the message was empowering. A main highlight was advocating on behalf of my El Paso family to their lawmaker, U.S. Rep. Beto O’Rourke. O'Rourke was one of the few members we met in person, and he actively listened to our concerns and assured us of his future plans to support Bread in our fight to end hunger.

This lobby day revealed how far faith leaders are willing to go in times of darkness. If you are not religious, I urge you to not count out faith leaders for they have the ability to serve and advocate for underserved communities. If you are religious, I urge you to work with those who do not share your views or religion, and find common ground, such as hunger relief, to unite us. Bread's lobby day was a great example on how to mobilize and unify people from different backgrounds and faiths to join together on the mission to end hunger.

Cassie Davis is the Crook Fellow at the Bread for the World Institute and a dual-degree graduate student at the LBJ School of Public Affairs at the University of Texas at Austin and the UT School of Public Health, where she studies both food security issues and public health interventions.

Given the current political climate, I have caught myself asking, where are our faith leaders in all of this?