The 2020 Hunger Report and the Coronavirus pandemic 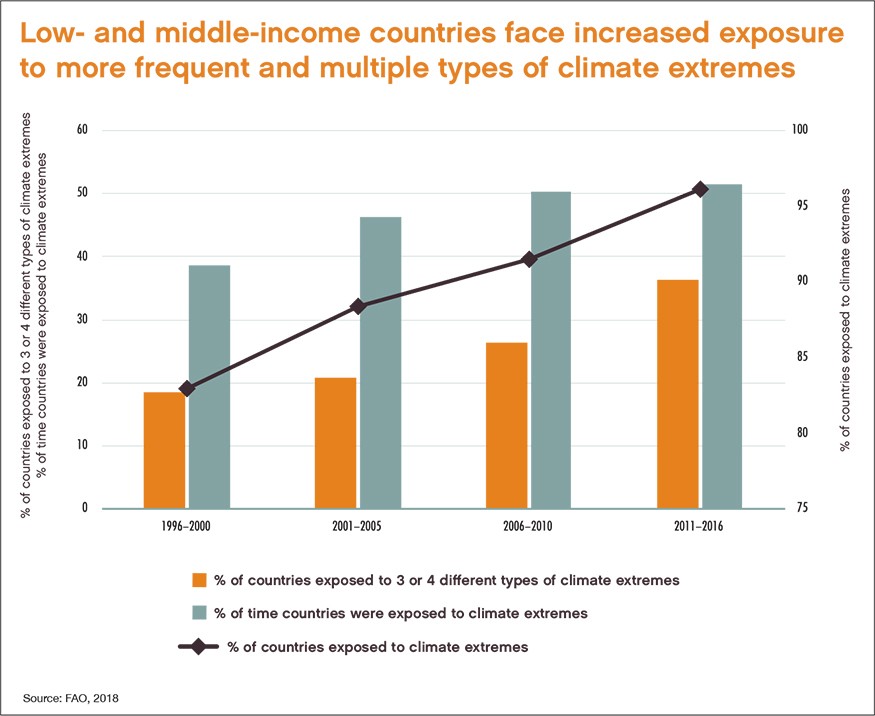 Editor's note: This article is part of the April 2020 issue of Institute Insights.

Bread for the World Institute’s 2020 Hunger Report, Better Nutrition, Better Tomorrow, is about the role of food systems in ending hunger and malnutrition. It will be released in late April.

Insights readers may notice that Better Nutrition, Better Tomorrow is also the name of Bread for the World’s current Offering of Letters (OL). The 2020 Hunger Report, like the OL, is focused on helping families here in the United States and around the world get the nutrition they need to lead healthy lives.

As we began to make final preparations for the Hunger Report’s release, the COVID-19 pandemic reached the United States. Life as many people knew it changed dramatically in a matter of days—mainly in late February through late March, depending on the state. At this writing, which countries and communities will be hit hardest in the end, the impact on the global economy, and how long it will be before people can begin recovery efforts are all unknown. At one point, one-third of the entire global population was on lockdown or “shelter in place,” and this may not turn out to be the highest proportion of the pandemic.

There are plenty of reasons to be concerned about food systems in light of the COVID-19 pandemic. I can’t cover them all here, but I’ll touch on how COVID-19 relates to some of the main issues covered in this year’s Hunger Report.

Food systems are just what the name implies—how societies organize to feed people. The food system is by definition the vehicle for accessing a healthy diet, and, of course, what people eat is the key to improving their nutritional status. Globally, an unhealthy diet is now the leading risk factor for early death. Health problems related to diet, such as diabetes and heart disease, put people at higher risk of death if they contract COVID-19.

Without good nutrition to boost their immune systems, no individuals are well prepared to survive the virus when it arrives in their community. It will become clear that hunger and malnutrition are public health problems that are important all the time, not just during pandemics.

One chapter in the upcoming Hunger Report shows how food systems contribute to climate change. The global food system is responsible for up to 30 percent of greenhouse gas emissions. The Amazon is being deforested primarily to clear the land for cattle grazing. If people in rich countries ate less meat, it could become possible to halt deforestation and/or begin to reforest various areas. Large reforested areas might even be capable of storing or “sequestering” enough carbon dioxide to begin to reverse climate change. The key is in adapting Western-style diets to promote both health and sustainability.

Deforestation also contributes to human vulnerability to zoonotic diseases. COVID-19 is a zoonotic disease, meaning it is caused by an infectious virus that is carried by wildlife, to whom it may or may not be harmful. In this case, bats may have been the original carriers, and an intermediary species that hosted the virus was possibly a type of anteater called a pangolin. Humans clearing vast land areas for food production then came in closer contact with these hosts and contracted the virus themselves. The human species has no immunity to the novel (new to us) coronavirus that first appeared in people sometime in late 2019. And sadly, this particular coronavirus is obviously harmful to humans.

In a review of scientific studies covering the last 80 years, researchers found that agricultural practices were responsible for 50 percent of zoonotic diseases, and they wrote that the proportion “will likely increase as agriculture expands and intensifies.”

Another aspect of the food system in the Hunger Report is the role of the people who work in various parts of the system to ensure that those around them, and often people in faraway countries as well, have food to eat. During the COVID-19 pandemic, food workers in a wide range of roles remain on the job: planting and harvesting crops, processing food in factories, serving customers in drive-through lines, driving long-distance truck routes, stocking food in the supermarket, and the list goes on.

The U.S. public has gained more appreciation of the importance of food workers since the pandemic began. As more people became aware that few of the workers who prepare and serve their food in restaurants have paid sick leave, public support for requiring employers to provide it has grown. This is both because people are concerned for the workers and because they are concerned for their own safety and the safety of their families.

Around the world, most food system workers have little or no protection—from hunger and disease if their crops fail, from injuries in dangerous workplaces, from losing their jobs if a child is sick or the car breaks down. Since the COVID-19 pandemic began, workers whose jobs require frequent interaction with the public are at higher risk of contracting the virus, and they are less likely to have good health insurance coverage if they or their family members become seriously ill. The pandemic underlines the urgency of reducing the deep levels of economic inequality found both between and within countries.

Without good nutrition to boost their immune systems, no individuals are well prepared to survive the virus when it arrives in their community.