Activists in Action: Ask and you shall receive 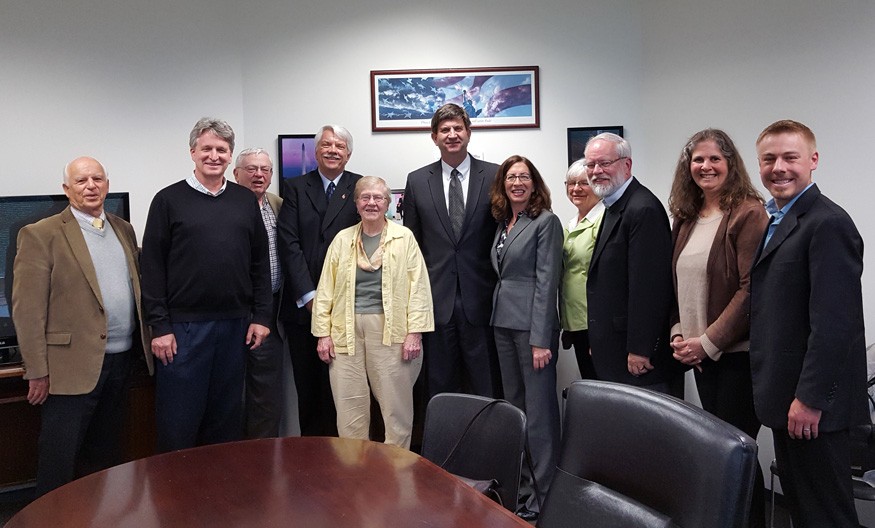 Minnesotan Janet Humphrey had some good news to share with her friends.

After receiving an email from Bread for the World instructing her to ask her member of Congress to approve $1 billion in funding for famine, Humphrey was skeptical that her call would matter. It seemed like a long shot, given the current political environment, that Congress would include such a large amount of humanitarian aid in the budget.  She dialed her U.S. congresswoman Betty McCollum (D-MN-04) anyway.

“I called the D.C. office of Betty McCollum and told the admin that I wanted to support Bread for the World's request for an additional $1 billion  for famine relief in the fiscal year  2017 budget.” Humphrey said.  “The admin asked, did you say billion, with a ‘B’?”

After telling the staffer that she did indeed mean billion, Humphrey forgot about the call.

A few weeks later she received another email from Bread’s president David Beckmann telling her that the spending bill had passed and included $1.1 billion in additional funding for famine relief.

“I was completely amazed,” Humphrey said. “Ask and you shall receive."

Humphrey’s call, and the calls  thousands of others made along with her,  will save lives. Famine threatens the lives of an estimated 20 million people in Nigeria, South Sudan, Somalia, and Yemen.  Aid is urgently needed to stop widespread starvation.

Bread members responded to this urgency in record time. Our leaders sounded the alarm that famine is an issue that the faith community cares about.  In April, a group of religious leaders met with U.S. Rep. Brad Schneider (D-IL-10) on foreign assistance.

Each advocacy action contributed to this win. The meetings and phone calls that took place across the U.S. were critical to ensuring that Congress included the lifesaving aid in the spending bill.

Ryan Quinn, Bread for the World’s senior international policy analyst, said that even a couple of months ago, no one considered that it would be possible to get Congress to approve the funding.  “This is a win we should celebrate,”  Quinn said.  “The lives that will be saved are numerous.”