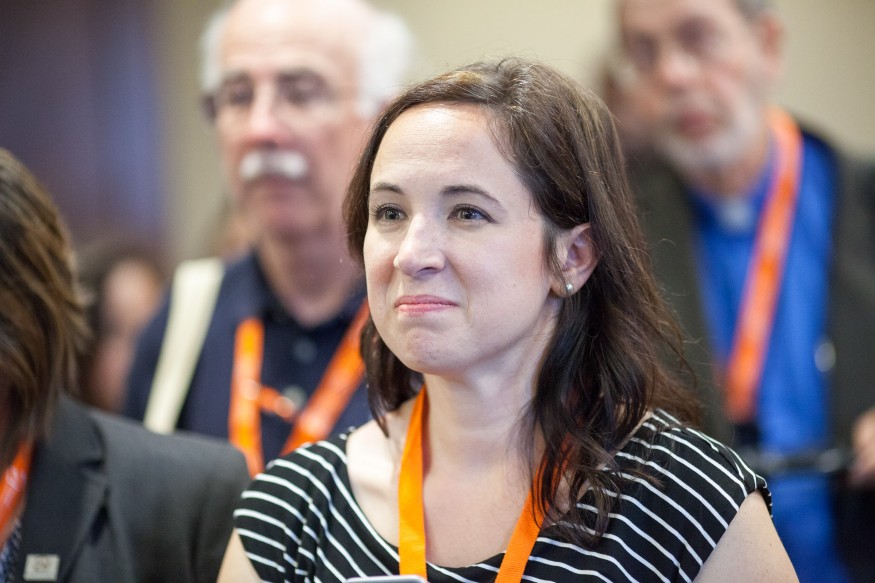 Bread’s members aren’t your run-of-the-mill activists, and Ohio’s Emily Huestis is a prime example of that. She is the type of leader that gets noticed — and she does it with kindness and compassion.

Before coming to Bread’s annual Lobby Day earlier this month, Huestis decided to do some research on her member of Congress, U.S. Rep. Bob Gibbs (Ohio-07). His birthday fell on the day after she was scheduled to visit his office in Washington, D.C.

That sparked an idea.

Huestis invited 25 other Bread activists to a birthday party for Gibbs  at a local eatery in her a town of Ashland, Ohio, calling it “Bob’s Birthday Bash.” Together, they each wrote a birthday card to Gibbs, wishing him a happy birthday and included Bread’s talking points on the budget and hunger that Huestis would be using at Lobby Day at her meeting.

She said: “I thought that some of the folks in my area that had been organizing with me could use just some time to hang out — that seemed less like a meeting but more like a community building exercise.”

Not only did the event help her build relationships in her own community, it helped her build a relationship with her member of Congress.

At Gibbs’ Washington, D.C., office,  Huestis sat down with legislative assistant Alex Briggs. The meeting started off with Huestis making the point that programs like SNAP (formerly known as food stamps) and Medicaid were vital to low-income Ohioans. She asked that Gibbs champion robust funding in the federal budget.  She punctuated her concerns about  proposed cuts to funding with stories from home and repeating “people are hungry.” Briggs listened and made noncommittal responses.

Then she handed him the cards and everything changed.  “You could see the human connection,” Huestis said. “It really warmed up the room.”

With a smile, Briggs looked at the cards in awe, noting that no one had ever done anything like that before for the congressman. Before Huestis  left the office, Briggs mentioned the possibility of an in-district meeting  with her group during the August recess. Huestis called this “huge.”

Huestis freely admits that she hasn’t always agreed with Gibbs  and has felt frustrated with his positions on policy that affect hunger.  It’s easy to fall into a pattern of animosity with our lawmakers, especially as hurt and anger drives so much of dialogue around politics these days.

“Modeling something other than that can be something really powerful,” Huestis said.

Her advice to advocates is that it is easy to put up shields, but better to build bridges.

Not only did the event help her build relationships in her own community, it helped her build a relationship with her member of Congress.