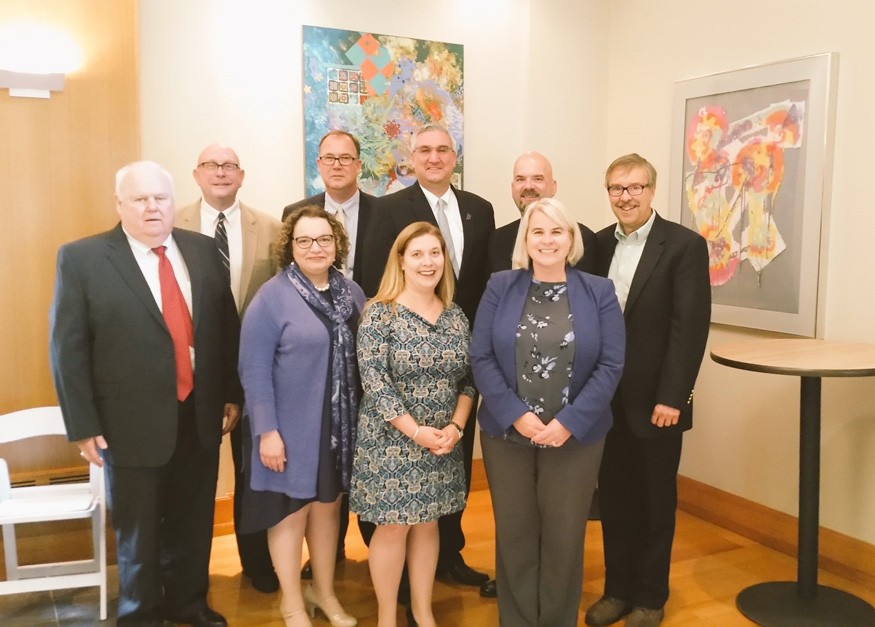 It is easy for the issue of hunger to get lost in today’s fast and furious news cycle. However, Dave Miner, a Bread for the World board member, decided to do something about that.

A long-time Bread leader in Indiana, Miner is fasting for 16 days, from Sept. 20 through Oct. 5, to raise awareness about hunger and proposed federal budget cuts to vital programs that help end hunger. After consulting with his doctor, Miner, who is 64 years old, is replacing solid food with water, electrolytes, and vitamins.

Immoral and inhuman is what Miner calls the House budget resolution that would cut Supplemental Nutrition Assistance Program (SNAP) by $150 billion over 10 years — a proposal being voted on this week. In Indiana, 1 of the 10 hungriest states in the U.S., a cut of this magnitude would translate into 50 million meals lost to vulnerable Hoosiers.

“I decided to try make people aware of this by giving up one meal for every million meals that would be lost to Hoosier kids, veteran, and seniors,” Miner told an Indianapolis news reporter in an interview aired on television.

The tactic to draw media attention to hunger in Indiana is working. Because of Miner, hunger and the proposed budget cuts have hit the Indiana news cycle, with Miner being interviewed several times, including being interviewed in the state’s leading newspaper, the Indy Star.

For Matt Gross, Bread for World’s co-director of grassroots organizing, coordinating a spiritual discipline with a strategic need is prescription for greater impact. “This has shown me the opportunities that arise when a solid leader takes an idea, prays about it, consults others, and really thinks through what can be done,” he said.

It’s a leadership model that Gross hope others will emulate.

Miner is also writing a blog series and hopes the fast will encourage others in Indiana not just to advocate, but get more deeply involved in the work of Bread for the World Indiana.

Ending hunger in Indiana and across the U.S. will take everyone. Families, churches, community groups, businesses, and government all need to do their part. Miner is certainly doing his part.

Last week, eight days into his fast, Miner sat at a lunch table with his fellow advocates and Indiana’s governor Eric Holcomb to talk about better collaboration at the state level and working together for public policy that can end hunger.

In front of him was an empty plate — a stark reminder to the governor and all of us what too many Hoosiers experience when they sit down to the table.

It is easy for the issue of hunger to get lost in today’s fast and furious news cycle.